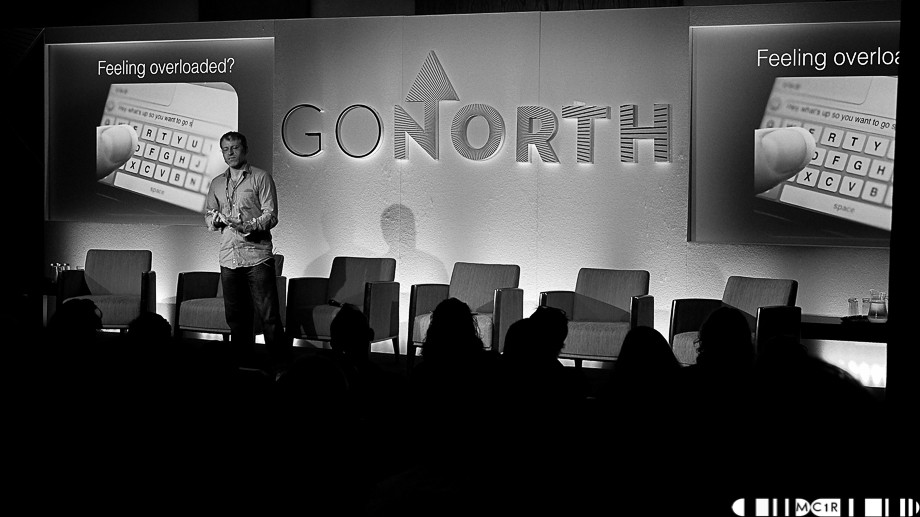 As I sit tonight in front out of my keyboard I look out my window and watch the sun going down and part of me is feeling that I am missing out on something. Part of that ‘something’ is Rockness which seemed to so naturally lead on from GoNorth, but also GoNorth has left its mark and I am no doubt like many that attended left feeling that something really positive has just taken place.

This year, with the absence of Rockness I grabbed the opportunity to immerse myself in GoNorth; not just the music showcases at night but the daytime programme, a decision that I did not regret.

I picked a couple of seminars on each of the days starting with Meet The Broadcast, Broadsheet & Tabloid Journalists. Siobhan Synott led a lively discussion with The Herald’s Alan Morrison, the Daily Record’s Paul English, freelance photographer Drew Farrell and stv’s Nicola McAlley.

After this I’d be very surprised if any of the attendees fell into the traps that would get their advances dismissed, and equally I would expect that the tips provided will have armed them well for future engagement. As I was to find out over the two days, each panellist had an enthusiasm not just for their work but the creative industries in general.

Similarly, MPG:Meet the Producers was equally insightful. Mick Glossop conducted the seminar bringing in seasoned producers Giles Perring, Simon Gogerly and Tony Doogan. The less seasoned Roddy Hart gave his input from both self-production and his engagement with producers. Any feeling that such industry revered producers were gods was dispelled when across the board they all had self doubt when a band moved to a different producer.

Most notable was the love of music by each in the way that they connected with bands. Simon Gogerly freely admitted that he gave up weekends to work on development bands in his spare time much to his family’s frustration. This was a very engaging session, and I would hope that those present had many myths dispelled and felt the true warmth that each felt towards music and also the role that a producer plays within the industry. 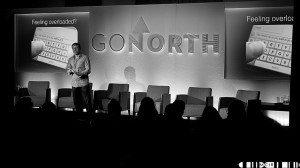 In among the seminars and the workshops was Radio GoNorth who were operating from the bar in the Mercure Hotel. If you timed it right you could pick up a range of live performances often under the watchful eye of key industry figures.

Thursday brought The Next Ten Years: Future Trends and Technologies. Although at times it went off topic, and never really reached to where we could be in ten years times it did bring about some lively debate. With Neil Cartwright leading Paul Sims, Matt Riley, Allie Shaw and Kate Baker they each gave us their insights. Most notably Matt wanted people to pick up phones and speak, Allie wanted kids to get outside, Paul believes we all have the opportunity to be involved in a major campaign for a big brand, and Kate suggested that one day we could all be printing our own clothes. And actually, I think they could all be right.

The afternoon session that I picked up was Same Old Story: Characters & Storytelling. Again it didn’t always follow the brief but that made it all the more pleasing. Donald Iain Brown fronted a panel of author Denise Mina, musician R M Hubbert, the multi-talented Chris Dolan, stand up comedian and not really an actor Michael Redmond, and Billy Boyd of the band Beecake and actor who if you didn’t know who he was please go home now.

Writing, as we discovered, was all about them. There was a little bit of them all in each character that they created, or a friend with the name changed of course. Except Hubby, it was just about him! Brutal honesty was delivered to the delegate from UHI, who effectively asked about the prospects for his graduates. It appears that there is no easy path to fame and riches. The overriding feeling from this panel is that they do what they do because they have a strong compulsion to do so. That is why they write, why they do stand up, why they get involved. This was a thoroughly enjoyable session; open and honest.

From the flavour of the seminars that I attended the creative industries are full of individuals who care passionately about, not just what they do, but also what those that are making their first steps in their careers are doing. With that, I repeat what I said at the beginning of this piece, I left feeling that something really positive had just taken place in Inverness.

Life on the air

Blowing the Lid Off

Give me the Grrrrrr

No Smoke Without Fire