In among the seminars, workshops, gigs and general festivities it was announced that the goNORTH brand would be replaced by XPO NORTH from next year. Dates for 2015 below;

The goNORTH brand originated twelve years ago in Aberdeen as a platform for Northern acts to show case to those in the music industry. Just as it’s base as moved further North, the remit of the festival has evolved to include far more of the creative industries. 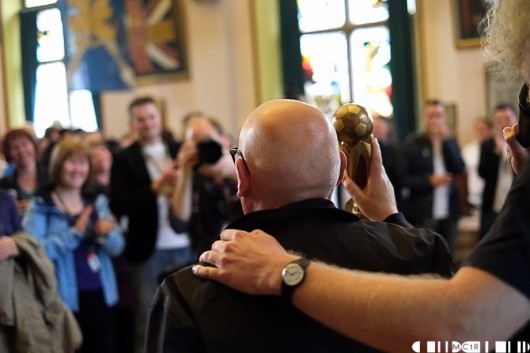 The re-branded festival will take place on Wednesday 10th and Thursday 11th June, 2015, in venues across the Highland capital.

On it’s official launch Amanda said: “This is a very exciting development for the creative industries in Scotland. The original festival started out in 2000 as a platform for musicians from the north of Scotland to be heard by the wider music industry in the Highlands.”

The music element of the organisation, rebranded as XpoNorth Music will be  managed by former goNORTH music producer Alex Smith  with Ironworks Group directors, Robert Hicks and Caroline Campbell.

In the meantime you can see all our goNORTH 2014 coverage and to keep up with all of the things going on in Inverness, sign up to our mailing list.