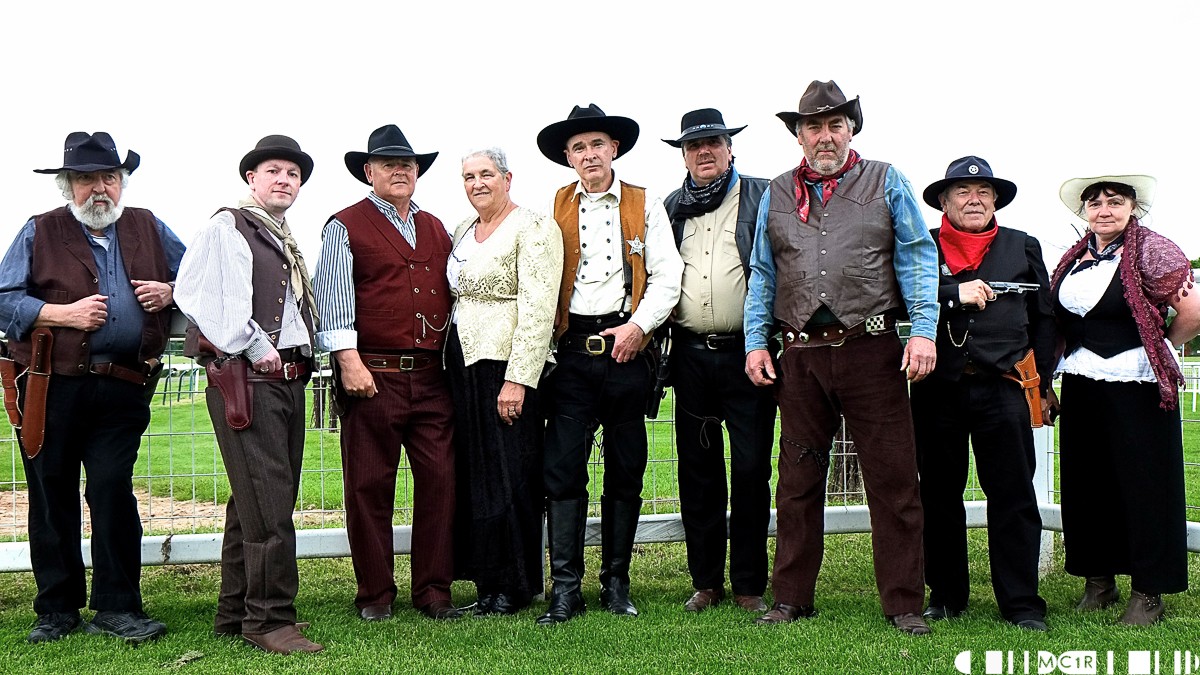 I saddle up and head south, crossing the border into the lone star state of Perth. This isn’t Inverness Gigs’ patch but it’s only a short haul down the A9 and I get there to find folks from further afield than me, from Wester Ross to Minnesota in fact.

This is the inaugural Americana Extravaganza ahead of tomorrows premier horse race event the Perth Gold Cup. The theme is Americana but the versatile Vanity Fair who appear three times during the day ensure that there is a broad enough appeal to keep the townsfolk peaceful. And if that doesn’t work then the Sherriff at the head of Tranquility Towns own posse –The Northern Rough Riders – is there to keep the peace, and put on a series of great set pieces. There is no shortage of variety and entertainment to keep this family oriented festival ticking along.

My own personal favourite was the bucking bronco challenge. Now there is an item that would have got funnier as the day stretched on. Alas, it wasn’t to be as the rain forecast for the afternoon rolled in an hour early: a slippery bronco is no laughing matter.

Spirits stayed high despite the weather, rain capes were handed out and the abundance of cowboy hats were duly tested, folks pulled their brollies into a circle and the show went on. Perhaps the family side would have went on further into the late evening if the weather had held but the crowd, sustained by top quality Hog Roast, great fish and chips, teas ‘n cawfee and of course the saloon, were not going to be denied their hoedown.

On that note when you have the likes of The David Latto Band and the Ballachulish Hellhounds providing the music then you’re going to have dancing. Earlier in the day we had been treated to the wonderful Charlie Roth and on the main stage The New Madrids and The Red Pine Timber Co. ripped into a crowd who were in fine fettle having been treated to Roberto Cassani and the Tickety-Two.

The Slim Panatella’s were never far from the action and there were a host of collaborations that saw Fash Stewart mix ’n match with The Federals; The Ellen Boys with Mary K Burk, Charlie Roth & Cigar Box Don . . . you get the idea, there was a lot going on. John Mitchell & Sofie Jonsson were on the receiving end of whoops and hollars as was Invergordon’s own tall, dark and country, Davy Cowan. It was when all is said and done, a mighty fine day. 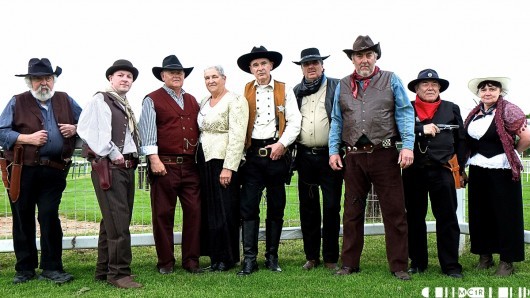 So, like I said, an inaugural festival. But when the cat’s out of the bag it’s much harder to put it back in. Can’t help but think this is a festival that folks will be eager to see come round again next year, and given that a good time was well and truly had by all, they’ll be spreading the word. We’re going to need a bigger saloon.