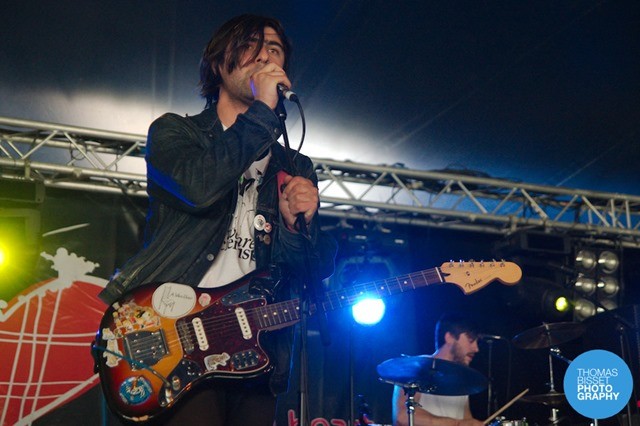 Belladrum has announced its latest raft of acts to fill up the weekend of 8th and 9th of August.

One thing that you can always expect from Belladrum is the unexpected and the addition of Grandmaster Flash certainly comes into that category. This Grammy award winning, Rock’n’Roll Hall of Fame inductee took the hip-hop world by storm and made it into the genre it is today.

During hip-hop’s nearly 30-year history, few names have become as well known to music lovers across the globe as that of Grandmaster Flash.

Not only is he one of the Three Godfathers responsible for inventing the musical genre called hip-hop and a worldwide musical culture, but his pioneering use of the turntables make him the first DJ to play the turntables as a musical instrument thus helping to elevate the status of the DJ to a masterful, artistic position.

He is responsible for assembling one of the earliest and greatest rap groups of all time Grandmaster Flash & The Furious Five – these are some of the hallmarks of a career which has extended from the Bronx in the early 1970s to all corners of the globe into the 21st century. Definitely one not to miss!

Celebrating their 30th year Scottish folk act Capercaillie also join the bill. Credited with being the major force in bringing Celtic music to the world stage, with their unique fusion of Gaelic culture and contemporary sound, the band has always stretched boundaries in their quest to keep the music evolving.

Although band members Karen Matheson and Donald Shaw played the first festival eleven years ago, this is Capercaillie’s first appearance at the event.

Also making their Belladrum debut are The Blockheads. Ian Dury may no longer be with us but backing up his poetic lyrics, this is the band that brought you ‘Hit Me with your Rhythm Stick’, ‘What A Waste’, ‘Reasons to be Cheerful (Part 3)’, and ‘Sex & Drugs & Rock & Roll’, among many others. Sure to attract many of the vintage that flocked to see the Buzzcocks a couple of years back in the hothouse tent.

There are a number of other significant acts which have also been added to the line-up. Other acts performing over the two days include:

Newcastle indie rock trio Little Comets return having previously bagged a main stage slot in 2011. It’s a quicker return north for Squeeze frontman Glenn Tilbrook who played the Ironworks at the end of last year. Expect a few of the old Squeeze classics to be in there. I would expect that Ex-Simple Minds feat. Derek Forbes & Brian McGee of Simple Minds will do exactly what it says on the tin!

Also added are The New Mendicants feat. Norman Blake (Teenage Fanclub) & Joe Pernice (The Pernice Brothers / The Scud Mountain Boys). You could, as the Guardian observed earlier this year, call them a supergroup. If a headline slot by Razorlight is not enough for you then their frontman’s new project Johnny Borrell & The Zazou will give you a look into his current direction.

X Factor finalist Luke Friend follows on the heels of last year’s success, Lucy Spraggan. So will lightning strike twice for an X Factor hopeful? Ocean Colour Scene headlined back in 2009 and this year frontman Simon Fowler returns with his new folk band, Merrymouth. Dundee alternative three piece Fat Goth pack a hefty punch as previously noted on a few of Inverness’s stages and will be a welcome addition. Rising indie rock band Eliza & The Bear have a loaded tour schedule in September and October but take time out to head north for Bella.

Glasgow based punk rock band with strong Highland connections PAWS blasted the Hothouse Stage last year and maybe this year they’ll get the chance to take the breath away from the main stage? The festival has always had a reputation for bringing the best in up and coming singer-songwriters to our attention such as Ben Howard and Benjamin Francis Leftwich to name but two, and the hot act this year could well be Luke Sital-Singh. Mercury Music Prize nominee from 2012 and folk-singer Sam Lee also joins the bill.

Glasgow speed folk outfit Trongate Rum Riots set what they are about perfectly on their Facebook page ‘you provide the RIOT, we’ll provide the FUN’. Go see! Josephine & The Artizans sound intriguing as they bring us their blend of hip-hop, opera and rock. Yes, you read that right! Ceilidh-rock band Tweed are in there too and are sure to get the crowd on their feet.

Having enchanted audiences at Bogbain, BFest and Strathpeffer in recent times Dundee five piece, and festival returnees, Anderson, McGinty Webster,Ward and Fisher will be welcomed with open arms. Always going down well are Inverness’ favourite party band The Mystic Shoes who also make a return to the festival.

Two acts making waves in the north are the Joshua Mackenzie led Lionel and those local ‘beys’ Schnarff Schnarff, and this has been recognised by the organisers of Bella who have added them to the festival.

For those that like a quality tribute act festival favourites MacFloyd return and Eric Clapton tribute Classic Clapton will no doubt not storm off with 30 minutes of their set remaining.

Throw in a little Fiddle Forte and a Headphone Disco which will provide late night sessions on the Crabbie’s Hothouse Stage and we are just about there.

When I say we are just about there Bella does like to throw us a curveball. It will also feature a band whose identity will not be released in advance on the Crabbie’s Hothouse Stage on the Saturday of the event. Now that will get us all thinking between now and the festival…