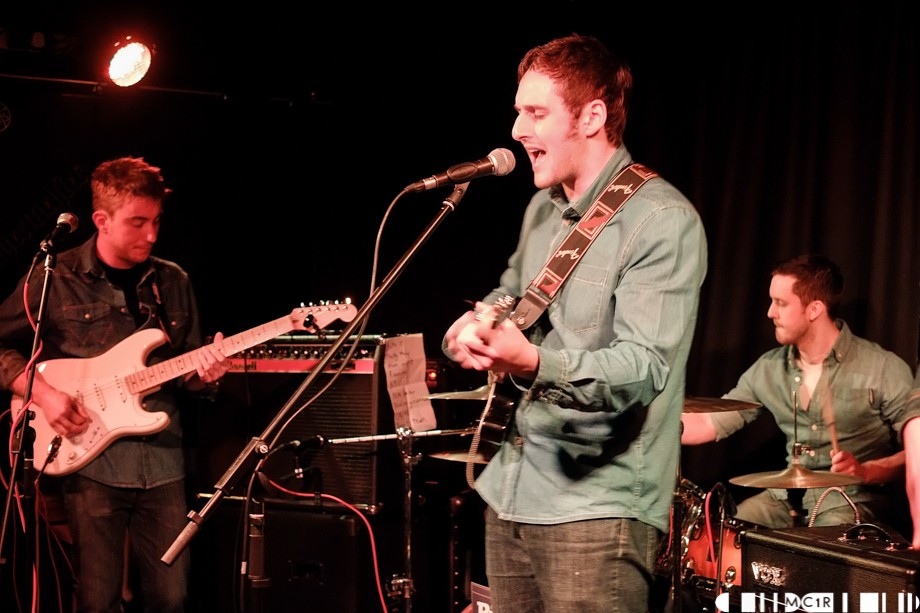 One of our series of interviews with the acts of the Summer Ironworks Showcase, we speak to Ben Zebrowski lead singer and rhythm guitarist for Bite Night about the band , the showcase and the role of vodka red bull.

Can you introduce yourself and tell us a little about your music?

Well we are Bite Night a 4 piece Indie band from the Black Isle. We got together in December of last year intent on first and foremost having a bloody good time doing something that we all love but also because we put together a set of tunes that we all really enjoy playing/listening to and so we wanted to put them out there and hope the public like it as much as we do.

The music it self is all based on situations I’ve found my self in, from troublesome women to living abroad and everything in between. It’s high tempo feel good stuff and a great compliment to a double vodka red bull.

How has 2014 been shaping up for you and your music?

2014 has been brilliant so far, our first gig was only 6 months ago and we have already played a heap of gigs all over Scotland and managed to get some support slots with some great established bands.

How does it feel to be playing the showcase and how important are these events for the music scene?

This event is huge for the local music scene as it gives wee bands like us the chance to get a bit of exposure and gain great experience of playing on the big stage.

We played at the Ironworks earlier in the year with the Palma Violets but it was on the floor stage so this is the first time we will be unleashed on the big stage.

We couldn’t be happier to be  playing at the Summer showcase, we were hugely disappointed that we were not available to play the Easter showcase so when we got another opportunity to play we grabbed it.

Which bands are you looking forward to seeing at the showcases and why?

We are looking forward to seeing Shaped play again. we were in a Battle of the Bands, back in January with them, and they were a lovely bunch of folk and good fun to watch.

What have you got planned for the rest of the year?

Going forward we have a lot to look forward to with trips to Glasgow in August and Ullapool in September and of course the big Summer Showcase this month at the Ironworks.