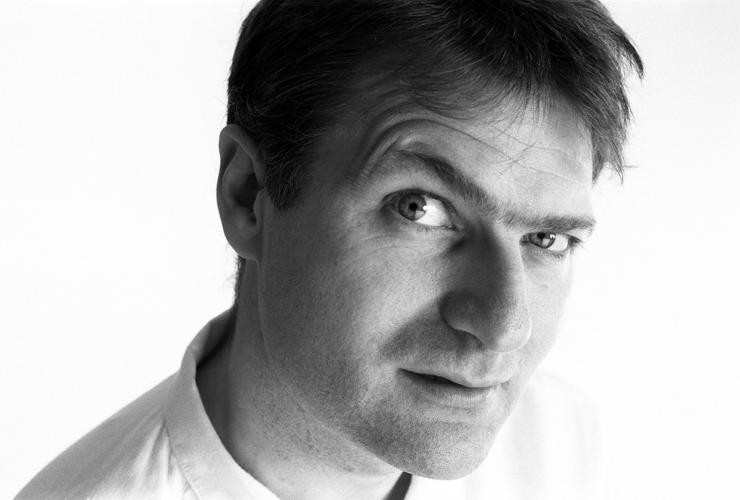 Son of the legendary UK singer-songwriter Roy, Nick Harper has certainly carved his own way in music. He has gained plaudits for both his musicianship and songwriting with The Independent describing him as “hugely talented”.

Nick visits on Thursday the 24th of July as part of his Scottish tour which will see him play the Wickerman festival as well as a series of other dates. We caught up with Nick to talk about his album life on the road and more.

You described your album as “an epic schizoid 75 minutes” which is also echoed in the choice of CD art, what was the influence behind the album?

I live in Hobbiton and whilst looking out of the window writing Riven I was feeling all the joy of the Shire and yet in the middle distance I could see Mordor creeping ever closer. I decided a split between the two sets of songs on the album and in the artwork would illustrate more starkly how us humans are capable of creating so much that is good and beautiful and yet are still so destructive.

‘ compare with your previous albums?

It’s my best yet! The most complete and cohesive expression of what I’m about. Love, joy, family, stories, heartbreak, melancholy, politics and humour. The legendary Tchad Blake produced it and it sounds incredible. Very rich and powerful.

Do you think the political climate has impacted on the rise in popularity of folk music?

I think music is the great escape and music festivals are a subconscious collective idea that we are not happy with what we can vote for and there is a yearning within us for a different way of life. On the other hand the Mumford’s have broken America and everyone wants a slice of the pie!

You’ve never been shy of substantially touring, what are the main motivators for this and what keeps you going while you are on the road?

The road is where you meet the people and have the adventures that keep the creative process literally moving. I also love playing the songs live and rediscovering what I was on about in the first place! I love the freedom of one man and a guitar and I never play a song the same way twice. You can’t beat the thrill of the lions breath in your face!

Where are you with regards to your own musical tastes now, what do you like listening to currently and what albums or acts retain a significance in your music collection?

You are playing Wickerman the Saturday after your Inverness trip, how do festivals and normal gigs differ and which do you most enjoy?

Less time for waffling and a bit more gusto usually and yet there is that freedom where you feel anything goes. It’s not all your own crowd though so I do tend to rock out a bit more, especially if there’s a chance I could be burnt alive in some weird pagan sacrifice in a giant wooden effigy!

Tickets for the evening are available at Hootananny or online, more information on Nick Harper available via his website.