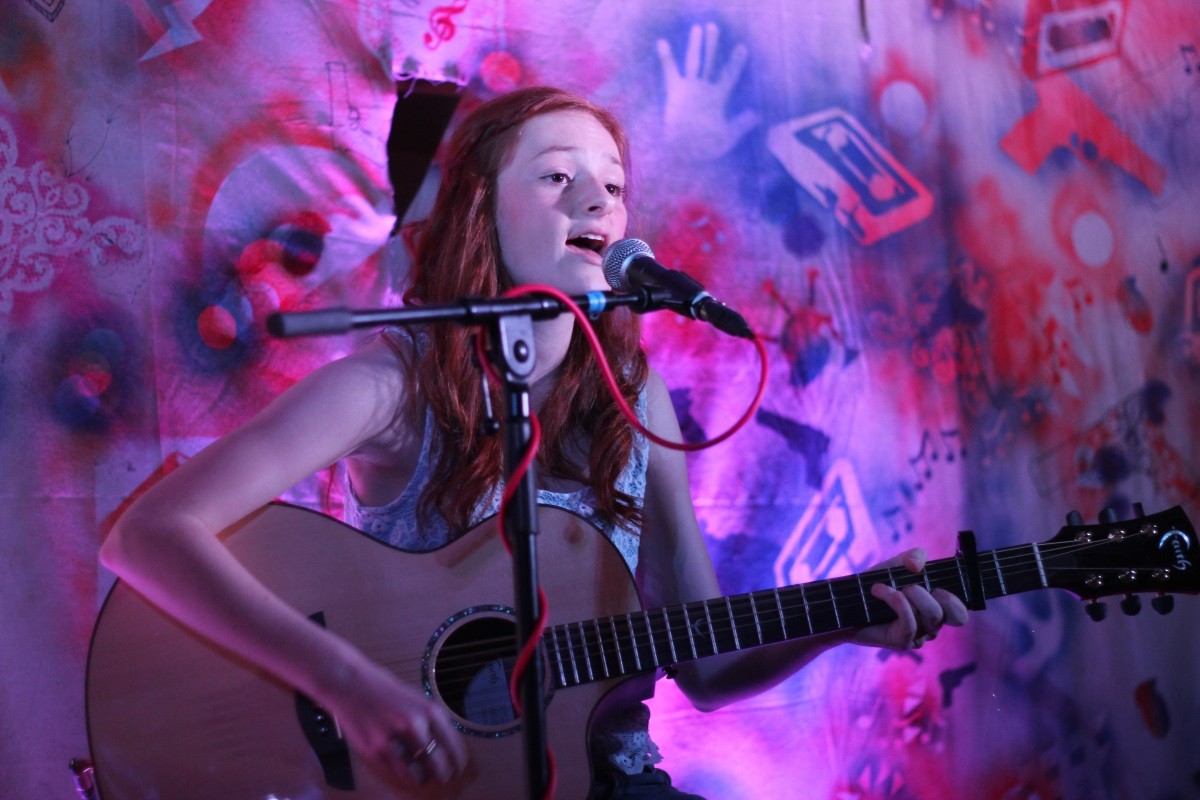 Music Plus is a project which provides guidance and support to aspiring young musicians between the ages of 14-19 and this year have put forward an eclectic mix of acts to play at the much anticipated Belladrum Tartan Heart Festival. Sace Lockhart, project manager for Music Plus summed up the initiative by saying,

‘Music Plus can provide one-to-one advice and practical workshops, delivered by a large network of music industry professionals. We cover everything from production and recording techniques, marketing and promotion, to performance and songwriting advice, delivered by established musicians like Rachel Sermanni, Findlay Napier and Louis Abbot from Admiral Fallow.

Our Highland Coordinator is Robbie Dunsmore from Dingwall who has been instrumental in helping us support young Highland musicians since the project launched in 2009 and most recently by helping secure these showcases at Belladrum for Music Plus artists.’ Earlier this year we talked to musicians who have used the project including Joshua Mackenzie (Lionel), Alice Bentley and Iona McPartlin.

This year five acts will play at the festival: Jacob & Rory Green, Hannah Finlayson and Ruth Gillies will be playing on the Free Range Stage and two young DJ’s, Darren Hamilton and Louis Slorach will take to the Mother’s Ruins stage. It will be the first time that any of the artists have played at a festival and Music Plus now gives them the chance to experience the excitement of playing to a Belladrum audience.

Jacob & Rory Green aged just 17 and 20 are brother’s hailing from Strontian. They have created an interesting sound which combines their knowledge of traditional music and passion for current indie/folk music. The duo have taken their music to several stages since first becoming involved with Music Plus and are looking forward to their first festival appearance.

Jacob Green commented that ‘if we hadn’t worked with Music Plus we definitely wouldn’t be getting all the gigs or the festival slots that we have lined up. We are truly grateful for all the time, help and attention they have given us and for the wonderful opportunity to play at Belladrum’. You can catch Jacob & Rory Green on the Free Range Folk Stage at 12-12.30pm on Saturday 9th August.

On the Friday young singer/songwriters Hannah Finlayson and Ruth Gillies appear on the Folk Stage. Again both are have benefited from the Music Plus project. Hannah, who is 17 and from Balloch, cites a wide range of important musical influences that has inspired her in developing her own unique sound. Following Belladrum, Hannah will also be playing at the North Hop Festival which will be running on the 29 & 30th of August in Eden Court.

Ruth Gillies believes Music Plus has helped with her repertoire, self-belief and confidence and is looking forward to playing at Belladrum. Her folk/country inspired songwriting and style will be a welcome addition to the Free Range Folk Stage.

On the Mother’s Ruin Stage two very talented young DJ’s have been presented by Music Plus. Darren Hamilton from Inverness has been a frequent act at the Karma Lounge in Inverness and has previously won a SoundClash DJ competition which was a huge boost for Hamilton. It will be a big leap forward for this House DJ to play on the Mother’s Ruin Stage alongside some of his peers in the industry.

The multi-talented Louis Slorach will play on the Friday afternoon. Slorach is a DJ/producer but also plays guitar and keyboard. He is currently involved with the online gaming studio Hunted Cow based in Elgin and produces soundtracks for the company. Although a devoted attendee of the festival, it will be his first time on the stage; ‘I have been to the Belladrum Tartan Heart Festival every year since it started in 2004 so getting a gig there this year has been a real thrill. I’ve had a lot of help and encouragement from Robbie Dunsmore (aka Robotone) who runs the Music Plus program here in the Highlands.’

This project has clearly provided a huge stepping stone to these aspiring young artists and they have nothing but praise for the support given to them. Now they have earned the opportunity to play at a major festival and one that is so well known to them and their peers.

Whatever you plan to do, make sure to catch these young and exciting artists on the 8th & 9th of August.

In with the new