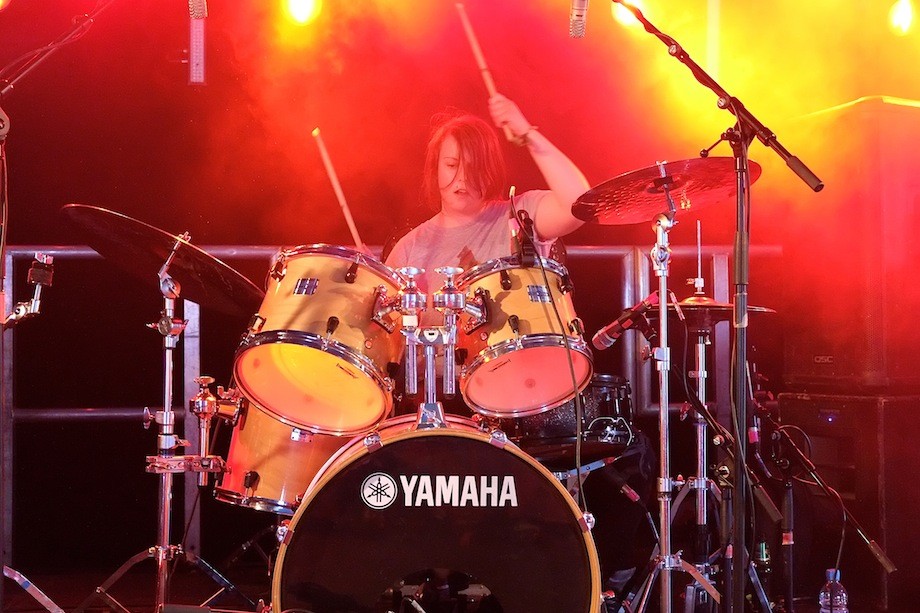 A year since Bella 2013 already? Oh how the time passes far too quickly these days.

So, as with most Belladrums, 2014 is no different. With lanyard in hand, it’s a case of checking to see what’s on where and at what time, checking the logistics of seeing everything I want to see and inevitability, never seeing a full set.

This year we kicked off with The Lorelei in the Black Isle Brewery tent. Like a Celtic infused AC/DC, they had the audience jumping up and down even though it was only just after lunch on a Friday afternoon. Getting in to the swing of things, they announced their very own drinking song and invited a couple of members of the audience on to the stage to participate. Guest tambourine player Dawn would be spotted later on in the day still carrying around The Lorelei’s tambourine.

A brief stop past the main stage saw the festival debut for children’s favourite The Singing Kettle. ‘The Wheels on the Bus’ and ‘We’re Going On A Bear Hunt’ were sang with full audience participation from both young and old and everything in between.

‘You Canna Shove Your Grannie Off A Bus’ complete with ‘Grannie’ was maybe a tribute to the increase of ‘older’ ladies at this years festival in anticipation of a certain Welshman who would be playing later. I couldn’t wait to move on to the next discovery!

Then came our only visit this festival to the Seedlings Stage to see young local punkstars Shaped. They have come a long way on their journey since my first encounter with them over a year ago.

The energy and the attitude are there but they are still traveling that journey to the final destination. Tighter finishes and less of the self-deprecation, and they will get there.

After a quick dash home, I returned, complete with my mother in tow to experience both her first Belladrum and first live experience with Mr Tom Jones.

First though, I caught a few songs of Frightened Rabbit who put on a great show and warmed the crowd well for Tom before another quick dash saw us back in the Black Isle tent for some classic Squeeze numbers sang by one half of their writing team Glenn Tilbrook. ‘Take Me I’m Yours’ and ‘Up The Junction’ were blasted out acoustically, but it was the sight of his young guitar virtuoso son Leon (looking no more than 10 years old) doing a bit of showboating on the guitar before dueting with his father on ‘Up The Junction’.

Back to the main stage in time to see the entrance of the one and only Sex Bomb himself, Sir Tom Jones. The Garden Stage arena has never been so busy, and it was noticeable how many excited grannies were in the crowd. Opening with a very guitar driven ‘Burning Hell’ by John Lee Hooker, this Welsh crooner knows how to deliver.

We then made the quick dash to the Hothouse tent to see The Temperance Movement. I’ve heard the album, but live they burn! A real 70’s rock sound pumping through the PA had the ever-growing audience jumping. With an audience fuelled with alcohol and great numbers like ‘Ain’t No Telling’ and ‘Take It Back’, this Led Zep come Rolling Stones influenced rockers made a big impression on me and the rest of the audience.

Singer Phil Campbell moves around the stage like a man possessed, or an escapee from psychiatric hospital! He lives every word he sings, and the guitar riffs just drip with melody.

Day one finished, and it certainly was a case of quality not quantity. On to Saturday…..