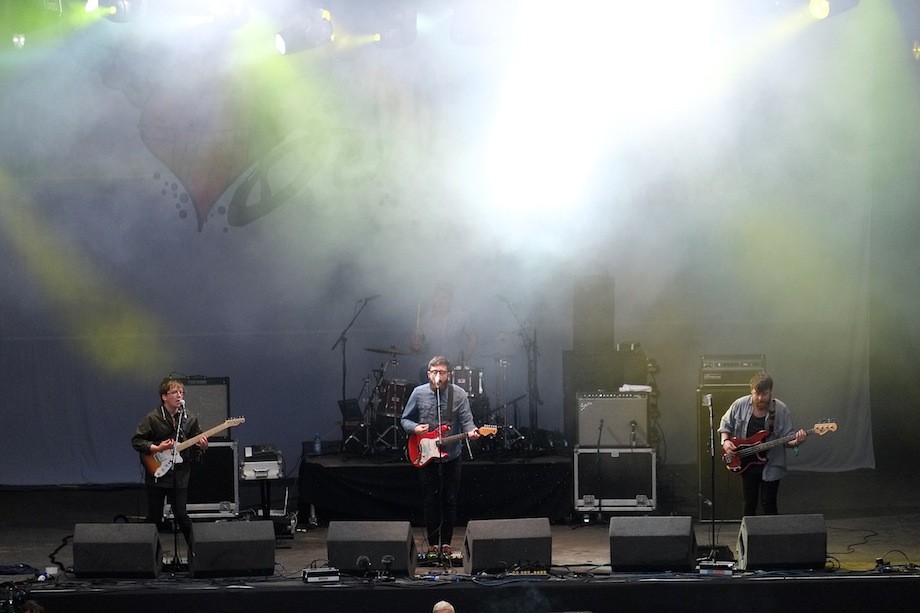 Review of Fatherson on the Garden stage at Belladrum, 8th of August, 2014.

As many of you are probably aware, the much anticipated Grandmaster Flash was not able to make it to Belladrum for his six forty pm slot on the Garden Stage, playing at a much later time in the Crabbies Hot House tent (read the review).

But alas, we were joined by the lovely Fatherson instead and they are right, these Scottish alternative/indie boys are miles away from Grandmaster Flash but although their appearance on the stage was unexpected by most, many Fatherson fans made it to see the band. Hugely appreciative of the area and the festival, the band had been anticipating a surprise slot as part of the Detour curated stage at Bellabar.

The band suffered from some minor technical faults throughout their surprise set, perhaps to be expected given the lateness of their call up, but the cheery crowd were not put off. 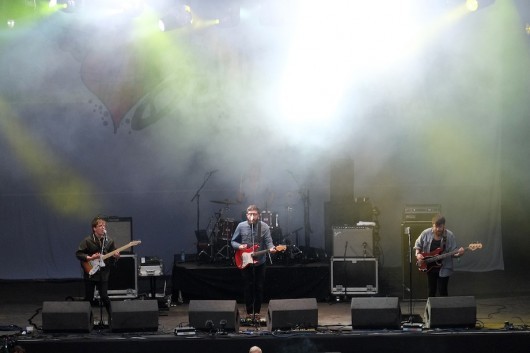 The appearance gave the band an opportunity to further promote their new debut album ‘I am an Island’ and their upcoming shows. Whilst their may have been a section of the audience that were dissapointed at Grandmaster Flash not making the slot, Fatherson no doubt used the opportunity to win them over.

If you are kicking yourself for missing them on Friday, you can catch them again at , as well as many other venues around Scotland. The Ironworks in Inverness on October 18th

You can keep up to date with our coverage on our Belladrum site and to keep updated with all of the things going on in Inverness, sign up to our mailing list.Fatherson at Belladrum 2014