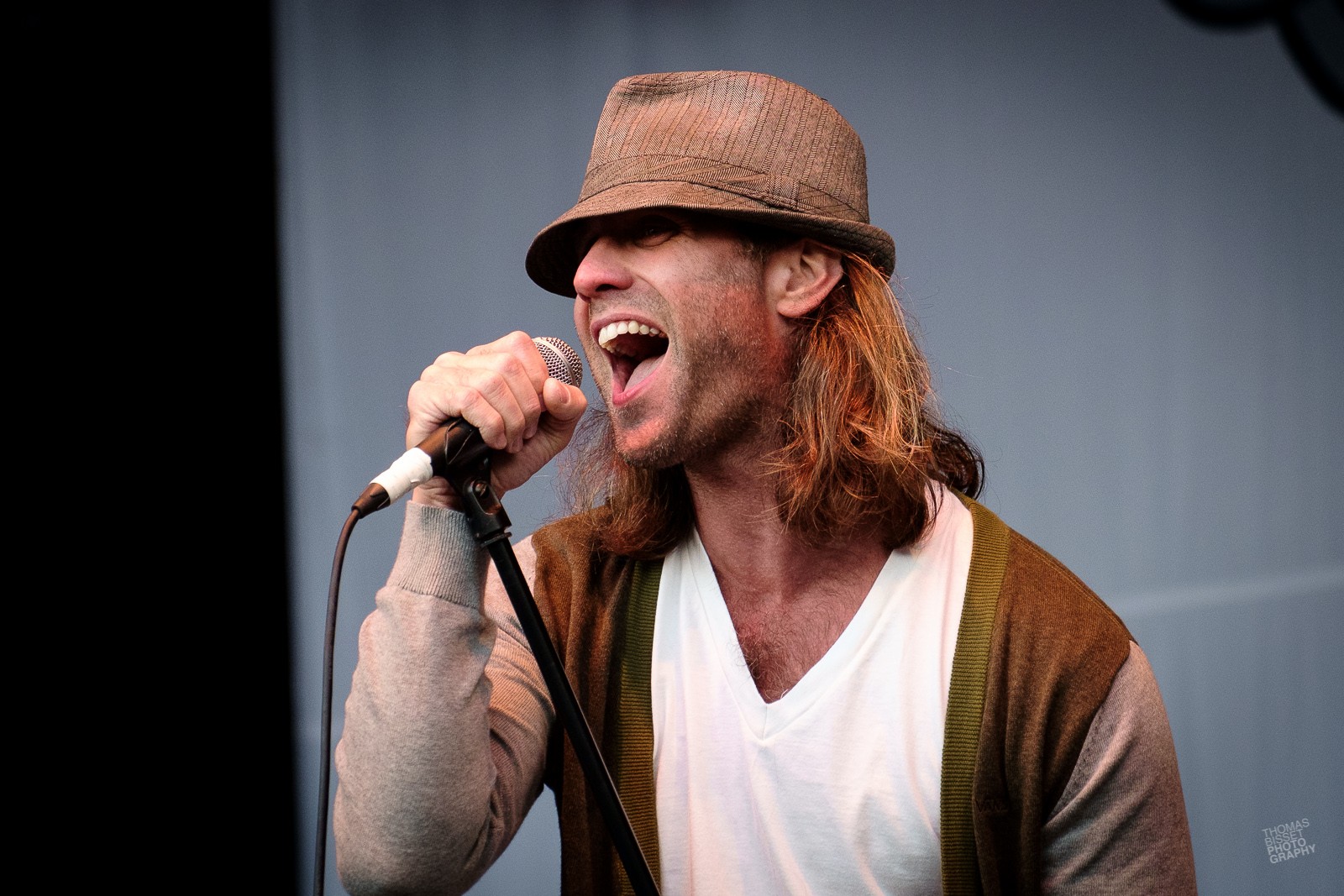 Review of Reef on the Garden stage at Belladrum, 9th of August, 2014.

Belladrum gave us fair warning via social media etc that during Grandmaster Flash’s performance we would be treated to a Holi Festival of Colour.

For those of you who don’t know, this involves throwing incredible coloured powdered paint into the air, creating small rainbow explosions throughout the entire crowd.

The Grandmaster was unfortunately delayed it was rescheduled for English funk rock band Reef and it was both incredibly messy and enjoyable at the Garden Stage.

Reef showed the crowd a good time and played many of their best known tracks such as ‘Naked’. Of course, there was an explosion of cheers -and colour- when they played their best known and loved single ‘Place Your Hands’.

Lead singer Gary Stringer introduced us to the band’s new guitarist Jesse Wood (son of Rolling Stones’ Ronnie) who has replaced the original lead guitarist Kenwyn House who’s working on another project at the moment.

Although Reef’s set went down a treat with the crowd I couldn’t feel that it was somewhat lacking in comparison to their high energy appearance at Loopallu 2013.

I came away from their Ullapool set with the impression that they had put their all in and missed this feeling at Belladrum. I missed Jack Bessant on bass headbanging to every song.

At the end of their set Stringer organised a countdown for the crowd to throw their remaining Holi Paint. It was an incredible thing to be part of and I’m sure the rest of the crowd would agree.

A fun finale for Reef’s time at Tartan Heart.