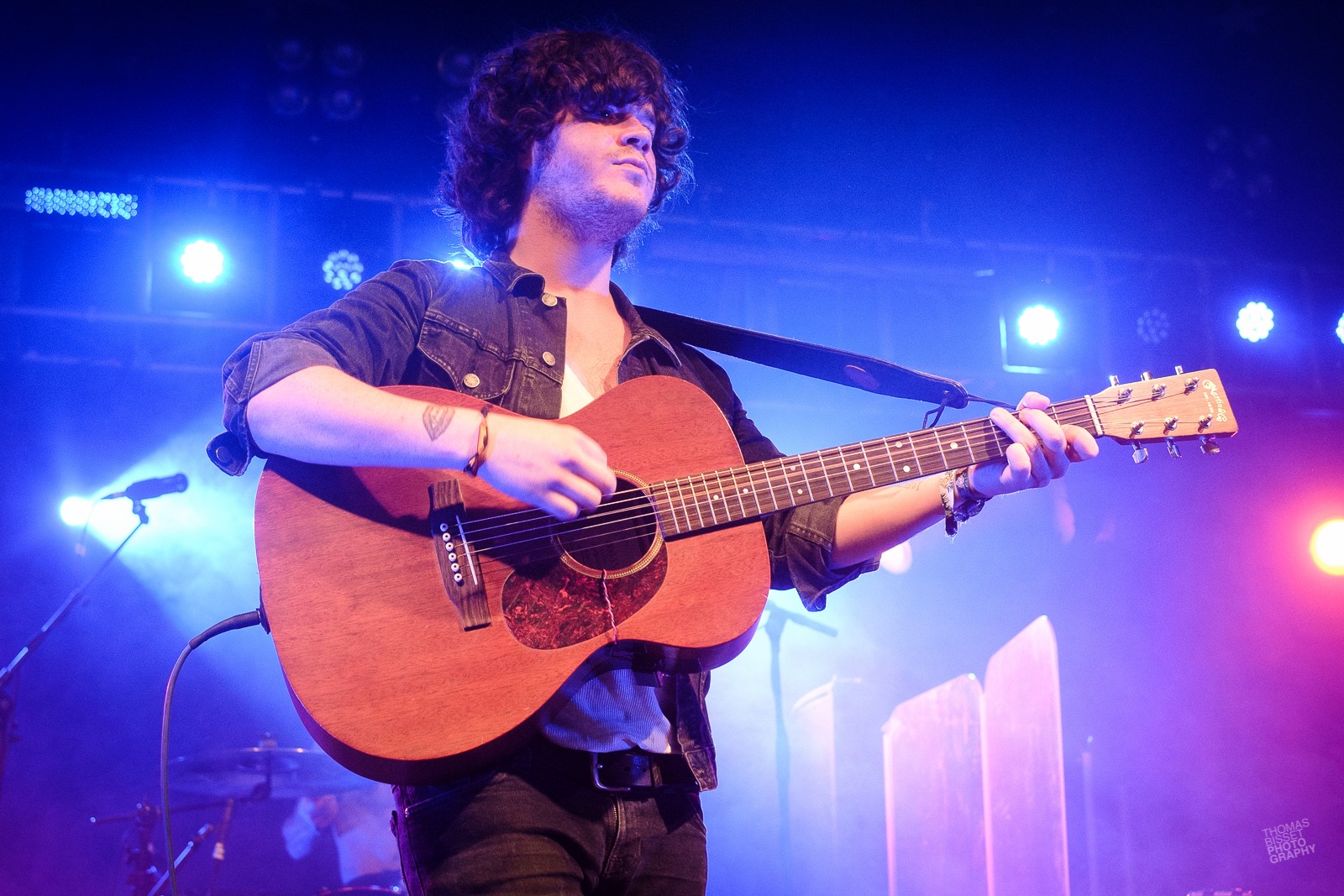 Review of The View accompanied by the Cairn String Quartet on the Hothouse stage at Belladrum, 9th of August, 2014.

The secret act in the Hothouse Stage may have been, well, a secret but it’s never been a secret that The View have always been a band that Belladrum have wanted to take back. Once announced on Saturday morning there was a buzz about their appearance.

What was unexpected was that they were to be sharing the stage with the Cairn String Quartet; a secret and a surprise!

In the past I have generally found that a gig with The View means that you have to expect every last ounce of power will be wrung out of the amps and some clown, if it in a festival tent, will try and scale one of the columns and nearly bring it down. So there was an element of trepidation in turning up for this one.

With The Cairn String Quartet providing an overture for the boys’ arrival, they took to the stage and kicked off with a fans’ favourite ‘Grace’. The difference tonight was the sound, or should I say the volume. The strings added a lushness to the arrangements and with this it was held back a few decibels not only saving yours ears from damage but also producing more of the quality and focus on the melodies that are found in each of their albums.

Sure the crowd were pumped up for this but a lot of the more aggressive crowd tendencies were replaced with arm swaying especially to ‘Best Lasts Forever’. The atmosphere and the performance of this song made it a real soundtrack to the festival and was one of those really memorable moments that can grab you unexpectedly. Rounding off with ‘Superstar Tradesman’ it all came to a halt just that little bit too soon.

As special guests go, this one was just that bit extra special.