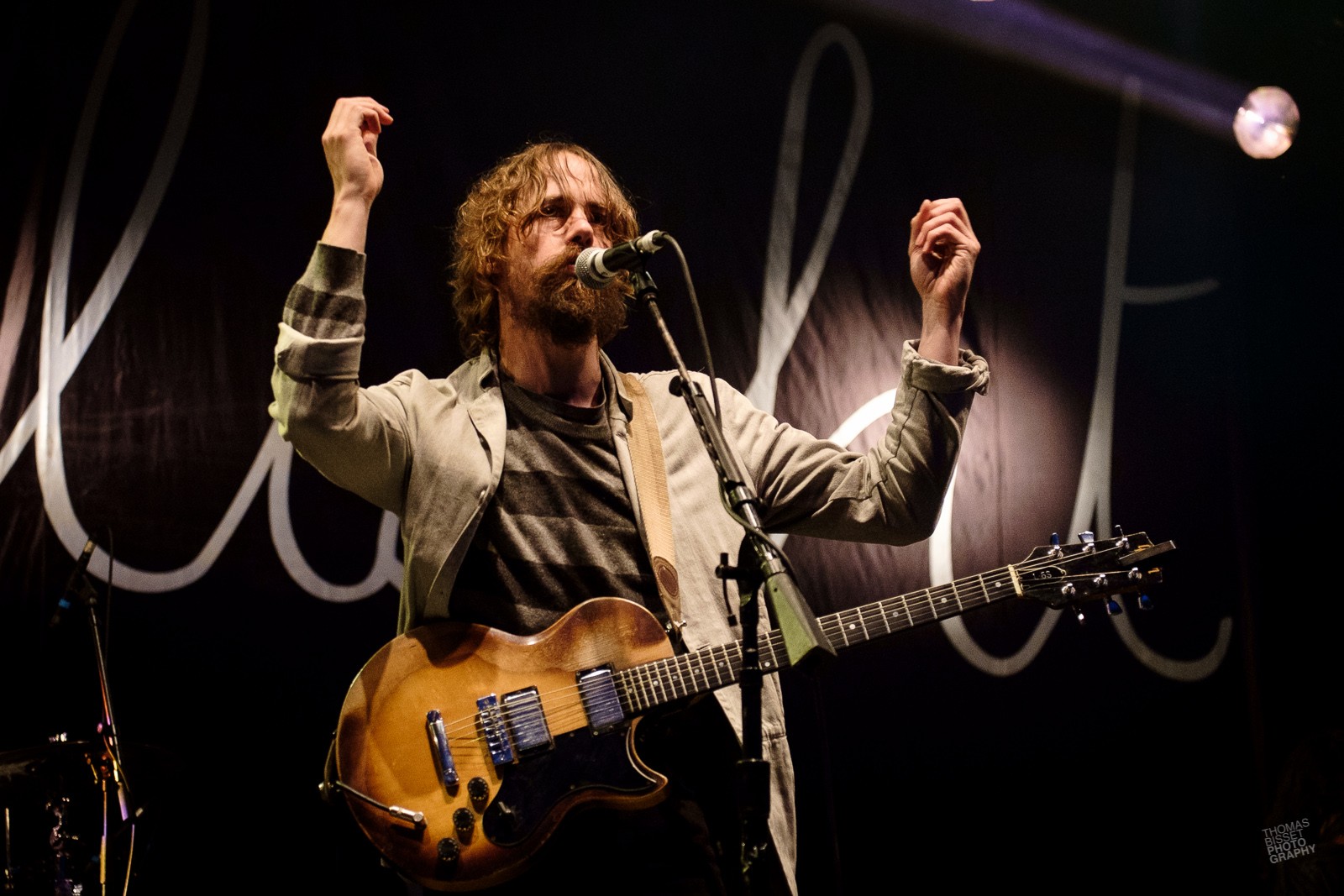 Review of Razorlight on the Garden stage at Belladrum, 9th of August, 2014.

Back in 2008 Razorlight headlined the closing night at Rockness and fast forward to 2014 and Johnny Borrell and current incumbents fill the same slot at Belladrum.

When they arrive on stage the arena is still filling up as a large crowd had gathered for special guests The View over at the Hothouse Stage and many were taking their time making their way across, no doubt with the odd beer and toilet stop included.

Razorlight may have changed following their hiatus but the ubiquitous Johnny Borrell remains a constant, if rather less of a poster boy than in the heady days of their first two albums.

Despite the numbers being a little lower than you would expect at the start it didn’t stop the band kicking into ‘In The Morning’ to launch into the set.

Following the early promise there was a lull in the atmosphere as the set became somewhat ponderous for many in the midsection so much so that those around me in front of the sound desk, stage left, were spending a little too much time taking photos of the heart at the top of the steps than focussing on Johnny Borrell.

If interest was waning towards the back it wasn’t down the front with the usual bunch of stoked up kids using up every ounce of energy that they had. Mind you they would have been like that if it was the Singing Kettle headlining. It was clear though that the crowd wanted the hits and the introduction of ‘Before I Fall To Pieces’ sparked those on the terraces into life. But those moments were really reserved for the favourites and ‘Somewhere Else’ gave a similar injection to the evening.

The set ending was somewhat subdued as the band left the stage briefly to return with a two song encore culminating in ‘America’. It was no surprise that this was the moment that the crowd had been waiting for and they really bounced.

For a Razorlight fan they would have been pleased with what they saw. The band were back. They were tight, emanated energy, and brought not just the hits but a range from their catalogue.

Johnny Borrell may have changed on the outside, but he sounded just like he did that evening at Dores. However, for your average festival goer, whoever that is, they wanted hits and Razorlight could only supply them with so many.

Equally having had Sir Tom the night before you could say they were spoilt and tonight had the elements of after the Lord Mayors’ Show about it. A trifle unfair on Razorlight but you really couldn’t get a harder headline act to follow.

A tough job but someone had to do it.