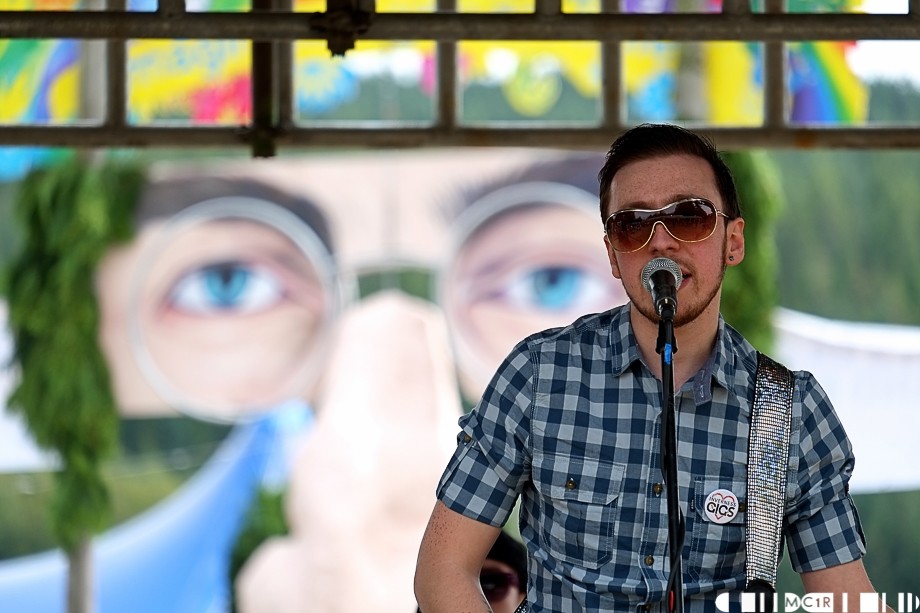 Following a contentious debut for the 2014 event, the second of the Summer showcases are fast upon us so we took the opportunity to look at the acts playing the event.

A quick return to the area for Hector Bizerk who headlined the Seedling stage at Belladrum last week, who also fufilled a similar role at Wickerman this year as well. Described by The Skinny  as “using the scene’s history and vernacular to create relevant music with universal appeal, becoming one of the most exciting live bands in Scotland in the process.”

Talking of the success of their live performances in an interview with us last year they said “Good inventive music speaks for itself I suppose.  We give it everything we’ve got every time we play”.

Siobhan Wilson who recently changed the name of her act the Ella the Bird, which will take some getting used to, also returns to the area after a Belladrum appearance.

Despite a minor heel related issue at her goNORTH showcase she hushed the crowd and stole the hearts of the a audience; “Any chatter from around the bar died away within seconds of her striking up and all attention focussed on the stage. Her sparse guitar playing style and gentle vocal ensured that there was total hush throughout each song.”

Pop and proud, Be Like Pablo have an inclusive sound, guitarist, Ross Watson explains “our music is very accessible and can appeal to so many different people. With a lot of us working in schools and stuff, the kids in my class love it. Whereas if I were to be in heavy metal band or something, not so much.”

Be Like Pablo , were last seen in the area prior to Christmas lapping the festive season up with a cover over two , check out their version of ‘Santa Claus is Coming to Town’ from the night. Their summer tour, kicking off with a home town gig in Forres, saw them dot through the UK including London, Oxford and Glasgow. Interspersed with a release of new recordings of ‘The Post-It Song’ and ‘Julianne’, the band never seem to find time to rest on their laurels.

Verona, the James Mackenzie led project, has undergone some changes (initially called Love Civilian for a brief period) in it’s short lifespan and the line up now harks back to his Aquascene days. There’s no disputing James’ talent and enthusiasm however it is difficult to anticipate where the sound of the band, he had initially described it as “hard pop” when describing the genre of the new band last year.

James has most recently been see under his solo guise with a Belladrum slot being preceded by a short North Highland tour. This has also allowed James the opportunity to also concentrate on writing new material for Verona and he anticipates a recording being completed in the foreseeable future.

Matchstick Maker, aka Duncan Overmeer, was nominated in the category of Best Acoustic Act at the Scottish Alternative Music Awards 2014 following his impressive debut album release ,’Rumour Mill’, the year before.

Winning praise from our reviewer at goNORTH 2013 who noted “To match his impressive beard, his impressive, highly dynamic vocals, both in terms of amplitude and range were something that most other singers could only dream about”.

Duncan has been relatively quiet on the local scene this year, so grab the opportunity to catch him in this rare outing.

Silver Coast have had a busy old year following on from debut single release, ‘Believe’, winning local and national attention ranging from Rick Fulton of the Daily Record to RaveChild.

Festival season has been good to the 4 piece alt rockers with slots at goNORTH and Belladrum where our reviewer noted “They deliver powerful and emotional rock music without straying into the mawkish emo territory “.

Normally accompanied by Ben Hesling, Emily Mackinnon has a reputation for her covers (probably reworking is more apt) from a wide range of artists from Leonard Cohen to Mumford & Sons. Completing the bill will be singer songwriter Jamie Marshall.

Tickets available via the acts or online at the Ironworks website.