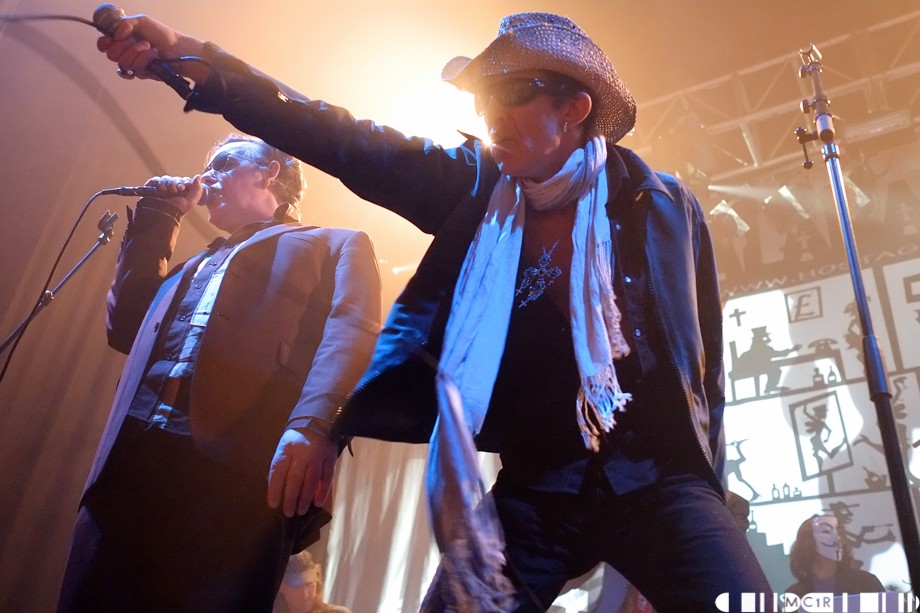 Loopallu 2014 announces it’s first few acts including one of the headliners.

The event described by The Sunday Times as “always one of the most fun and friendly festivals, Loopallu punches above it’s weight” has again sold out, made an even more impressive feat in this climate by the fact that until now the festival had not announced a single act (although the appearance of Public Service Broadcasting had leaked out earlier this week).

Those rewarded for their loyalty to the festival, which is in it’s tenth year, will get an opportunity to catch the first headliner announced in “Britpop Legends” Shed Seven. With over twenty years in the business their hits include the likes of Going for Gold and Chasing Rainbows which highlight why they make such great festival fayre.

A number of acts return to play the festival clearly evidencing that it is not just the audience who feel a loyalty to the event.

Paying homage to their history , Loopallu have also confirmed the return of one of the first festival headliners in The Undertones. The band are drawing close to forty years together but this seems to have little effect on the group who when we last saw them were described as “a well oiled , with out being slick, unit whose enthusiasm was infectious.” Of course the or should that be “THE” punk anthem “Teenage Kicks” will be one of the singalongs of the festival.

Alabama 3 also return to the festival bringing their ‘Acoustic & Unplugged’, which , one reviewer noted “”offered the band the opportunity to play versions of their songs that are more akin to their main influences.” Returnee number three is the aforementioned Public Service Broadcasting who brings together samples from old public information films, archive footage and propaganda material around live drums, guitar, banjo and electronics.

Mark Radcliffe, described by festival organisers as “one of our biggest supporters”, returns to the festival with his new band The Foes. Mark commented “Every time I go, and there have been quite a few, I am torn between telling people how great it is, and wanting to keep it a secret because it’s so special. ”

As always the festival has a great reputation for catching acts on the rise (Mumford & Sons and Jake Bugg are two great examples), Loopallu 2014 is no different with Neon Waltz. “For once,” NME notes ” a new band with such obvious and well-worn Brit influences are proving to be totally exhilarating…”.

Vigo Thieves continue to impress on their search for greater success so too Dundee’s Model Aeroplanes whose two recent local gigs have certainley wowed their audiences. Australian singer song writer, Kim Churchill will be adding Loopallu to his already impressive list of festivals he has played which currently include Montreal Jazz, Telluride Blues and SXSW.

This year the festival will tie up with the Ullapool Book Festival to bring authors such as Christopher Brookmyre, Mairi Hendwick and Doug Johnstone to the event.

Tickets for this year’s festival are now of course sold out, but please have a look at our reviews from previous Loopallus.