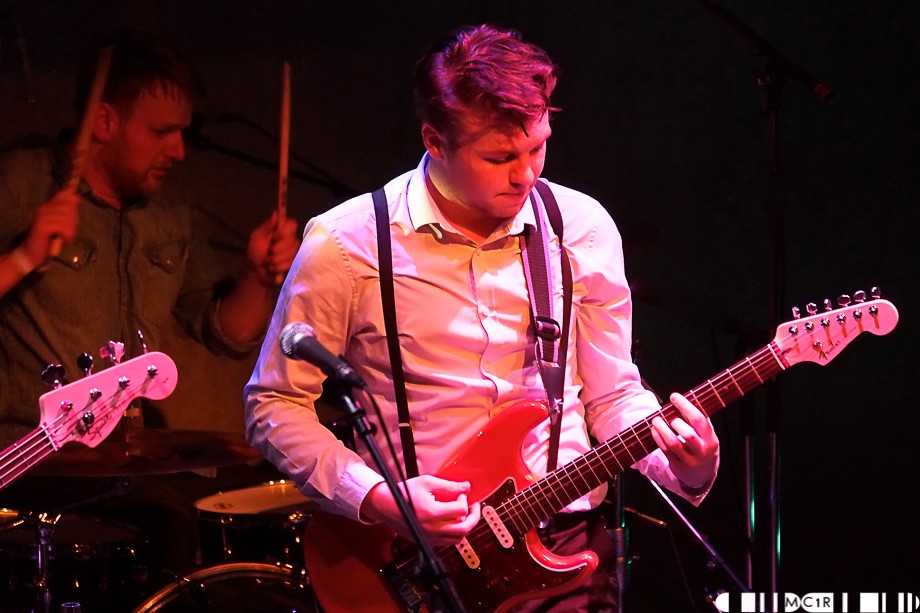 I like festivals. I don’t really it when it gets muddy though, or when it rains, or when you have to queue for toilets, especially when you don’t really know what to expect to find when you get into the toilet. The beer at some, not all, can be of dubious quality. Then there is the walk back to your tent, the wet clothes, and getting your car out of a muddy field. I do like festivals though. Really I do.

So North Hop doesn’t really tick those boxes, not that I want them ticked. But that in a strange way that filled me with some trepidation. Sometimes you like the familiar however onerous, or odourous, those toilet queues can be but North Hop provides none of that. North Hop took over the One Touch Theatre and Jim Love Studio at Eden Court and turned it into it’s very own cosy little indoor festival.

On my arrival I was advised to head to the Windswept ‘tent’ to pick up my festival brew. It wasn’t really a tent but I could easily understand the usher’s description as it fitted so well with the scene within the One Touch Theatre.

The auditorium seats had been pulled back and the scene was set with the stage at one end and each brewer having their stall, or tent, on the other three sides. In the middle rows of tables were set up bierkeller style with hay bales for seats. This informal arrangement gave a more traditional festival feel to the setting.

The Jim Love Studio provided a breakout area with a range of cocktail and gin offerings on show. The set up was very much in an informal nightclub lounge style with, when I was there, Jay Dub really grasping the atmosphere as the evening drew in.

As we are talking festivals this is a beer festival and the music is, you could say, incidental to it. It was clear though that the music was a focus and this grew throughout the night. When I arrived Megan Blyth was just finishing off her set. I haven’t seen Megan play for a while but the applause that she received proved that she had done something good. Anyway I’ll get the opportunity to catch Megan again when she plays Starbucks on Thursday 4 September.

To keep the stages moving compere Nicola McAlley not only introduced each act but took time out to interview a few of the brewers and let them give out a little background on themselves. As well as being the local face of STV, Nicola is a champion of the local music scene and an ideal front for the festival.

Next act up were Woodentooth. There is no real fuss or hanging about with Woodentooth. They give out some seriously ear catching melodic rock bringing in shades of Pearl Jam and a tug towards ZZ Top at times. The deep rocky feel and growling bass certainly turned a few heads, and got a few almost reaching for their air guitars. They worked well in the setting and more than a few appreciative beer glasses were raised.

Daydream Frenzy brought a younger indie rock sound giving us more than a nod to Twin Atlantic and a strong steer around pop punk in a Scottish accent. They don’t, to their credit, really sit on one genre and are equally quite comfortable beating out an instrumental in a Two Door Cinema Club vein. Certainly a band to watch as they develop and refine their sound.

Headline act Lionel were announced by the image of Clara Bow and their logo projected above the stage. They then entered following a slightly overlong intro and slipped oh so comfortably into the charged Foalsesque ‘Primitive Desire’. Lionel have an ability to draw a crowd in and tonight was no exception as heads were turned towards the stage as the set progressed.

Whether he knows it or not Joshua Mackenzie can really work a crowd. His grasp and connection with his music and audience is very much part of the performance and this is so evident in the likes of the gritty rawness of ‘Souldigger’. As local bands go, Lionel are up there with the best of them.

So with the night over and no need to drag myself back to a tent that’s a winner. As for North Hop’s first night; it would be fair to say that’s a winner too.