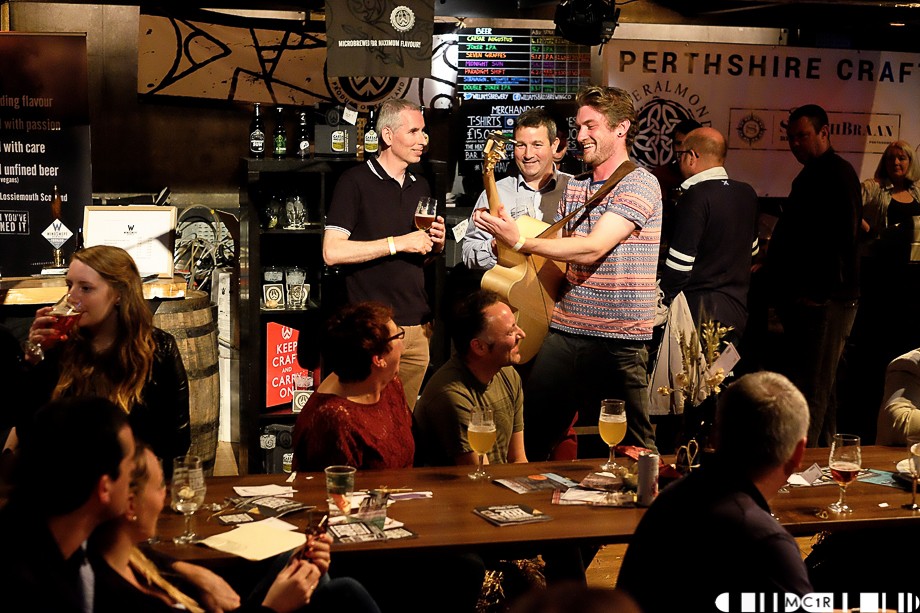 October will see Carnivale return to Hootananny with an Autumn Mini-Fest.

Six acts will play the two stages spanning both Mad Hatters and The Bothy.

With debut album ‘Swimmings in the Head’ on it’s way, Kate in the Kettle embraces old customs with new ideas, merging sounds from different places and weaving them into their own tune.

Ellen Renton of RaveChild describes the album as ” fulfills the real purpose of music; it transports us elsewhere, it tells a story, and it makes us listen.”

James Mackenzie has been getting everywhere recently (well maybe not every where) solo sets at Belladrum and North Hop being complimented by full band gigs, under the guise of Verona, at Jocktoberfest, Brew at the Bog and the Summer Showcase at the Ironworks.

Fellow Verona band-mate Caroline Truslove will also be playing, her debut solo performance in 2013 was caught by our reviewer who described her as ” to my ear at least, sits somewhere between Joni Mitchell and Kathryn Williams. Very pleasant indeed.”

Autumn Sun was borne out of North Highland College and brings together Indie, Folk and Rap, probably best exampled in their cover of ‘Fast Car’ (check out the song recorded as part of Croft Music Sessions).

Another relative new act is Jake Cameron, formerly of Strathpeffer, the singer song writer making his debut in Inverness. Completing the announcement is 20 year old Declan Welsh who brings a touch of humour and catchy tunes to themes such as politics, love, and relationships.

Doors are at 7 pm for this event with a collection to be held for STV Appeal Supporting Scotland’s Children to be made on the night.