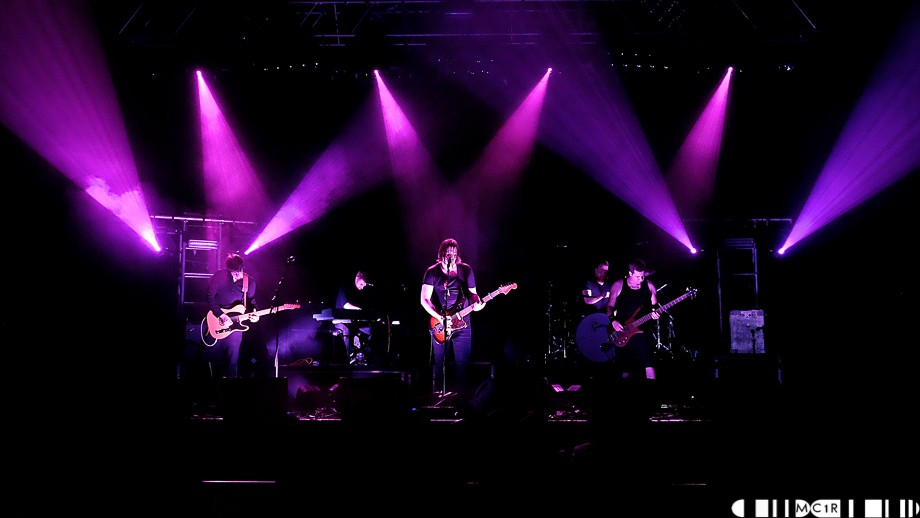 After months of hard work, and a lot of anticipation, Iain McLaughlin and The Outsiders finally released their new EP ‘Falling Through The Dark’ – and they did it with a bang.

The lineup of bands at their EP launch was a shining example of Inverness’ vibrant music scene and a small sample of the incredible talent from the local area. Support came from Red Ronson, Lionel and The Whiskys.

Normally a four strong lineup, this evening Red Ronson consisted solely of lead singer Andrew Barnett. Despite this, Andrew managed to provide the feel good, entertaining set that we’ve become accustomed to. The songs are ridiculously catchy and always manage to hook the audience they are played to – even if it is only to a small number, as on this occasion.

Lionel have been featured on many lineups throughout Inverness recently, and with good reason. They are quite easily one of the tightest bands around and never fail to impress. They received a warm reaction from the crowd as they played through set of well polished songs. It is clear that they have the potential to do well as their fanbase increases with every live performance.

Comparisons to Pearl Jam are fairly unavoidable when talking about The Whiskys, however with their set they proved that they are so much more than just Pearl Jam reinvented. Every song had a different undertone, they comfortably switched between genres mid song and they owned every second they had on that stage.

Songs such as ‘Heart and Bone’ and new song ‘Open Water’ particularly stood out on the evening. By the end of the set I could only wonder why they’re not performing this set to much larger crowds on a regular basis.

We had caught up with Iain prior to the gig, where he talked about the process of creating new EP ‘Falling Through The Dark’, the strong theme of which was creating a real, “human” feel to the tracks.

From the very first second of their set, Iain McLaughlin and The Outsiders hit us with a high impact, dramatic set – words that also fit well with their songs. They opened with the title track from their new EP which sounds sensational and set the tone for the rest of the night. From the off we all knew to expect only the best.

They played through a mixture of songs from the new EP and previous album ‘WeAreAllOutsiders’. Songs from both EPs prove that this band have talent by the bucket full and they aren’t afraid to tell everyone. Played in a live format, the songs all fit well together and provide a show like no other.

It is without a doubt that each and every member of the band have put their all into the new EP and their live set – both of which, they should be proud of.