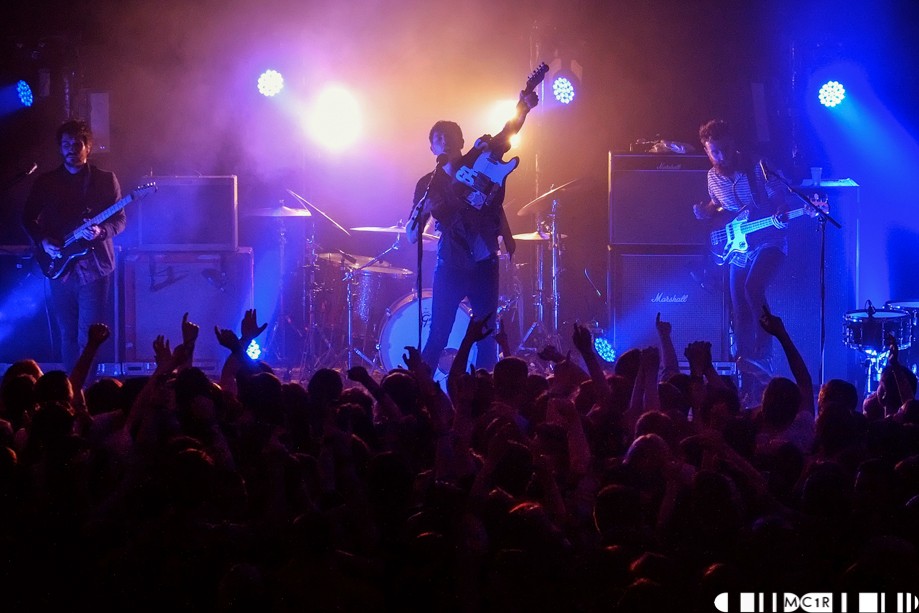 Branded ‘the festival which shouldn’t work’ this year’s Loopallu festival sold out before the line up was announced and now, with few days to go the excitement builds.

Hopefully the reasonable highland weather conditions will hold out a little longer, thinking back to last year’s festival where several rogue tents flew across my path.

The Ullapool festival boasts another popular line up this year, getting the balance right between the big favourites and the new and emerging talent. Loopallu’s Friday line up is nice and diverse.

It’s been a busy year for Dundee band Model Aeroplanes but they have returned to the Highlands yet again and are taking to the Loopallu stage for the first time. Having played Belladrum Tartan Heart Festival earlier this year, we know this indie pop band really know how to get a festival crowd going!

DJ Duo, Utah Saints are also on the Friday line up. Probably most famous for the huge electro track ‘Something Good’ first released in 1992, the pair have been touring religiously since the 90s and hopes are high for a rocket fuelled set from them this weekend.

Public Service Broadcasting is a name to watch out for. They create some really interesting pieces of music made up from, as the name suggests, old public service broadcasts. It will be interesting to see how their return is received by the audience. The Undertones will also be taking to the stage on Friday night, and their new wave anthems are sure to be a welcomed warmly by the Ullapool crowd, although it may come as a disappointment to hear tracks that were originally sung by popular front man Feargal Sharkey now adopted by Paul McLoone.

The main headliner for day one of Loopallu is the indie-rock favourites Twin Atlantic. They have already brought two tours to the Highlands this year and with their newest album Great Divide grabbing the number one spot on the Scottish Album Charts and number six on the UK charts, there is sure to be a buzz about these boys.

Saturday’s line up is just as promising and see’s the return of the Vatersay Boys, always guaranteed to provide a crowd with ceilidh music with a bit of gusto and craic!

Fresh from the Ironworks stage last weekend are Vigo Thieves, a name that we’re hearing more and more. If you’re into Indie, make sure you get to the tent for these boys! I’ve never known anybody to come away from an Alabama 3 gig disappointed and I’m hopeful that come Saturday night, I’ll be saying the same, as they play an Unplugged set for us at Loopallu 2014. I have to admit I am curious to know if the band, most famous for providing the Sopranos theme track ‘Woke Up This Morning’, can create the same buzz unplugged.

The festival will be headlined on the Saturday night by Britpop stars Shed Seven. The band have come back into the limelight a bit recently, as all of their albums have been re-mastered at Abbey Road this year and some tracks have been made available digitally for the first time.

I think it’ll be tough to beat last years closing act Newton Faulkner, who was a huge hit with the crowd but who knows, by Sunday morning I may sheepishly be writing that I was very much mistaken. I almost hope so.