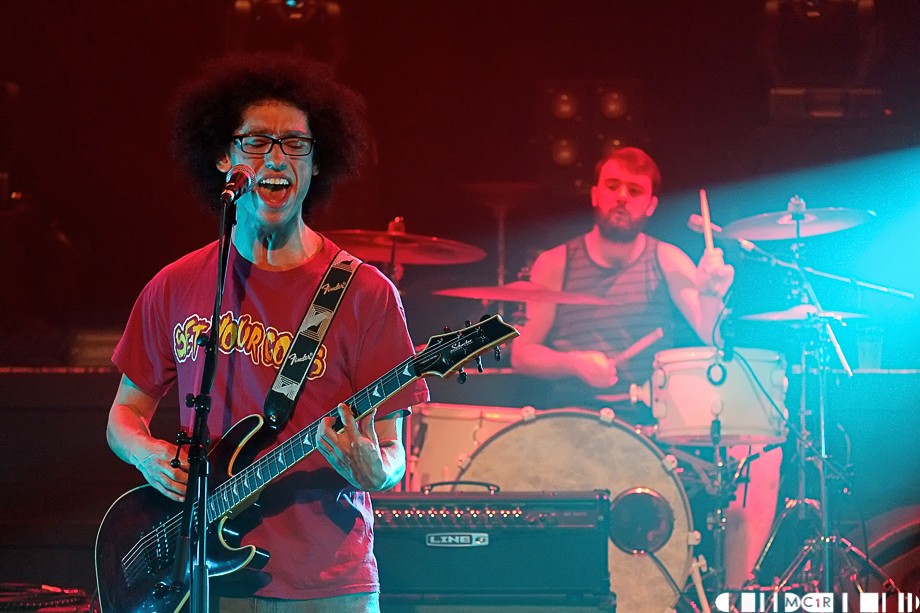 Ironworks have announced the first acts to play the Winter Showcases.

Saturday the 27th will see Lionel return to the venue that has seen some triumphant performances from Joshua, Russell, Gogo and Ross from this year including the Easter Showcase and goNORTH 2014.Our reviewer concluded

“They demand to be heard further afield” adding “They are just that good.” From ‘This Isn’t’ to ‘Hot Trigger’ it’s impossible to find a dud in their set, so the only the question is will the showcase performance mark the end of a cracking year or a platform for the band the build on the potential that they have?

Spoke Too Soon will continue their evolution at the Showcase, having had a relatively quiet year despite winning the support of Jim Gellatly in 2013 following winning a Fort William hosted Battle of the Bands in 2013. “Spoke Too Soon touch upon areas of rock, punk, metal and wrap it up in a tightly delivered parcel with a stars and stripes ribbon” announced our reviewer of their gig in May.

Stephen Bull of the band said “We’re very pleased to be asked back to the showcase after playing the Ironworks recently, with some new songs we’re excited about.”

Glasgow based Medals last visited Inverness when they supported Twin Atlantic in August where they drew similarities to the likes of Chvrches and Prides. Medals originated as a project for JP Reid, songwriter and frontman of Sucioperro, and one half of Marmaduke Duke and released debut album ‘Disguises’ with  plenty of plaudits at the end of 2013 (have a look at one such review). This year has seen them support Biffy Clyro (at the XFM relaunch) and play the Introducing Stage at T in the Park (see the video of ‘I Used to be a Dancer‘).

Four piece WeCameFromTheNorth their first EP “From Which All Things Depend” in March this year. “For a purely instrumental outfit” our reviewer of their Inverness gig in 2013 noted , “they have the talent and passion to hold the crowd’s attention for the whole of their set”.

Also on the bill are new band Atlas, hailing from Alness the guitar oriented sound creates an accessible approach on the lighter side of rock with indie sensibilities.

The Sunday night will see an acoustic showcase of (mostly) local talent. Megan Blyth returns to the Ironworks after a fairly quiet year although she is clearly increasing her profile again with spots at Hootananny and North Hop being very well responded to.

Her most recent EP ‘Devil’s Own’ saw a change of tone for the Megan, “Dark” our reviewer described it as before adding “but with a very silver lining” (Full review of Devil’s Own).

Megan has a flurry of positive reviews including her performances including when she was supporting Emma’s Imagination. Our reviewer noted; “It’s near impossible to not end up completely captivated when she takes to the stage, she flaunts incredibly intricate guitar skills and her lyrics are alarmingly deep at times”.

Craig Robertson is the former frontman of The Frues who has performed at the Royal Concert Hall Glasgow, Wickerman and Belladrum Festivals. Described as having “infectious melodies coupled with a dynamic performance”.He will be joined on the bill by Hollie Atkinson, winner of Bellas got Talent 2013, who draws similarities to Nina Nesbitt and Amy MacDonald.

Studying down in Glasgow has seen Josephine Sillars lessen her profile in the area however she has had a busy summer playing as part of Yestival as well as managing to play SandvikFest 2014. The 1st of November marks the release of her debut EP to be held at Hootananny.

Josephine, when asked about the Ironworks slots said “I’m really looking forward to coming back up to Inverness and it was really lovely to be invited to play at the Showcase. The Showcases are an excellent way of promoting talent in the area, so I’m delighted to be back in my home town playing at it”.

Last on this announcement is Imogen Islay Hay who most recently played Mad Hatters as part of the Hit the Road project. The multi instrumentalist singer song writer has impressed with the intensity of her performances despite her young years.

The two nights of Winter Showcases will be held on the 27th and 28th of December. Tickets for the gigs go on sale on the 26th of September via The Ironworks website.