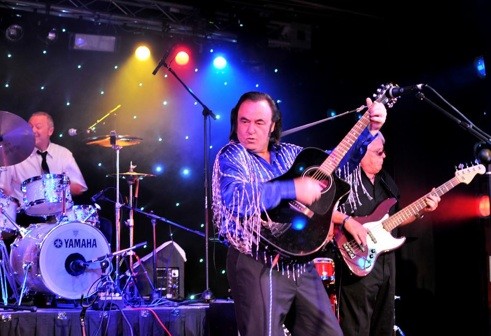 JJ Jones has been performing the tracks of Neil Diamond for over two decades, taking him all over the world.

The new show, ‘Hello Again’, allows the audience to enjoy two hours of Diamond’s classic including ,of course, ‘Love on the Rocks’, ‘Sweet,Caroline’ and ‘Cracklin’ Rosie’. The first part of the show looks at Neil Diamond’s early years with songs that helped establish a legend including ‘Solitary Man’ ‘Forever in Blue Jeans’.

The second half sees a more lively adaptation of his ‘Hot August Night’ album and songs from the film ‘The Jazz Singer’ and features hits including ‘America’ and ‘Hello Again’.

Complete with with the power of his superb 7-piece band, the evening is a spellbinding recreation of Neil Diamond – live in concert.

‘Hello Again’ will be at The Ironworks on the 3rd of October, tickets available online and at the venue.