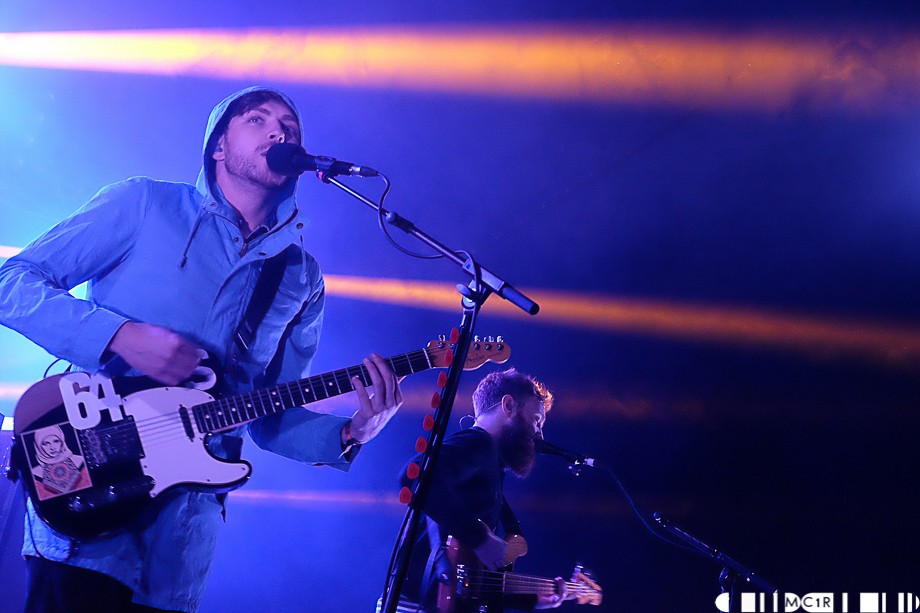 The last nine years have seen an eclectic mix of artists making an appearance at ‘the best fest in the west’ and current big names such as Jake Bugg and Paolo Nutini have played there in the past.

This year was as varied and fun as always. As tradition, The Ullapool Pipe Band ceromoniously piped the public from the gates of the festival to the main arena, just in time for the opening act Model Aeroplanes.

Now I tend to find the indie pop/ indie rock genres a bit troublesome; with a lot of people trying to achieve the same sound but failing to find the unique quality that puts them ahead. the upbeat Model Aeroplanes however, stand out from the crowd for me. They’re cool, talented and incredibly good fun.

The reaction of the early Loopallu crowd would suggest that I’m not the only one who thinks so! Model Aeroplanes will be supporting Fatherson in the Ironworks on 18th October.

Neon Waltz brought some atmospheric and intense rock to the tent next. They’re young, they’re fresh and they take themselves seriously.

This isn’t necessarily a bad thing however and they are creating a buzz. Their single Sombre Fayre has been very popular. Their Loopallu slot was the first of many gigs that they are playing around the country as part of a UK tour.

The next band on stage, I would have to say were the highlight of the day for me. Public Broadcasting Service are an incredible oddity.

Wrigglesworth and J. Willgoose, Esq don’t say a single word whilst on stage but instead a programmed voice has dialogue with the crowd. ‘It’s great to be back at….Loopallu festival!’ said the voice which could have been coming from a 1950’s wireless.

A screen on stage with the duo provides a visual element to many of the songs, with scenes from the old information bulletins and films. It was a really engaging performance and they’re a band I would recommend catching if you get the chance.

As the Ullapool weather took a turn for the worst and the night drew dark, The Undertones grew a large crowd, who warmed themselves up by happily jiggling along to old favourites.

The band were originally formed in Derry in 1975 with Feargal Sharkey as front man, however after Sharkey left to pursue a solo career the band reformed in 1999 with Paul McLoone as lead singer

Now, having grown up having my dad blast the distinctive voice of Sharkey, I can’t say I was overly taken with McLoone but he stepped into a big pair of shoes and it was great to hear tracks such as True Confessions, My Perfect Cousin and the unbeatable Teenage Kicks.

It is a bit strange to see men with greying hair belting it out about Teenage angst but The Undertones are another one of those heritage acts that go down so well at a festival like Loopallu and the tent had a real positive buzz about it ahead of the main headliner of the night Twin Atlantic.

2014 may as well have been coined the year of Twin Atlantic , with the Glasgow band going from strength to strength and increasing their already large fan base after the release of album Great Divide in August. I’ve seen this band three times this year now and each performance has felt as fresh and energetic as the next.

At the beginning of the set, Bohemian Rhapsody played, which is a tried and tested way the band have acquired of sending the audience into a euphoric state.

As the crowd shouted ‘gallee layo’ for all they worth, I was actually looking backstage through a wee gap (very professional) and it was incredibly entertaining to see the boys also jumping about and singing along backstage ahead of their performance. The band entered into a heartwarming group hug before one by one taking to the Loopallu stage.

They boldly started of the set with three new songs from the album Great Divide but the crowd were with them from the start. The tracks from the new album are much less rough around the edges than say from the 2009 album Vivarium.

Their current pop sound is a new direction for the band, but its working for them. Twin played an incredible 16 song set which ended day one of Loopallu 2014 on a high note.

Click for more Loopallu coverage , to keep up to date with what’s happening on Inverness Gigs, press the button below;