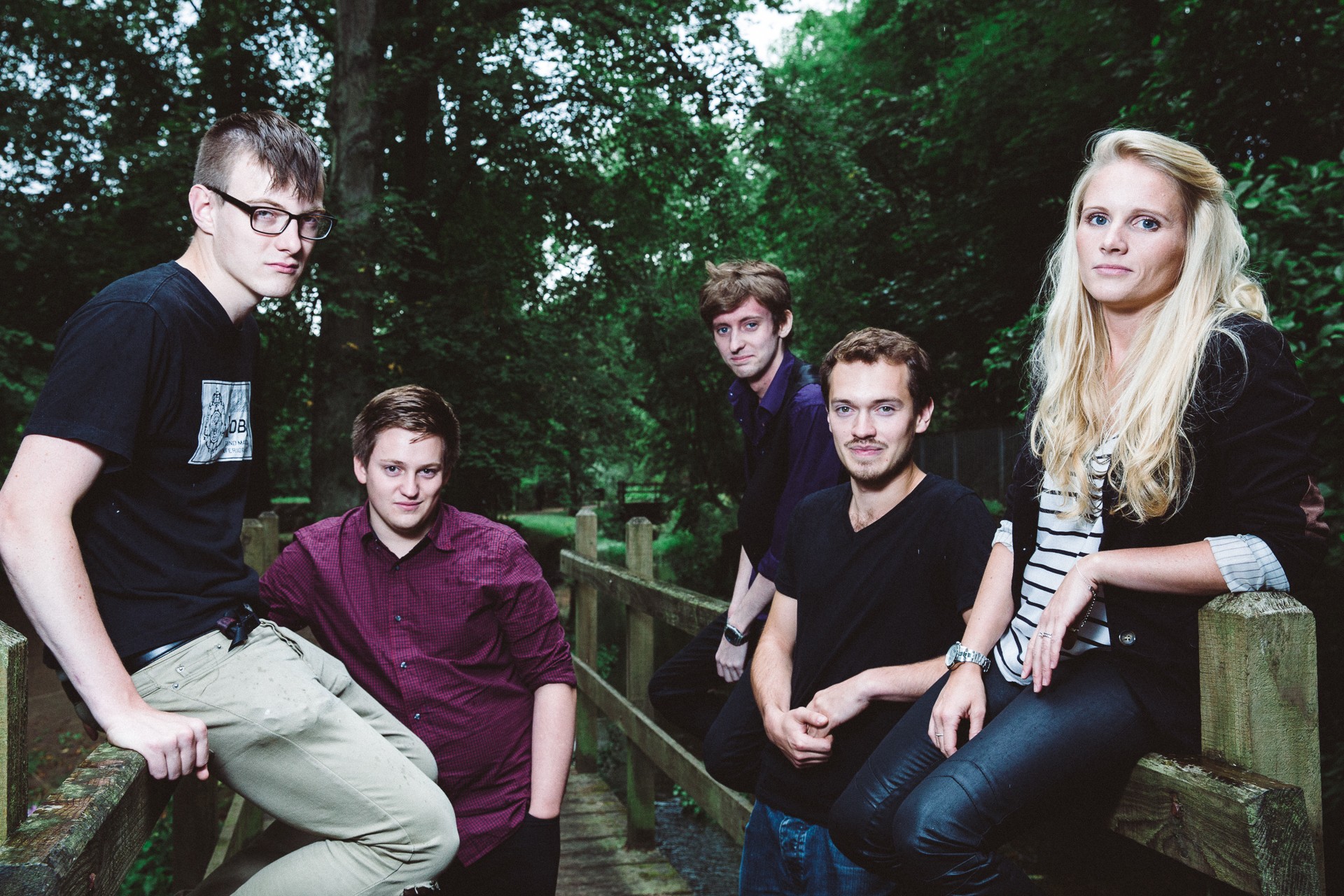 Junebug can officially be dubbed the first band to be announced for Belladrum 2015, however there is more, much more, to the Glasgow based band with achievements including releasing a couple of EPs and a headline slot at King Tut’s Wah Wah Hut earlier this year  . We spoke to the group’s David, Harry & Owen about the band, Bella and the future.

How did the band form and where did the name ‘Junebug’ come from?

We’re originally from Aberdeen, where David, Harry & Owen met, however after moving to Glasgow for University we discovered Alli & Aonghas and after gigging around the city for quite some time we decided to officially form Junebug.

The name Junebug originates from a misheard Kate Bush lyric, and was essentially a working title where “we’ll think up something else later on”, and then never got round to. It’s quite embedded now though, so it’s here to stay.

Interestingly you identify the contrasting Stereophonics & Kate Bush as influences (on your Facebook profile), how do you develop/create music as a band?

When we rehearse we generally either prepare a set-list for upcoming gigs and work on that, or sit down and work on new tracks. The usual process is that someone brings an idea to the table, and we build on it part by part.

It’s quite a fluid process. We don’t have a set structure of creating a new track – it generally just comes about through trying various ideas to see what works.

In terms of making the music fit with a release, there is a broader plan with how it all fits together. We’re currently over half way through writing the next EP, with only one more track left to complete I think. The last track is always the trickiest.

Rave Child described your music as being for “people who are willing to dig under the mainstream likes of Radio One and find the real music happening in the underground belly of the city”, what do you think of the quote?

That’s a very flattering statement from them! I would very much agree with the Radio One part. The BBC need to move away from playing the same six chart-topping songs on repeat for the whole day and instead take some interest in the broader picture.

Of course they can’t accommodate for every musical taste or individual artist, however look at the Scottish music scene right now – some of the biggest / most active names going are nowhere to be heard on Radio One, (bar a few exceptions, such as Prides).

You have had some high profile slots, what makes a good gig for you guys?

The technical issues are what makes / break gigs for us. We’ve had amps cut-out, pedals break, strings snap, microphones fall over, and so on. These are things that just happen to everyone who performs live and you just have to get on with it, however when a show runs smoothly we all breathe a sigh of relief afterwards.

Aside from that we deem a gig a success when afterwards someone comes up to us and says that they enjoyed the set. It’s always good to get feedback, and it makes it all worthwhile.

Following on from that what have been your highlights?

We’ve had quite a few career highlights, but to name a couple I’d definitely say:

Finishing the recording of our most recent EP “The Singles”. We’d put a lot of work into it over quite a few months, and to finally have the finished CD in our hands was a very rewarding feeling.

Headlining King Tut’s Wah Wah Hut back in June. It’s been a personal goal for the band ever since we first played a support slot at the venue back in 2011.

Having the opportunity to perform at Belladrum 2014. It was our first time playing a festival, and our first time at Bella. We loved the atmosphere of the whole event and had a truly memorable weekend. All that, plus winning the Bella’s Got Talent competition! [which resulted in the band also being booked to play Belladrum 2015]

You strike us as a band that has things brought together, whether it’s press, social media,videos or EP plans, how enjoyable are the other elements of being in a band nowadays?

One of the favourite parts of being in Junebug is getting to travel around the country and visit places that we wouldn’t usually venture to individually. Dependent upon our gig schedule we generally head out into the city that we’re in before / after the gig to have a look of it all – although this is usually just the nearest pub!

For our upcoming gig at Hootananny we’re organising accommodation that night so that we can all have a drink and a catch up with the folk that we met at this years Belladrum who have said they’re coming along to the show. Going to be a great night!

What are the plans after the Autumn/Winter tour?

We have a couple more last minute dates to add to the tour which we’re announcing in the next fortnight, and then after all that we’ve got a couple smaller gigs dotted around here and there to keep us ticking over to the end of the year, however the plan is to mostly begin recording the next EP.

We’re being extra careful and taking much more time with this one, so are starting things early on to ensure we have it ready for around March next year. We’ve begun planning the start of 2015, and whilst I can’t say too much at the moment due to contractual reasons you’ll see a couple of large shows at the start of the year, including us going South of the border for the first time!