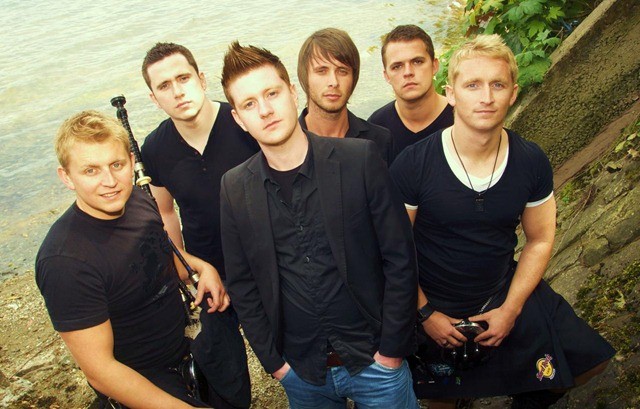 You’ve likely seen the banners up in town, there’s been a bit of press coverage already and any Gaels you know will be getting all twitchy and excited because the Royal National Mod is coming town. You’ve also hopefully seen our Mod Fringe article which should whet your appetite for the week to come.

But what is it? If you’re not a Gaelic speaker and possibly even a newcomer to the Highlands, then your first thoughts could well be of a bunch of Highlanders with daft haircuts zipping about on Vespas while listening to The Who. Of course that couldn’t be further from the truth and the Royal National Mod (Am Mòd Nàiseanta Rìoghail) is a different bèist entirely.

The Royal National Mod, or more simply, ‘The Mod’, has a long history. Dating back to the first event in 1892 in Oban, it has been held nearly every year since apart from the years during the First and Second World Wars. Staged annually in October at different locations across Scotland (just in time for the autumn storms and exciting ferry journeys) The Mod  is a Gaelic Cultural festival featuring competitions in Solo Singing, Choir Singing, Drama, Piping, Highland Dancing, Drama… and not to mention a fair few drams. In recent years it’s had extensive coverage on BBC Alba and BBC 2, including live broadcasts of the competitions and interviews with the great and good of Gaeldom.

A wide variety of ages and backgrounds perform at The Mod, from beginners to fluent speakers and primary school kids to older adults, there aren’t many other cultural events or competitions that are so inclusive. I have my own fond memories performing with choirs during my time in primary school and being alternately terrified and thrilled to be performing at such a prestigious event. More recently my own daughter has performed at the Oban and Thurso National Mods and I can testify that each and everyone one of the competitors puts in a fearsome amount of practice.

The main events during the Mod are the Gold Medal competition for solo singing and the coveted Lovat and Tullabardine Shield for choral singing. Watch out for the local choirs here, Dingwall have an enviable reputation having won it two years ago and are widely considered to be one of the best in the business. Còisir Ghàidhlig Inbhirnis (Inverness Gaelic Choir) last won it in 2006 and it’s entirely possible that singing at a home venue will give them the added confidence to go on and win it again.

choral singing may not sound like the most exciting of prospects

To the layman choral singing may not sound like the most exciting of prospects evoking images of fusty, staid church choirs, but Gaelic choirs are in a different league entirely. Your goose pimples will get goose pimples!  If you can’t get tickets to any of the events it’s still worth walking across to the Eden Court as you may get to see the choirs practising before they go in.

The event kicks off this Friday with a Torchlit walk from the City Centre to the Eden Court accompanied by pipe bands and street theatre, from there you can see the opening ceremony for free featuring Skippinish (fronted by a former Gold Medal winner in the shape of Robert Robertson) and Glasgow based folk act Gria who won the Danny Kyle Open Stage Award at Celtic Connections 2013.

One of the traditions of the Mod is the Massed Choir event – Caismeachd nan Coisearan’ – held during the closing ceremony on Saturday 18th October.  The choirs that have competed against each other at the Mod will come together in one massed choir to create one of the most stunning rackets you’re ever likely to hear. This will be held in the town centre and will make its way up to the Castle Esplanade.

Click to look at our preview of the fringe events.