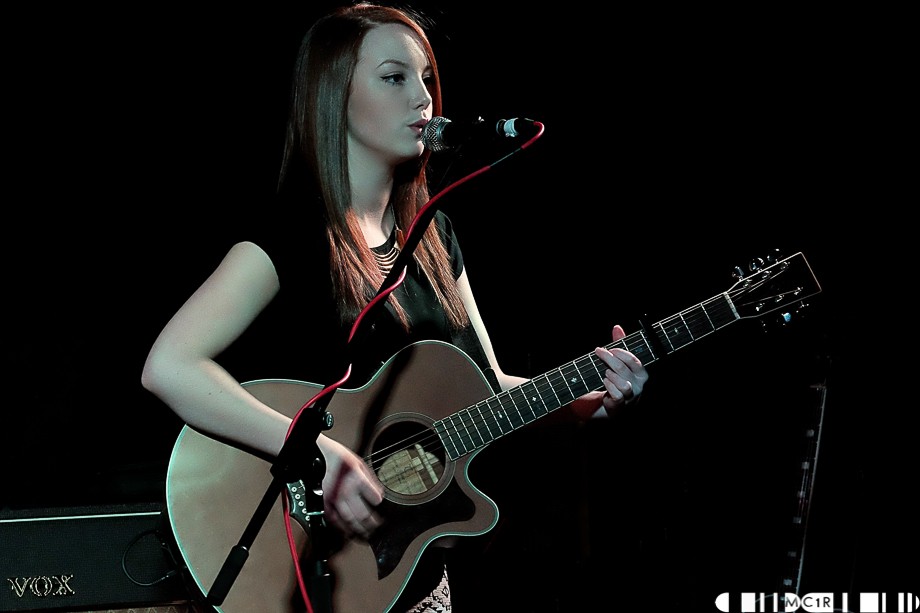 The 28th of December sees a whole wrath of acoustic acts (see list here), we managed to catch up with not one but two Showcase debutantes in Hollie Atkinson (HA) and Imogen Islay Hay.

Hollie Atkinson has played festivals including Jocktoberfest and Belladrum, the latter as a result of Bella Got Talent win for the Nairn based singer-song writer. Imogen Islay Hay is a singer-songwriter and harpist who recently toured as part of the Hot The Road initiative. We asked them both a few festive questions;

IIH Favourite gig would have to be hoots in September this year as part of the Hit the Road tour because the support was amazing and I had such a good time.

HA Definitely Belladrum. It was the biggest crowed I’ve played to, it was amazing!

IIH I heard Amber Run supporting Lewis Watson live this year in the Garage in Glasgow. I hadn’t heard their stuff before but it was really good probably.

HA The 1975 and Kodaline always put on a great show, but seeing Catfish and the Bottlemen for the first time side of stage was definitely the highlight this year.

IIH Castle Street by Lewis Watson simply because I have had it on repeat for so long now.

HA Probably Let it Go by James Bay, I can relate to the lyrics a lot.

IIH I hope to record and release my very first EP and pass all my highers!!

HA I hope to release my first EP next year.

IIH Struggled to come up with an answer for this question but I’m going to have to say Olaf from frozen just because he’s cute.

HA It’s got to be Matty Healy.

IIH Fame- because then you would have both .. I think??

HA A bit of both wouldn’t go a miss

IIH I really love Hogmanay but it has to be Christmas. Nothing beats Christmas!!

Hollie and Imogen will be playing the Ironworks Venue Winter Showcase on the 28th of December. Tickets available via the venue or the acts directly.

You can catch Imogen on Facebook and Sound Cloud, with Hollie on Sound Cloud too.

All our showcase material can be found here.

A Big Room and a Small Stage

Salt Water for all