Rockness have confirmed that the festival is cancelled for 2015. 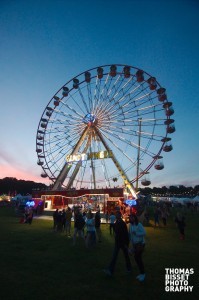 In 2014 a spokeswoman for the organisers said: “Due to the addition of a number of events alongside the World Cup and the Commonwealth Games, we’ve decided to take a year off.” The spokesman promised “We’re using this break to make the event bigger and better than ever in 2015.”

However the circumstances have changed and in June  we covered a tweet by Popcop who posted;

“Have it on good authority that RockNess won’t be happening again, despite what the organisers said about the festival just taking a year off”.

The Daily Record quoted an insider who said;

“It’s with great sadness that we’ve discovered RockNess will not take place in 2015. It’s hoped this isn’t the end of the festival and it will come back bigger and stronger next year but obviously there are concerns.

There have been some terrific weekends at RockNess and the festival was the biggest of its kind in the Highlands.A lot of people will be very disappointed but the rumours had been flying around for years that the festival wasn’t getting the numbers it needed to thrive.

Rather than continue to struggle financially and compete for the biggest names with the UK’s other festivals, it seems the organisers have decided to take a step back and regroup.”

From a website’s perspective we are saddened to see the festival go from the  Highland’s festival.

If your feeling nostalgic please have a look at some of our favourite photos from the festival.

What are your feelings about the end of Rockness? please comment below;