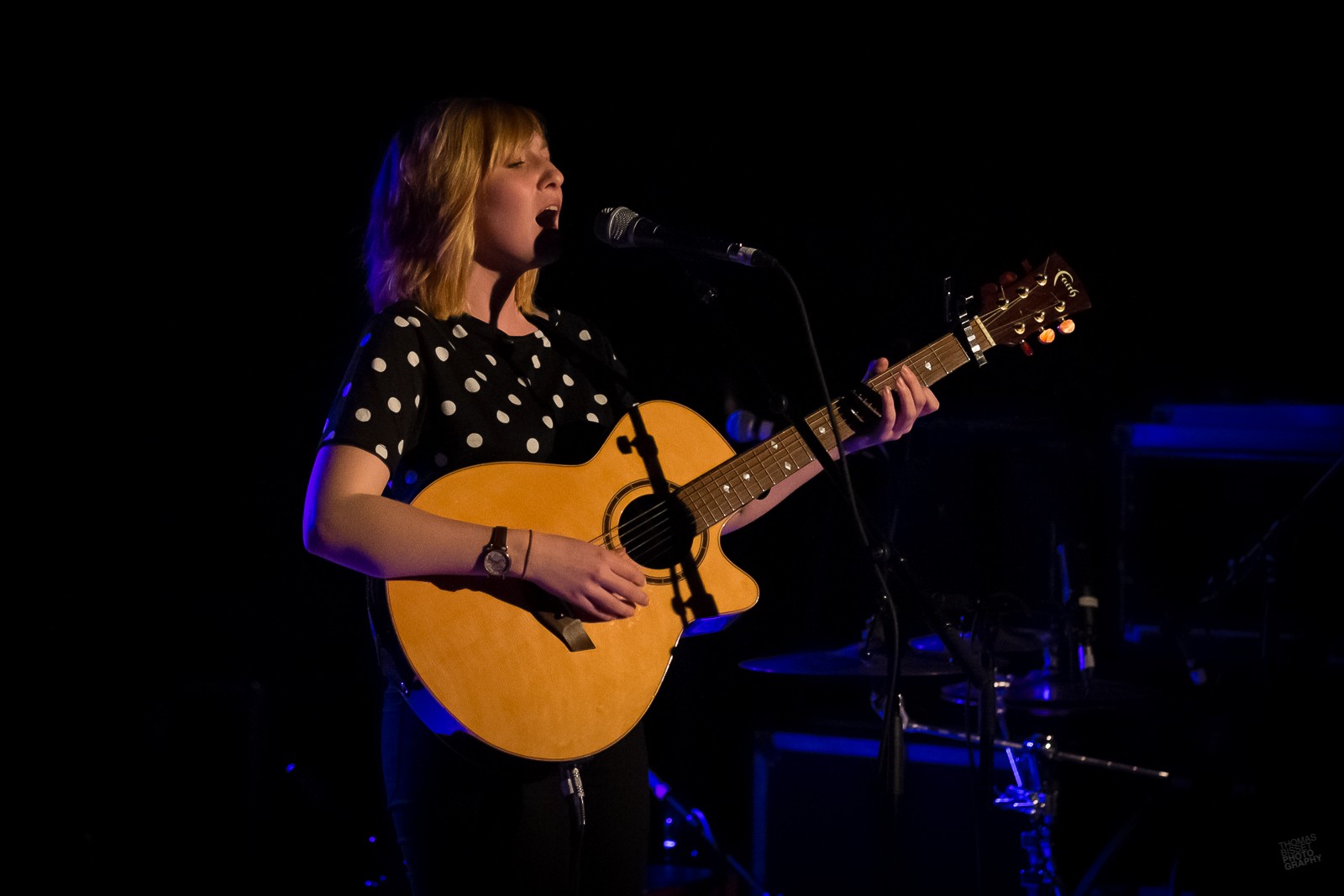 An interview with Alice Bentley

At last time of looking Alice Bentley was one of our most popular reviews from Belladrum , squeezed between Cryptic Keys and Rhythmnreel. There is ,indeed, no denying the support for the local girl whose gigs last year included playing Belladrum and supporting Ryan Keen when he toured the area.

Indeed at Belladrum our reviewer noted :”She never fails to impress with her exceptionally well judged covers … and her own material matures particularly well and just gets stronger with each outing.”

With 2015 already promising much including a support slot with Prides and a Celtic Connections appearance, it was a good time to catch up with the singer songwriter.

What took you to music?

Of course my parents have had a huge influence on my music taste etc but I have to say the one person that made me really want to do music was an amazing man called Dagger Gordon. He helped out with an organisation called Feis Rois.

Your support slots ,from Fatherson to Ryan Keen via Treacherous Orchestra, paint an eclectic picture. How do you see your genre?

It’s hard to say really. I think most people class me under folk which I’m happy to be placed in. One day I’d love to go down the electronic route and mix the two genres together but for just now I’d say new folk.

What are the best bits of being a young singer song writer in the area?

Probably how supportive everyone is up here. If it wasn’t for certain people up here I think I would have been done a long time ago. It’s good to get advice from the older generation as they’ve been there before and they know what the right and wrong things to do are.

You’ve got a couple of particularly special couple of gigs coming up in February (supporting Prides and supporting Celtic Connections) how do you feel about the gig and how are you getting ready for them?

I can’t even begin to explain how excited I am for Celtic connections and supporting prides. Since I was about 16 I’ve wanted to play Celtic Connections. Honestly I’m trying not to over think it all (I’m a bit of a worrier) I’ve got my set list planned out and I’m just looking forward to letting other people hear my music.

Where are you at with your promised EP release?

It’s all going really well at the moment. I’ve been down at Watercolour studios and hopefully I will get to release it soon. No date yet as I want to make sure I am 100% happy with the sound of the recording etc.

Apart from the EP launch, what are your ambitions for your music in 2015?

I really want to gig more in different places so I can expand my fan base and just generally have some more adventures to write/sing about.

You can see Alice at Celtic Connections as part of the Hazy Recollections strand on the 1st of February and then  supporting Prides on the 5th of February at The Ironworks. You can also check out Alice on Facebook.