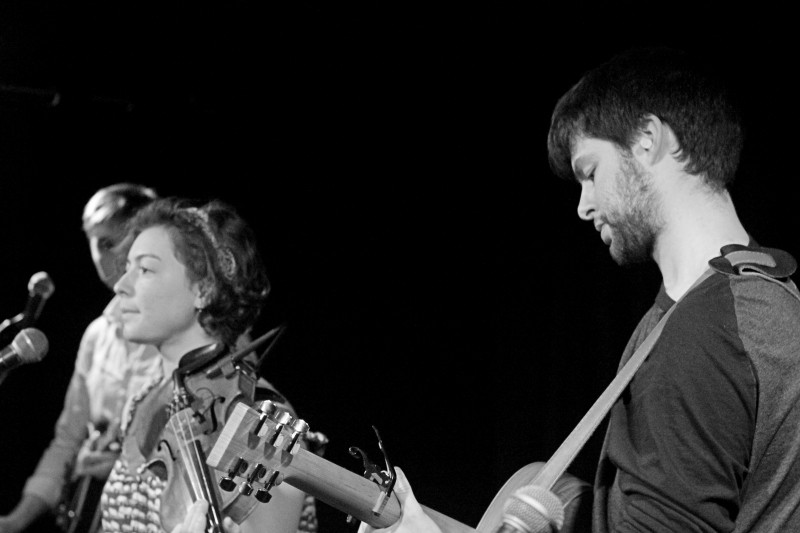 Without a local support act, or for that matter any support act, Little Kingdom’s Fraser Lennon welcomed everyone to a ‘friends and family’ gig. 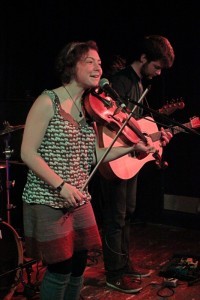 Thankfully friends and family were out in force so they didn’t play to an empty room. Little Kingdom are a folk rock band with a very definite underlying Scottish trad feel. In many ways they sit somewhere between the bands that you associate with playing downstairs on the trad side, and the more contemporary that you hear in Mad Hatters. But no one likes to play on a staircase.

Opener ‘Anaheim’ set the tone for the evening; setting off at a measured pace it stepped up from a canter to a gallop. Moving at speed is something Little Kingdom do with comfort.
Debut single ‘Yesteryear’, which is released on Monday aired second and it’s a song that requires precision in its delivery and real tightness in the band. they delivered on both counts.

As well as being carried off successfully the song also showcases the different elements to the band. Then ‘Footstomper’ does what it says on the tin. It’s, well, a foot stomper.

Between songs Fraser is an engaging frontman and regales us with stories of a previous visit to Inverness and Mad Hatters in particular after a gig in The Eagle where Fraser fell over someone breakdancing to Boney M’s Rasputin. Just a typical night in Inverness then. 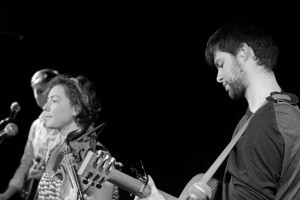 ‘Fortune Favours’ is one of their older songs but with the full line-up they give this oldie a new lease of life. There is a real rock ‘n’ roll drive to it. But all this rock ‘n’ roll comes with a price with Samir breaking a string. Quickly fixed they turned their attention to ‘Bella’; infectiously upbeat and no doubt reflective of their two visits to the referred to festival.

They reveal their dark side with ‘Like Lead’ the b-side of their new single although there was an element of light when violinist Eleanor kicked over her drink. Then it was first time out for ‘What You Say’ the penultimate song in their set. 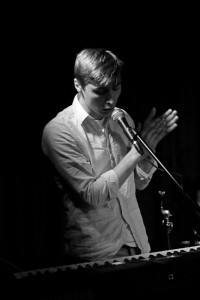 Making more use of Eleanor’s vocal it again is a song where they put their foot down early on and inject more pace. This a style that really suits the band and it was fitting that final song ‘Greet The Sun’ brought the curtain down on their set with a danceable romp around a barnful of energy.

Little Kingdom are a band that we have seen progress over the last couple of years from the early days of Fraser and Samir as a duo to the expansion of the band that played at the Eagle around this time last year.

Now it appears that the line-up is complete with the addition of Takuji Usui on bass guitar augmenting drummer Gary. The sound is more rounded and balanced, but equally inventive and energetic where required. They cross genres and do it comfortably not unlike fellow Edinburgh bands Dante and The Sweet Melindas.

Worth catching if you can.

If you can’t then their single is out on Monday and you can read our recent interview with the band where they talk about the newest single among other things.