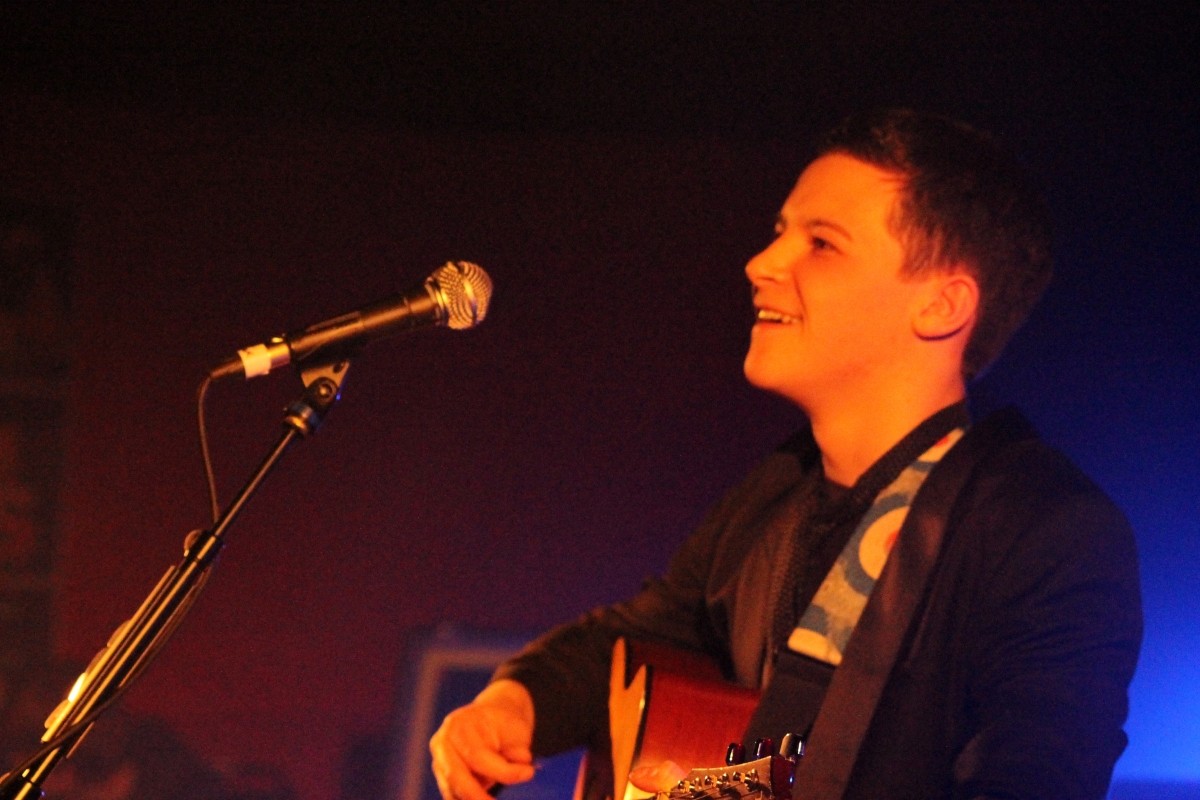 Despite his tender years, Steven Barclay’s musical achievements include playing Belladrum, being part of the Hit the Road tour and and successfully negotiating the rounds of the SoundWave Music Competition, with his band The Stellars.

2015 sees Steven release brand new material (including Jamie’s Light which is well worth a listen) and returns to gigging , after a hiatus, in the next couple of months.

Your profile has been more low key recently what have you been up to?

I’ve kinda been taking a back seat over the past year or so, with the odd acoustic gig here and there but no real plan on what I was going to do next.

I’ve always had a drive for music though, so I knew it would only be a matter of time before I was eager to get something together again. I guess you could use the old cliché and say that ‘I’ve been working on new material’.

How did the opportunity to work with Gregor “G-Man” James come about?

The idea of recording some of the new tunes had been lingering around for a while, and I have a few good friends down in Glasgow who I’d asked for recommendations from, with regards to a studio/engineer.

Gregor has been highly commended for the work he has done in the past and out of all of the producers who had been suggested to me, he seemed like the right one to go for. I got in touch with him to see if he’d be interested in working on the project, and we organised dates for the recording almost immediately.

Is the plan to continue as predominantly a solo artist now or do you think you will find yourself in a band again?

For the time being, I’m happy doing my own thing. I enjoy the freedom of being able to play whatever musical style that I want, rather than having to write for a band. I had a great time playing with the band, and who knows, I may find myself back in a band set-up at some point in the future. But for now, I’m enjoying performing as a solo artist again.

You’ve nabbed Andrew Stewart (previous bands includes Furry Vengeance) for some help on the EP, should we be expecting any other collaborations?

Yeah, Badger’s coming down with me to play on the tracks. I’m looking forward to it, he’s both a talented bassist and drunk, so it should be a good laugh. In terms of collaborations, hopefully there will be more.

However, at the moment I’m just concentrating on getting myself back into the run of things and we’ll see where it leads to.

How are you feeling about your new music, how has it developed from previous recordings and performances?

I’m confident that it’s a definite step forward. I’m not sure if anyone will remember the stuff I was doing before the band, but it’s a fair change from that.

My bedroom door seems to be enjoying the tunes, so I’m interested to hear what everyone else thinks of them, and at the end of the day, it’s down to them to decide if they like what I’m doing now or not.

I’ve got a few small dates booked for the next month or so, and I’m hoping to confirm a few gigs that I have lined up around the country soon. I’ll be debuting the new tunes at the Velocity Cafe up Stephen’s Brae, on Thursday 19th February and I’m in the Eagle Bar on March 20th.

Ultimately, I’d just be delighted to get back to regular gigging again. Anybody who’s interested, can follow me on all the usual social media sites and I’ll hopefully have some more dates to announce on there over the next couple of weeks.