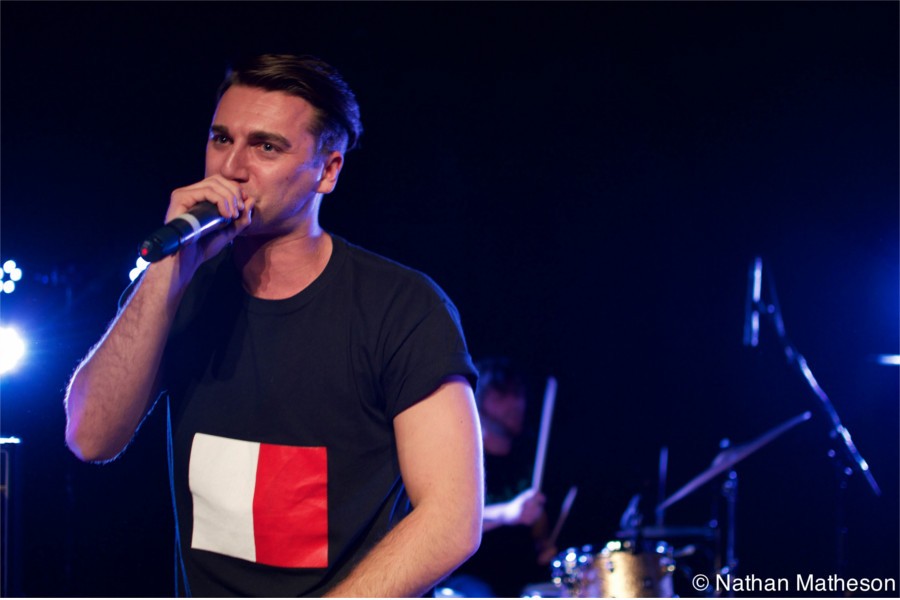 The LaFontaines returned to Inverness on Friday night to delight us all with their music, both old and new. Support came from Audio Jar, ATLAS and a DJ set from Yolo Toure between bands.

Local band Audio Jar kicked the night off, they provided the night with a rock edge and a touch of teenage angst. Initially there was a more instrumental feel, which showed off their skills. As it was the drummer Liam McLaughlin’s birthday, surrounded by family and friends, they went all out to celebrate by putting on a set to be proud of.

Following in their footsteps ATLAS took to the stage to a slightly busier room. They brought the fun factor, and were determined to get everyone involved. It worked almost immediately as people started singing along with some of their best known songs.

Added to this, a cover of Lorde’s ‘Royal’s’ got the whole room involved. This was the first time I had seen them live, and they left a good impression and I’m keen to see what their next move is.

The mighty LaFontaines took the night to another level as soon as they opened with new song ‘Slow Elvis’ and proceeded to reach new heights from there on in.Within minutes of walking on stage, lead singer Kerr Okan managed to injure himself by biting through his lip – despite the constant bleeding he continued to put on a show like no other front man can.

They are, finally, due to release their debut album later this year, so the set included several songs from the upcoming album including ‘Castles’ which is sounding sensational.

All of the new songs are giving us high expectations for the album, a feat that I have no doubt they are able to live up to. They also made their way through older crowd favourites such as ‘Under The Storm’, ‘Light Up The Background’, and debut single ‘Paperchase’. ‘Pon De Floor’ has become a staple part of The LaFontaines’ live set, and it is always easily one of the most enjoyable moments for everyone. Despite there only being a fairly small crowd, the energy in the room was incredible.

Some fans were treated to a rare opportunity during ‘My Yo-Yo’ as Kerr handed the microphone over and allowed them to join the band on stage. This treatment was also offered to me later in the set as they unexpectedly, to everyone including the band, played one of their oldest songs, ‘Superstar’. In February they headlined King Tut’s in Glasgow where they retired many of their old classics, including ‘Superstar’.

Due to continual pleading from a fan they returned it to the set for one last time – it was a joy to hear for one last time, again. The night was rounded off with fan favourite ‘Shark In The Water’ and the whole room seized the moment to enjoy every last second.

Start to finish they reminded us why they are one of Scotland’s greatest bands of the moment and only made us even more excited to finally get our hands on a copy of their debut album.

You can read our most recent interview with The LaFontaines and Audio Jar.