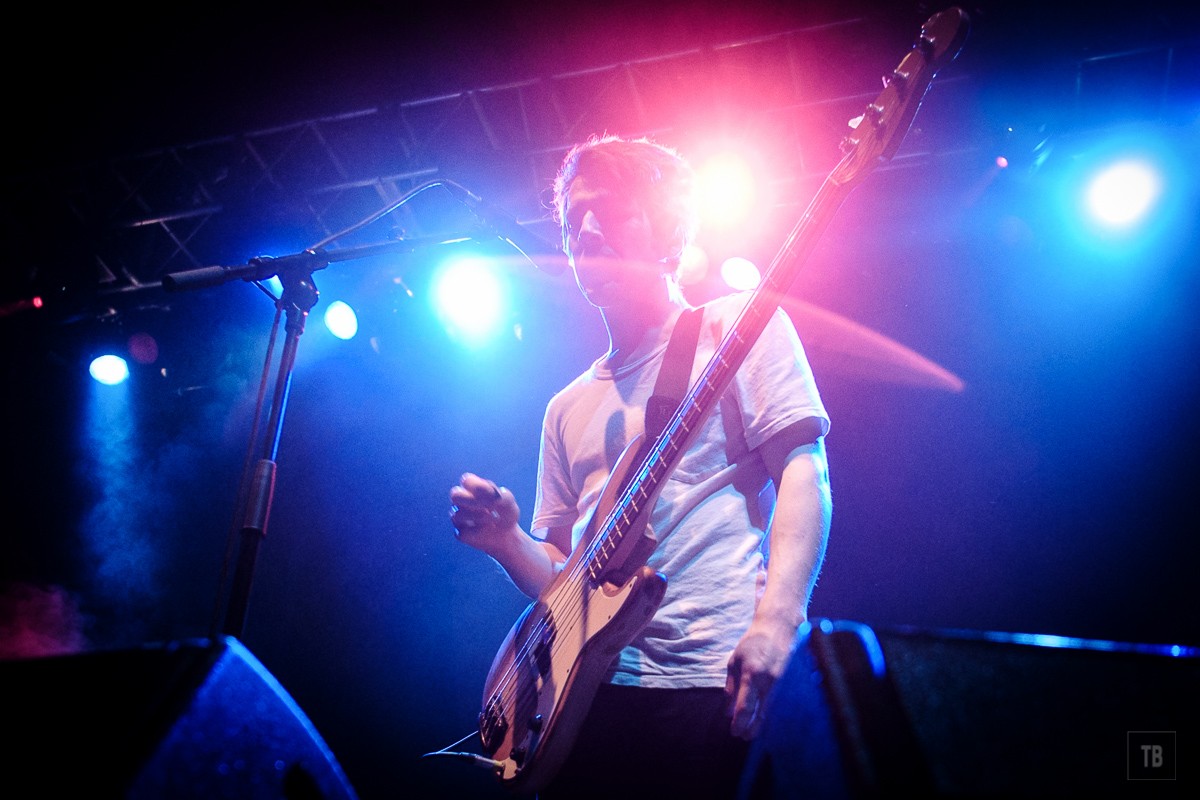 Bear Jacket kicked the night off, providing the local interest for the evening. Having heard good things about them in the past I was looking forward to finally seeing them live.

They kicked straight in with their feisty punk sound and appropriately set the tone for the night ahead. The sparse crowd embraced the music and the band appeared to enjoy their time on the stage.

Having travelled all the way from America, Heyrocco were the main support for the tour. They describe their music as ‘disney grunge’ on their online profiles.

This is actually a more apt description than you may think. Their set consisted of music with a trademark grunge sound, with a fun twist. A more melodic Nirvana.

Personally, I thoroughly enjoyed their set and hunted for their music online as soon as I got a chance. I’m not sure some other people in the room were as convinced as the amount of crowd participation seemed to fall. Despite this, they continued to play a strong set and left a good impression.

From the minute The Xcerts walked on stage they proved they are one of the best bands around just now.

Songs from their new album ‘There Is Only You’ made up the majority of the set, this was something I was more than happy with as it was easily my favourite album of last year. Like the album, their set was impossibly beautiful from start to finish.

There may have only been a small number of people in the room, but there was a lot of love for the band who haven’t been seen in Inverness in some time.

Towards the end of the set they brought back a few of their older songs, including an unplugged version of Aberdeen 1987. Lead singer, Murray Macleod, stepped to the front of the stage, with no microphone and proceeded to create a very special moment.

Easily one of the most beautiful renditions of this song that I have heard. The crowd over came their shyness and joined in, only making the moment more poignant.

When not doing that they were thrashing through some of their louder numbers, including new single ‘I Don’t Care’ and other favourites from the album ‘Shaking In The Water’, ‘Live Like This’ and ‘Pop Song.’

Two of my personal highlights of their set included the heartbreaking ‘Kevin Costner’ which I just can’t get enough of, and the album namesake, ‘There Is Only You’.

I could have stayed there and listened to them all night,

More photographs of the gig.