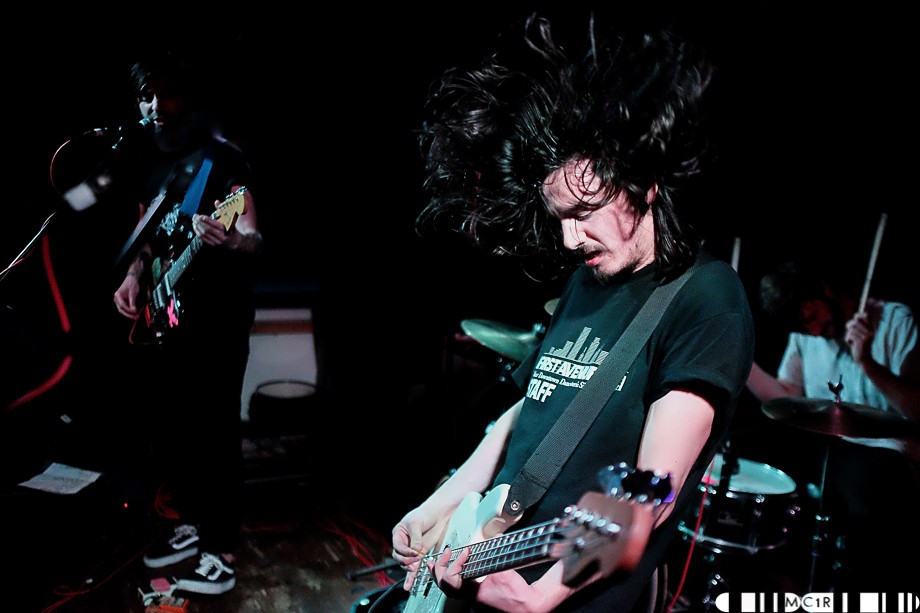 Cactus and Cardigan and PAWS at Madhatters on Friday 24th April 2014.  Pictures and (Not) a review.

Pedant alert: this is not a review. Alas I was unable to stay until the end of the PAWS set so a few words (mostly stolen from the bands own on-line info) and some photos to mark what was a seriously good night at Madhatters.

I’ve always been fond of three-piece bands and the particular energy they generate, so a couple of power trios in a venue like this will always appeal.

We have to thank Cactus and Cardigan for travelling south (although to be honest there isn’t much north of Caithness) – I had heard a lot of good things about them and I wasn’t disappointed.

Much is made of their lyrics, I have to be honest I have no idea what Peter Bacon was actually singing but it was a remarkable performance. Meanwhile Marc Sutherland and Jack Macphee on bass and drums were much tighter than a wizards sleeve.

PAWS made a long overdue visit to their ‘home’ town, but hey, they have been working extremely hard as an impressive gigography will confirm.

That experience and work ethic is brought to bear during a relentless hi energy performance featuring fifteen of their finest tunes.

Warning this bit is plagiarised;

”PAWS bash out infectious, lo-fi, garage pop-rock that can quickly shift from cute melancholia to an unnerving territorial roar.On top of the pulsating noise the 3 piece produce sit dreamy melodies that bare the bones of their author. Lyrical topics slide between sarcastic self-analysis and brutal home truths”.

They have earned a series of well deserved accolades including being placed at number 4 in Spin Magazines Top 50 acts at SXSW Festival 2013 and their first album ‘Cokefloat’ was nominated for a SAY award that same year.

They are nothing if not consistent; their second album ‘Youth Culture Forever’ has just been nominated for a SAY award this year.

The band have just announced that they will be recording their third album in the summer, checkout their Facebook for more details. 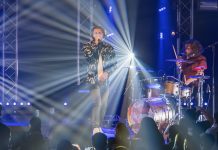