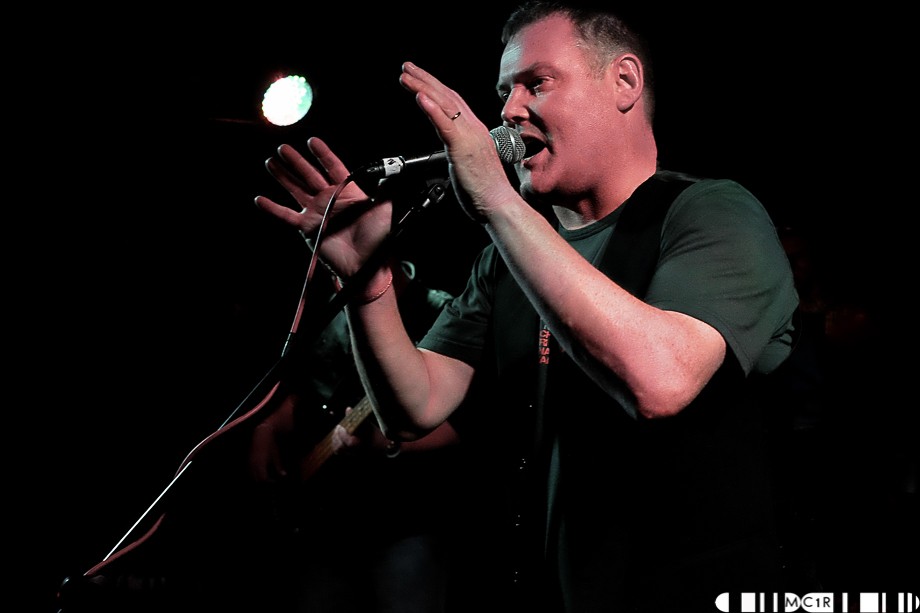 Raining Stairs with support from Hollie Atkinson at Mad Hatters, Inverness, 25/4/2015. A review.

It’s been a touch nostalgic for me in recent weeks. A reunion with college friends last week from the mid 1980’s then on Saturday at Madhatters, where a band well known from the local circuit at the same time Raining Stairs came together to play a reunion show.

First up was young talent in the form of Nairn girl Hollie Atkinson. She played a selection of her own-penned tracks, even commenting on some of her older material as ‘vintage’. Reasonably comfortable in front of a slightly older crowd, I am sure Hollie will be around the local scene for a long time to come.

The Raining Stairs started life as Flight To Cairo back in the early to mid 1980’s. Between their own experiences and stories, and the various members throughout that decade, they have left quite a legacy throughout the Highland popular music scene that still touches many even today. Read the interview with Kenny from the band.

Then there’s the name. To locals it may seem a bit strange calling themselves after a local landmark, but early on, the band had much bigger aspirations when they toured the UK with Runrig while the latter were on a steep rise to success at the time. Such is the luck in the music industry, it was even more prevalent then than now, that lesser bands would achieve the success that eluded the deserving Raining Stairs.

When you hear the strong, dripping melodies that songs like the opening ‘Windmill’ and ‘City Lights’ still have today, you realize that they are almost out of place in a small venue like Madhatters, this is stadium rock, which for whatever reason didn’t have the opportunity to be released to the greater world.

The crowd, which featured some ex-members and plenty other souls that had seen the band in their heyday, gathered in force to support original guitarist and songwriter Kenny MacLennan who tonight also took up lead vocals for the first time. “I am sh***ing myself” he told me before hand. There was no need; he put enough emotion and personality into his performance that the songs took on a new lease of life.

A rendition of their most popular songs including their final collaboration ‘One’ all made an appearance, and for those musicians playing tonight that missed the opportunity of shows like Dundee Caird Hall and the Aberdeen Capitol they can still say they were part of this historic Inverness band.

I didn’t realize that the original band had gathered in Ullapool for a reunion on the millennium, but that was not enough to spark them on to further glory, but with a collection of songs that would sit well on many bands greatest hits like ‘West Heart’, ‘World Comes Crashing’ and ‘Sunburst’ to name a few it will be interesting to see where Kenny takes this journey next.

They will make another appearance in Strathpeffer with a collection of other acts on the 12th June for Back to the Pav.

More photographs of the evening.