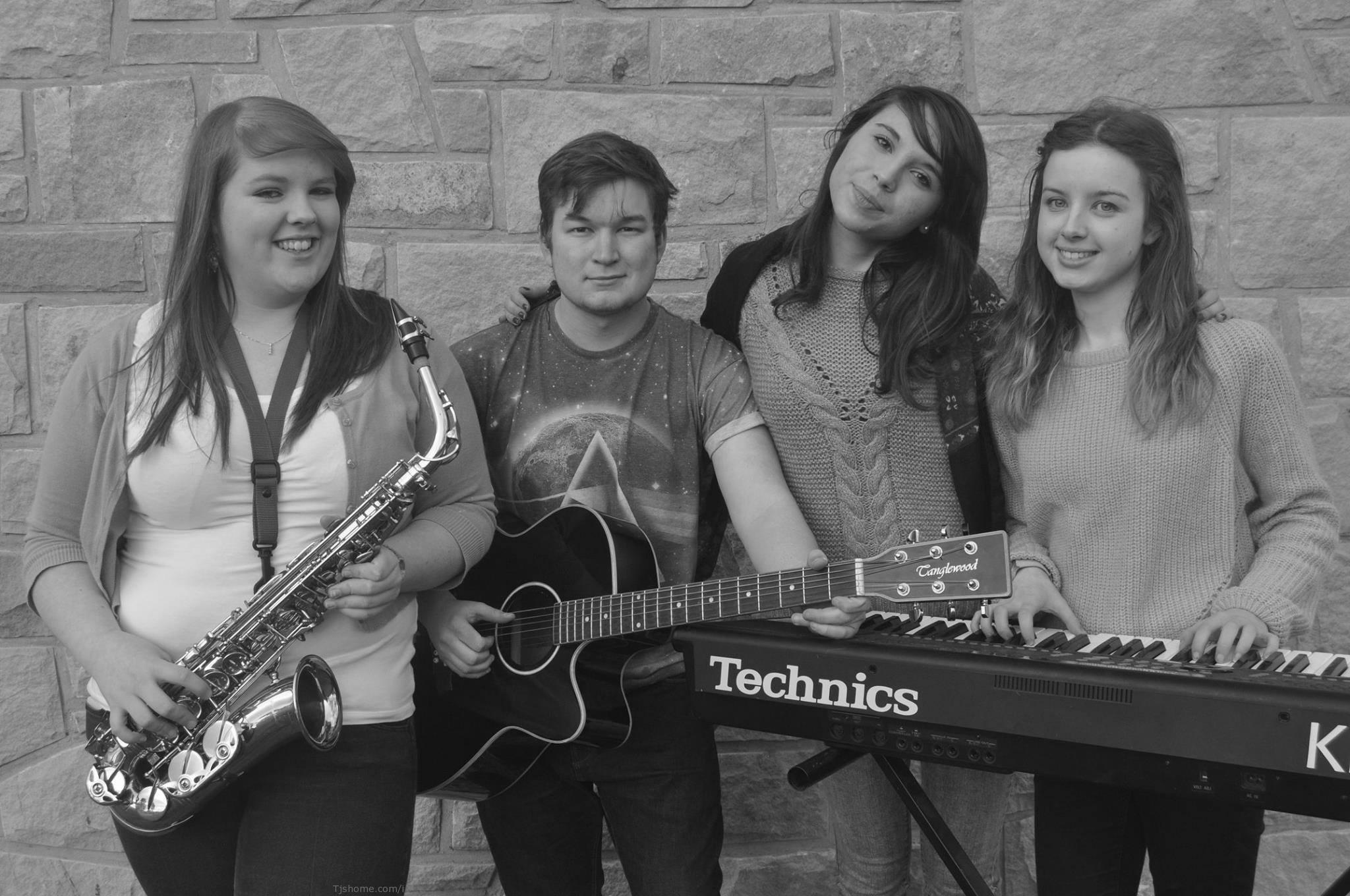 Following in the footstep of the likes of City in Surveillance and Autumn Sun, AlmostFolk are borne out of the Alness Campus of North Highland College. We caught up with Kenna Ross and Gordon Morrison of the band, for the first time as they prepare for the forthcoming Back to the Pav gig.

Tell us a little about Almost Folk?

AlmostFolk initially began as a college band. We formed in September 2014. The band originally had 3 members with Carmen Beaton on vocals, Gordon Morrison on guitar and Kirstin MacKay on saxophone but within a month Kenna Ross was added to the line up to play piano. Since the trio became 4 we began securing gigs and decided to take the band beyond college.

What are the challenges of being in a band that leans towards the folk genre in the current music environment?

While popular music is currently leaning towards electronic based music we believe there is still a place for a band such as ours. We are not folk in the traditional sense and bring a modern twist to the genre. The challenges of being in AlmostFolk are that a lot of people assume that we are a traditional folk band which places us within a certain corner. However, the more gigs we play the more we rectify this misconception.

What are the band’s musical influences?

As far as Gordon’s song writing goes he aspires to be at the level of Paul Simon, Nick Drake or The Tallest Man on Earth but each member of the band has their own influences. Kirstin’s roots lie in classical music while Kenna is influenced by the likes of Coldplay and Sam Smith. Carmen’s vocals are partly inspired by Priscilla Ahn, however her voice carries a unique tone unlike anything we have heard before.

What are the ambitions for Almost Folk?

Our ambition is to get our music out there. The more gigs we play the more exposure our music gets. It is safe to say that we love what we are doing but to hear it from an audience just makes it feel that much better. We also hope to release an EP in the near future which would have to be an ambition of ours.

What has been your favourite gig, in an albeit short career so far, and what would be your dream gig?

We have had two favourite gigs. The first was in Madhatters where we just seemed to blend together as a band like we had never done before. The other was at Plan B’s Shuffle Rewind which, despite being at full capacity, provided a nice atmosphere in which every person there came to enjoy the show.

Our dream gig would be to play at a festival. It would not matter which festival we played at but for the time being we have our sights on Belladrum and are trying to work our way into the line-up.

If you are looking tickets for Back to the Pav you can email AlmostFolk@hotmail.com.

Check out our recent interviews with other Back to the Pav acts; The Side and Sarah Williamson