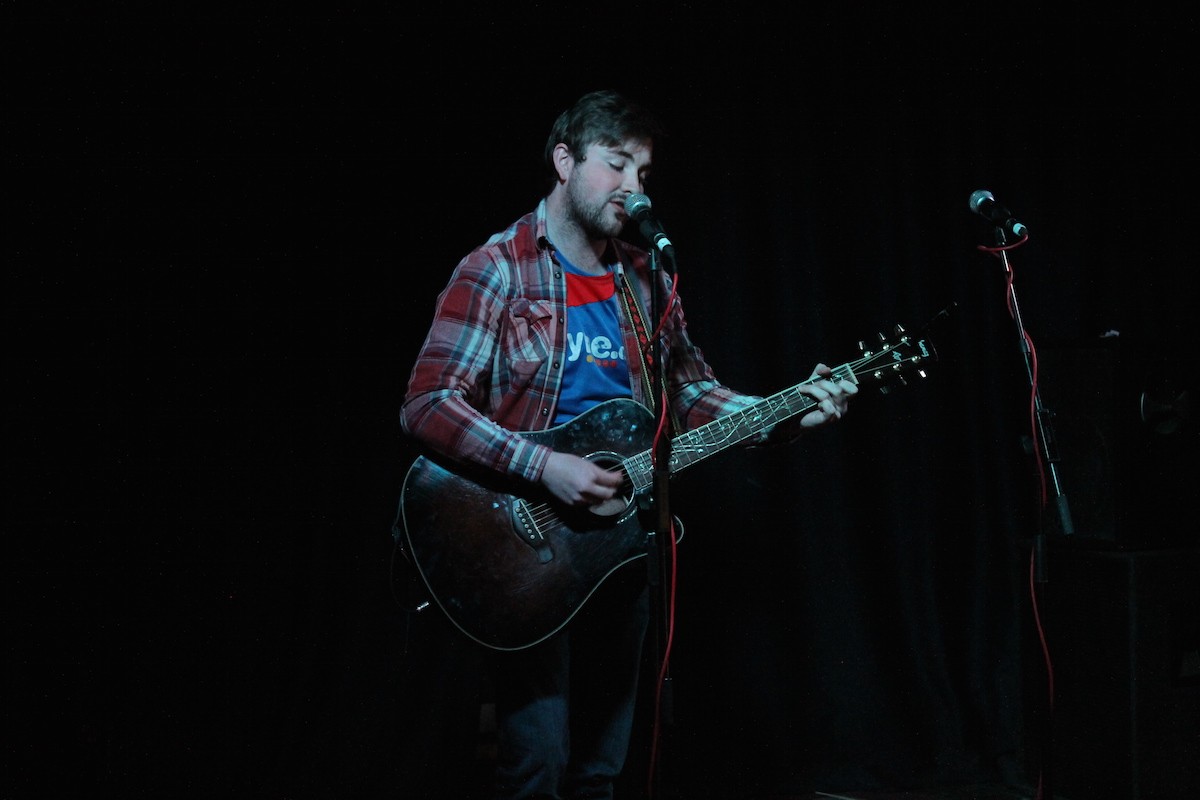 I managed to catch local lad, Dougie Scott, playing Mad hatters tonight. He had been asked to play three days prior, and had made the 11 hour trip from London to be here. When he started playing though, you wouldn’t have been able to tell he was anything other than on top form.

Veteran of Neon Knights and Square One, Dougie has been carving a reputation as a singer song-writer in his own right having already played the Barrowlands as well as launching an ambitious campaign get his track “Miss You Each Day” to number 1 in the charts.

Live, Dougie has a fantastic mix of breathy vocals, well written lyrics and amazing guitar playing. Dougie is a talented young musician who performed a lovely range of songs, from the slow ‘Miss You Each Day’ about the loss of a friend, to the more upbeat ‘Eyes Of Fire’ and ‘I Know Now’, also known as the ‘Ooh Ooh Yeah song’ according to Dougie. Sadly not many people were there to hear him play, which clearly needs to change.

You will however be able to catch him play at Belladrum as he has just been announced on the Free Range Stage for the festival. Dougie Scott is certainly a name I will be following with great interest to see what else this talented young man comes out with.

Check him out and see whether he has made it to No 1 on his Facebook page.