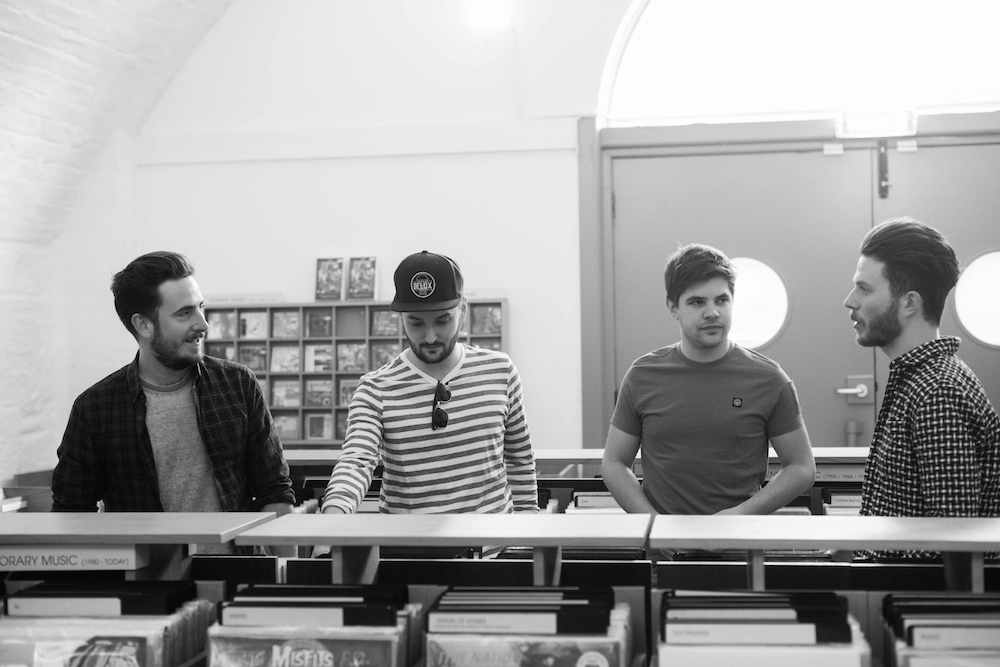 Brendan Dafters of Nieves. An interview.

The band originated in 2013, after a serendipitous introduction led to Brendan Dafters and Herre de Leur working together on some material and adopting the band name Nieves (taken from the Spanish for snow).

The band has since grown in size (Martin Murray and Ross Forsyth joining the band on guitar and drums respectively) and stature, finding themselves announced for a trio of Highland festivals (including the IGigs stage at Xpo North). We caugght up with founding memeber Brendan Dafters;

With three Highland gigs planned for the summer already, how are your feeling about your r jaunt (s) up north?

It’s the first time we’ve taken our music up north so we’re really excited to be honest. Our management are still finalising the details of our tour around Loopallu so we’ll hopefully cover a fair bit of ground in September!

Are you going to get the opportunity to catch other bands when you are at Xpo North?

We’ll definitely try and catch some of the other bands while we’re up. We’ve all got pretty different tastes in music so we might have to split up if we can’t come to a compromise haha.

What are the challenges of translating your music to the live setting?

The piano drives us along on record and it does the same job for us live. Having the new members has been amazing for our live sound as well, can’t imagine playing without those guys now.

We can’t help but be overwhelmed by the emotional intensity and narrative of ‘Black Tie’, how difficult was the song to develop?

Once we’re happy with the structure and melody, the lyrics take care of themself. I think people are suprised when they meet us and we’re not utterly miserable! One of these days we’ll write something less depressing….probably.

The band’s addition of Ross and Martin was described by your self as “a breath of fresh air” ,was that in reference to the sound of the band or something more?

I did mean musically, although they also happen to be brilliant lads. Our sound is fundamentally the same but those two have come in and made it so much bigger.

EP ‘Matriach’ looming, how do you feel about the EP and the tracks chosen for it?

We’re incredibly proud of the EP. They are four very different songs, but back to back they make perfect sense to us. We’re desperate to let people hear it, hopefully they enjoy it as much as we enjoyed making it.

Catch Nieves via their Facebook page and see their current announced gigs below;