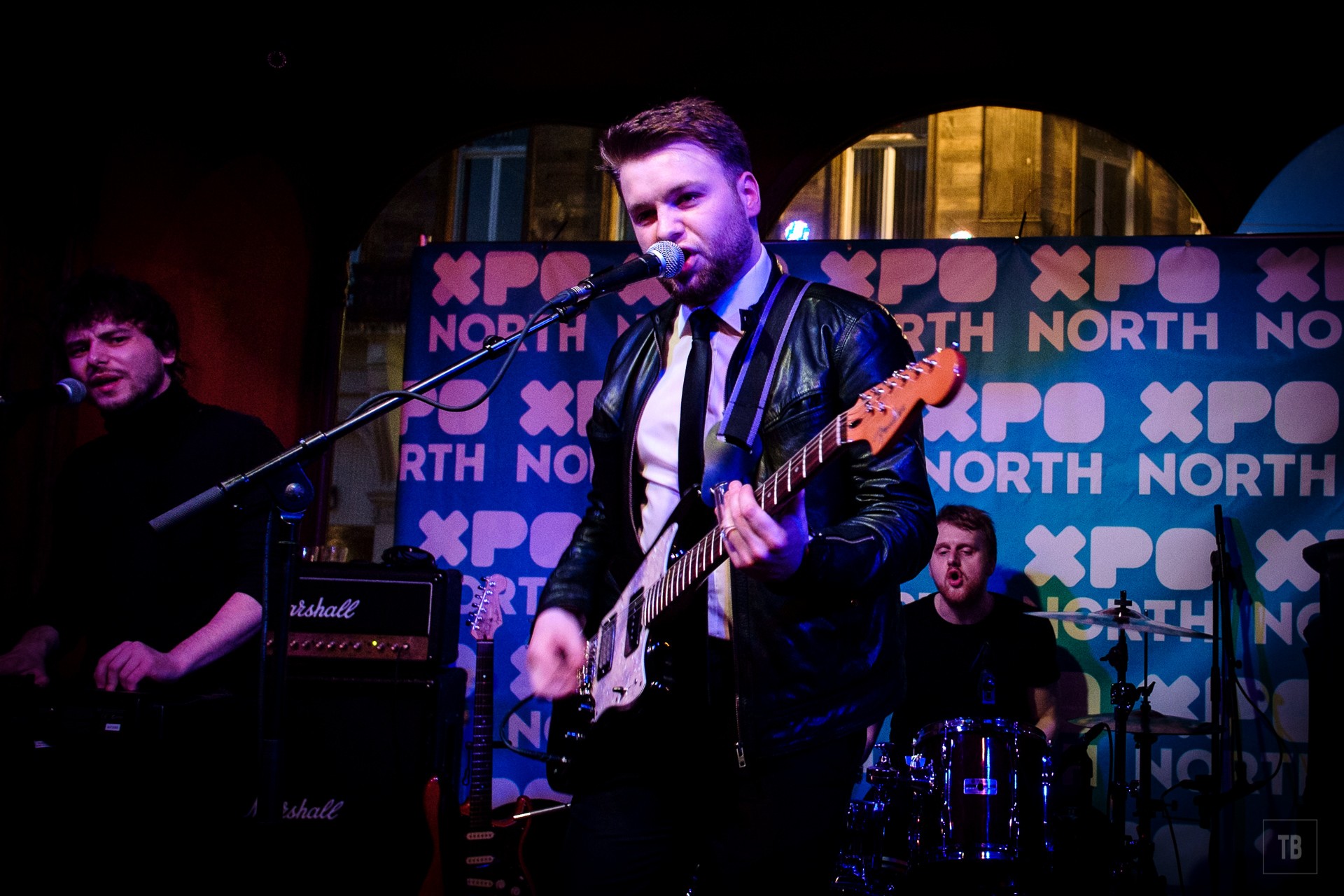 XpoNorth 2015 filled the streets and many venues of Inverness with an expectant and exciting buzz as the creative industries festival tends to do with an influx of trendy and talented folk.

The music showcase kicked off across the town. The first act I caught was Pale Fire who played in Blackfriars. Pale Fire are a Scottish Alt Rock band hailing from Glasgow. They drew a good crowd in for their 8PM slot. The band combine upbeat instrumentals with lyrics displaying Scottish wryness not unlike contemporaries such as Frightened Rabbit.

Overall it felt like many of their songs started strong and tended to fade slightly but their single ‘William with the Black Dog’ really stood out for me, well worth a listen.

Among many of the great acts performing in Mad Hatters during the Xpo were Monogram. Monogram describe themselves as a post pop band however I would suggest that their sound is still very much immersed in the pop scene, leaning towards the likes of Prides with big synth sounds and powerful vocals. Vocals were a bit quiet but on the whole I liked everything I heard from these Glasgow boys.

Playing on the Phoenix stage were the talented Green brothers. Now going under the name JR Green, Jacob and Rory successfully blend traditional music with youthful and fresh vocals. Jacob Green plays the accordion while Rory is mainly in charge of Vocals whilst also playing the guitar.

The last time I saw the boys was on The Free Range Stage at Belladrum Festival in 2014 and it would be fair to say that the boys were working through the set whilst Rory battled a mighty hangover. Hangover free, I felt JR Green were sounding very sharp and their set was impressive and fun ending on a high with a Biggie Smalls cover and yes, Biggie and the accordion DO work.

Lionel rounded of the Netsounds Showcase in Hootanannys on Wednesday evening with a belter of a set. Local Indie Rockers Lionel are consistently drawing large and enthusiastic crowds to hear their tight, edgy riffs and booming choruses.

Front man Joshua Mackenzie has a very powerful voice which is comparable to that of Harry McVeigh of Post Punk band White Lies. Here at IGigs I feel like we’re running out of imaginative ways to say that we really like Lionel.

Their set at Hootanannys was bouncing. Lionel’s songs all have a refined singable single quality about them with tracks such as ‘This Isn’t’ and ‘My Design’ going down a storm. It was a high energy finish to day one of XpoNorth 2015.

Here we go with Xpo