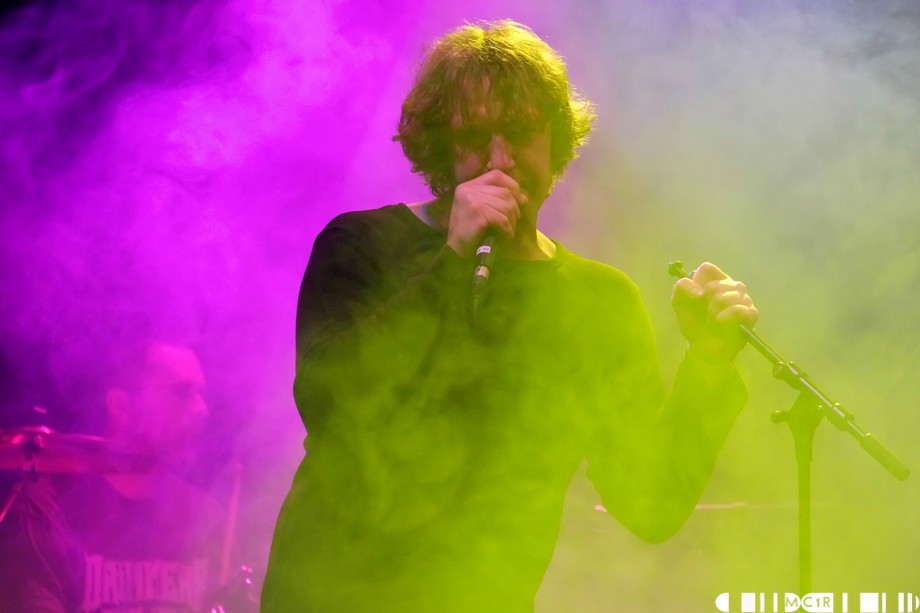 The Market Bar is packed tonight and it’s a struggle to get to the bar, but, as always when the mission is getting to the bar, we prevail. Drinks in hand and seats secured; we wait. Devil’s Queen are on first. They have a minor amp issue with some mobile phone interference, but after the usual poking and fiddling with cables (and silent prayers to the gods of technology,) it sorts itself out and they get started.

Their set kicks off with ‘Life Goes On’, the band creates an amazing atmosphere and the crowd are in good spirits. Despite the fact they didn’t seem to have a formal set list (songs ending with a hushed asking of ‘what’s next?’), each song flows well from one to the next. Clearly an informal, free-flowing method of playing suits this band.

There is a really good balance of sound in the place, with no one sound prevailing over the music, and for such a young guy, the drummer was very talented. Their cover of ‘Black Knight’ is fantastic, despite a tiny hiccup at the start, and both the band and the crowd enjoy themselves.

The singer mistimes the beginning of the second to last song, resulting in his declaration of ‘This is why I left the band’ and then an advertisement of his availability to the crowd. The negative band politics seemingly bubbling under the surface leaks out into the atmosphere of the place somewhat, ending what was an otherwise fantastic set on a slightly awkward note.

After a brief pause while the stage was switched around and the drum kit fiddled with, the second act begins. Rabbit Punch manage to almost immediately dispel the negative atmosphere with a very strong start. The varied rhythms in ‘All The Kings Must Fall’ flowed really naturally and is a fantastic beginning to their set.

The vocals throughout are incredibly strong, and the drumming is amazing. The guitar only really shines through in the solos, but the guitarist holds his own whilst playing. The entire band seems to be having a great time, each member pouring so much energy into their music and the reaction of the crowd shows they were picking up on this and having a great time themselves.

Tragedy strikes halfway through though when a string breaks, but they seem to take it with good humour, and a disaster plan is implemented. They carry on with the same energy and enthusiasm until the end despite the hiccup.

Music aside, Rabbit Punch have an awesome collection of guitar straps, and it made my friend’s night when the young guitarist (I was sceptical about whether he should have been allowed into the bar despite being 19) let her touch his fuzzy zebra striped strap.