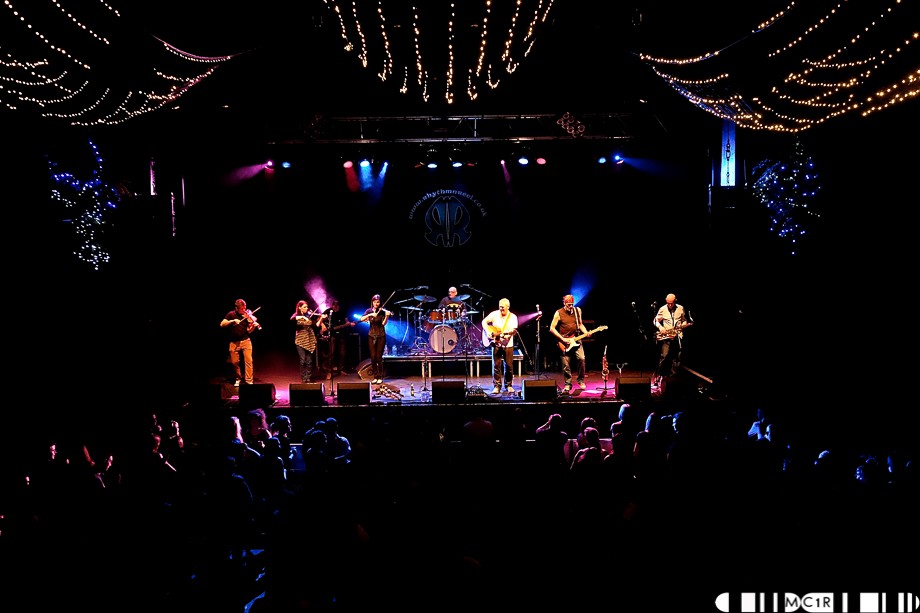 Stalwarts of the local scene Rhythm N Reel have recently celebrated their 21st Birthday, were described by our reviewer as ““a band who are consistent, dynamic, always entertaining and play with a smile on their faces – they never fail to deliver the goods”.

It is perhaps no surprise that the band have chosen to follow up to 2012’s release ‘Twenty’ with a live recording, the band’s founding members and bassist Mike Brown explains; “We decided to do a Live CD as we’re primarily a live band and thought the Ironworks would be a fantastic venue to do the recording to capture a cross section of our live set.”

The album, which is currently number two in the iTunes world music charts, features  a dozen tracks made up of a variety of the band’s own Celtic Rock sets and a few of their favourite covers including Fisherman’s Blues, Maggie May and Bad Moon Rising.

The tracks were recorded by local sound engineer Stephen Bull of Steve Bull Productions with mixing assisted by the band’s saxophone player Allan Hogg. Artwork for the CD was provided by Katy Gilchrist who is currently studying at the Glasgow School of Art.

Get the album on line now or direct from their website .

Tickets available from Shona’s of Tain in person and online

Tickets available from venue and online