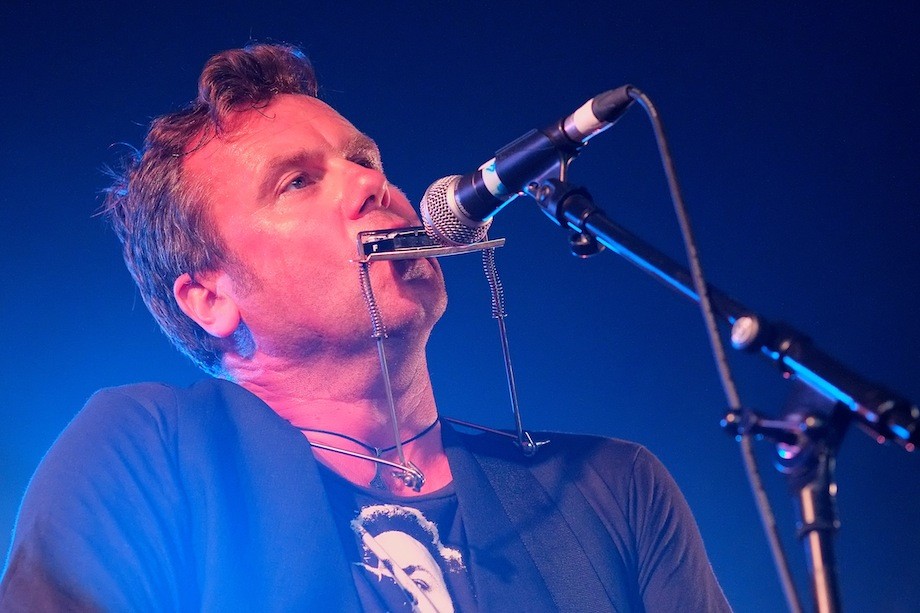 Belladrum wish list from the United Sounds of Americana, Lochbroom FM It’s that time of year again, the end of July is in sight and that means only one thing. Belladrum Tartan Heart Festival! Time to sit down with Youtube and the Belladrum poster. What secret gems lurk within those lists of band names? Who is this year’s Seasick Steve, Emile Sande, Ed Sheeran or Admiral Fallow?

A band you’ve never heard of, yet assuredly next year’s big thing. There are so many to choose from.Well, as we do every year, United Sounds of Americana has done the hard work, and is happy to share our findings with you. Lori and Gavin have a passion for all things Americana, country, folky, independent, acoustic, singer songwritery, and we share this with a large audience every Friday 1-3 pm on Lochbroom Fm. Belladrum is a major highlight of our year, where live Americana is guaranteed, particularly on the Medicine Show Belladrum Potting Shed Stage and the accompanying 2CV Stage. The Medicine Show line-up always features the best in Americana, including artists who travel from the USA specifically for the festival. Previous headliners include Robbie Fulks, Phil Lee, Jeff Jolly, Robbie Hecht, Joe Cassidy and the Westend Sound, and David Celia. This year’s line-up is no different, with three wonderful headliners. Featuring Ullapool’s finest Bluegrass band The Federals, Canada’s venerable Kenny Butterill and Minnesota legend Charlie Roth, lovers of the unique roots sound that is Americana will not be disappointed. Scottish artists as diverse as local bluesman Dougie Burns and the Cadillacs, Perth purveyors of Southern rock, the Carloways, impossibly gravelly-voiced Nicky Murray (with the beautiful fiddle accompaniment of Chloe Rogers), 12-bar master Andy Gunn, and the funk driven Oxbow Lake Band showcase the American sound in all its myriad genres. Highland songwriters include local lad done good Davy Cowan with his Stormchasers and Invernessian Sara Bills and the Hasbeens.

More rare in these parts are two bands from Edinburgh that we can’t recommend highly enough. Dark Green Tree and the Holy Ghosts get a definite tick on the United Sounds of Americana lanyard, as do Aberdeen’s Colin Clyne and the Carrons and London’s country rock giants Redlands Palomino Company. Rounding out our must see Potting Shed list are John Coletta and the Humff Family Revival and Hebridean. Alongside the Medicine Music Belladrum Potting Shed Stage is the 2CV Stage, sponsored by 2 CV Hire Loch Ness. Featuring seedling acts and impromptu collaborations between headliners, many a local musician has thrilled to a jam session with their heroes here. Don’t miss it! Outwith the Medicine Music Potting Shed Stage, opportunities to see first class Americana are dotted throughout the festival. Confirmed on the Garden Stage, American classic Martha Reeve and the Vandellas and Alt Bluegrass band Hayseed Dixie are definitely worth marking your guidebook for. Hayseed Dixie’s remake of pop classics into a bluegrass format are unforgettable and Martha Reeve is, of course, a Motown legend. Other stages with confirmed Americana acts are the Free Range Folk Stage with the hidden gem of Trees Don’t Travel from Aberfeldy, and The Rites, who were awesome at their coming out of retirement session at Strathpeffer Yule gig in December.

Other acts gaining the United Sounds of Americana stamp of approval and a place on our dance card include the Dolly Parton Story,and Hebridean brothers Willie and Tabs Macaskill (formerly Lush Rollers), the Goat Roper Rodeo Band, Have Mercy Las Vegas (jaw droppingly stunning at Brew at the Bog in May), Perth’s New Madrids, Martin Stephenson and the Dainteees, York based Blackbeard’s Tea Party (let’s hope they play our personal favourite ‘Chicken on a Raft’) and on Thursday’s Grassroots stage, Highland Folk Fusion band Gabbro, who do a unique version of Dolly’s ‘Jolene’, plus their own composition ‘Morar’ that always has the crowds singing along. Followers of United Sounds of Americana and Medicine Music will know that opportunities to see some of the Belladrum Potting Shed artists abound, in house concerts and at the Greenhouse coffee shop sessions in Dingwall.

For those not fortunate enough to have a Belladrum ticket, your luck is in. Bella Fringe events bring the music out of the festival to all. Headliner Kenny Butterill is in Session on 1st August at the Crystal House in Strathpeffer, followed by Paul Thompson on the 2nd, while Charlie Roth hosts a Bella warm down party at the same venue on Sunday night, 9th August, at 7:30 pm. Andy Gunn, Charlie Roth and Kenny Butterill also have dates in Ullapool before and after the Festival, full details available.

United Sounds of Americana are always seeking the best and brightest in music with an American sound, regardless of where the band originate. Our card is already marked for Belladrum Tartan Heart Festival, please join us in seeing our top picks at the best festival in Great Britain and keep live music alive! Full Belladrum features are on United Sounds of Americana on Lochbroom FM 1-3pm on 31st July and 14th August, we are off air on Belladrum Friday the 7th August.

Check out IGigs coverage of Belladrum, also get what’s left of the tickets and upgrades for Belaadrum 2015.

Icing on the cake