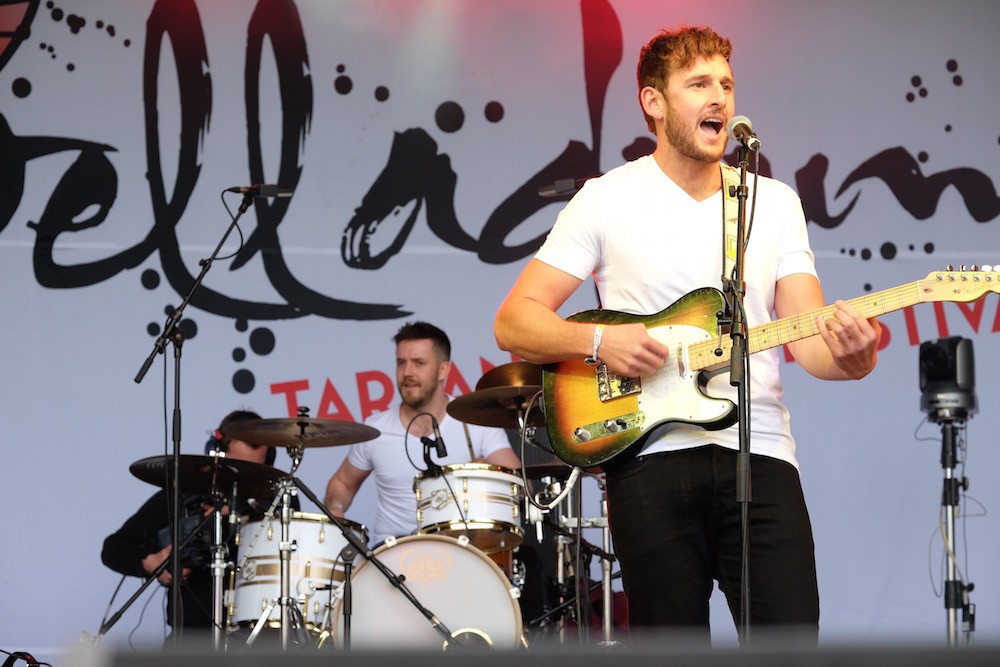 It was a difficult set for , who had released new track Dirty Stilettos for the occasion, men in denim due to a limited crowd caused by issues with queuing into and at the festival. However a few supporters had gathered with their branded T-shirts and their enthusiastic responses.

Lack of fortune was further added to by techinical difficulties that saw a little chaos in the sound being cut. For a band that have done well to build on their potential, particularly this year, the set had me checking wether it was indeed Friday the 13th. No fault of the guys whatsoever as what was played emphasised their continuing confidence.

Main stage performances, particularly for local bands, are much coveted, lets hope Bite Night get another opportunity to shine at the festival.