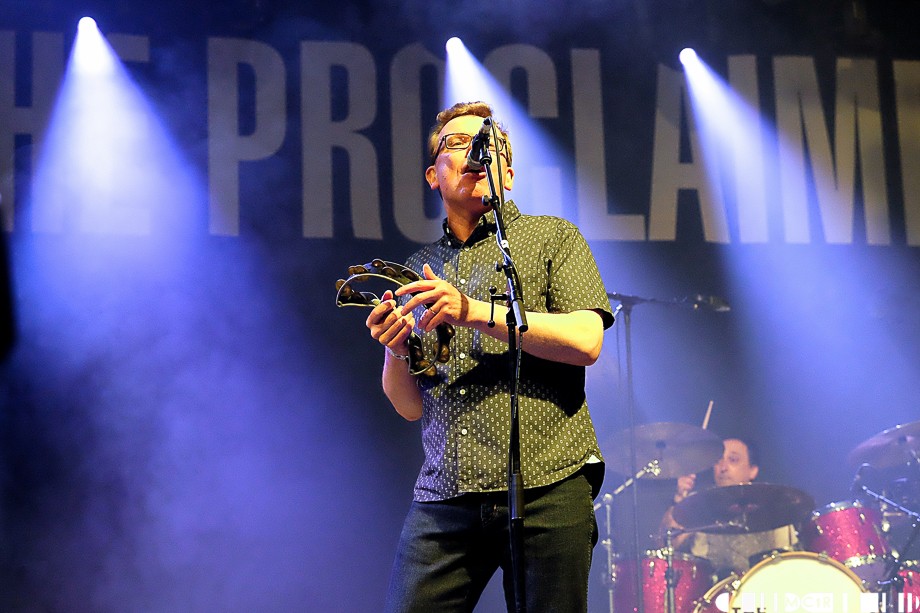 Review of opening night at Belladrum 2015.

Leaving Inverness at 4.20 you expect a few delays on the way to Belladrum (a problem that reduced the crowd for Bite Night), Clachnaharry being a particular bottleneck and not unexpectedly a queue as you approach the site. So instead of arriving at sometime between 5 and 6 I made it to the car park at 7.40 having joined the queue at Bogroy a fair few miles from Belladrum.

Accompanied by my Taylor (Swift )‘1989’ cd my spirits were kept high during the stop (it was mainly stop) and start journey. But even by the third spin of the disc poor Taylor was beginning to sound a little like Lana Del Rey.

However once I caught a glimpse of the site my spirits begun to lift and the journey became but a distant memory. Well almost. On site as I ventured to find a spot for my tent I saw the activity of tents being erected, supplies being taken in, beers cracked open, food cooked, and close to where I pitched up, swingball. Journey over, the real business was beginning.

The first notable change was that the marsh in the middle of the family area had been made accessible for camping albeit with a couple of disclaimers. Once in the arena you could tell that it was no ordinary Thursday night opening as the crowd was sizeable at around 9pm. As is usual the first port of call on entering from the campsite is the Potting Shed.

I like that Belladrum never changes for the sake of change when it comes to layout. It has a winning formula and doesn’t deviate from it. The strong vocal of Emma Mitchell had drawn a crowd, but there was more than just Emma there with her sharing the stage with many local stalwarts of the scene including Susanna Wolfe and Cigar Box Don. Their show was calling out to a growing audience.

As is traditional the Black Isle Brewery Grassroots Stage was alive with a ceilidh in full flow with Tweed leading it. Down at the main stage it was filling up in anticipation of first night headliners, The Proclaimers. The big crowd were clearly waiting for the songs that they could sing back to the band, and the first song that they could do that with was ‘Letter From America’. It was all rousing stuff. I took my leave of their set early to continue my wander around the site but wherever you were you couldn’t help hearing ‘500 Miles’ later.

Back in the Grassroots Tent were a 9 piece (I counted them more than once) The Retrophones. This tight and slick collection took us back to the golden age of disco, and it was one of those sets that you wished wouldn’t end. This was great fun. Just what Bella is renowned for offering.

I did take time out from the music to do what I traditionally do at Bella and that is pick up a late night macaroni cheese from the Argyll foods stand. Earlier I had their vegetable and chickpea curry. Both are excellent and it’s well worth a visit to see what they have. And I’m not on commission!

Finally as The Proclaimers ended Rhythmnreel led by Jim Kennedy took up the mantle to run the festival through into the Friday morning. They did this with aplomb warming an ever growing audience, it was about twenty deep outside the tent at their peak, before they made their way to their tents.

Overall, on site, the opening night was a massive success with a well received headliner and a fairly full festival experience felt by those who didn’t venture that far. However, the roads that lead to Belladrum just couldn’t handle the traffic of of such a heavy opening day: I know of some that turned back. It is, though, the first year that this has been tried and with a few changes it could be successful as a three day festival. One example would be opening the campsite much earlier, or even on the Wednesday night, to spread out the arrivals. Either that or wait until they upgrade the Beauly road to a dual carriageway…

Overall, once on site the long journey is overtaken by the sense of excitement that the festival brings. Not even a three hour plus journey can break that.