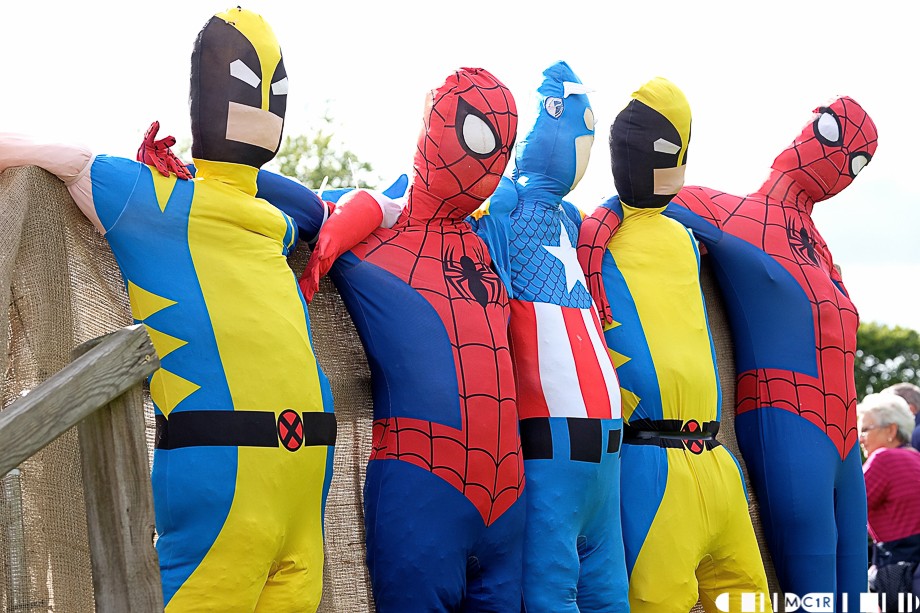 After hours of thinking about what to pack, about 10 minutes of actually chucking somethng into a bag, and a long drive in a very packed car: I arrive. Passes are aquired and I make my way to the general camping section.

Whislt putting up my tent, I have the joy of hearing just how much the people in the tent over from me have drunk already, apparently there are songs regalling these feats of wonder, and I start to think general camping might not be for me. But alas, I am here now. Time will tell.

So, a quick run down of what is on offer this year:

We have many a bar and varied food stalls, a market place selling fancy dress items and fairy doors, and everything in between. There is a petting zoo with pony rides various fair ground attractions, a cinema and much more.

As for the stages, again they are many and varied. The busking stages have a wide variety of little known acts throughout the weekend, and the Medicine Show Potting Stage kicks off during the day with some folksy acoustic joy that keeps a near constant crowd around it.

The Free Range Folk Stage is located in the walled garden, which is like a little oasis away from the main grounds. To get here, you wander down a hill, past a cute wee church that, for some reason, has three dead sheep angels up trees, and then past the dragon.

It’s almost as magical as it sounds from the journey, with the beetroot cafe being the first thing you see when you enter. Also in the walled garden is the Burke and Hare stage, and a viking reenactement group. Because what is a festival without the obligitary vikings?

The Black Isle Bar is very popular at all times, and also comes attached to the Grass Roots stage. I managed to catch the end of Gabbros set here, and then cursed myself for missing the rest of it. The Grass Roots stage has a fantastic selection of varied folk acts throughout the weekend, such as Coco and the Butterfields, and Blackbeards Tea Party.

Jock ‘n Roller Ice Disco is an actual ice rink. Because nothing is better during the Scottish summer, with its rain and/or blaring sunshine, than an ice rink. It is to have various dj sets and acts on through the Friday and Saturday. Along a similar line, minus the potential icy death trap, is Mothers Ruin stage, with its usual elephant mascot and psychedelic paintings, featuring a range of indie dance acts.

XpoNorth Seedlings Stage is up next, with a number of emerging acts that featured in the XpoNorth event in Inverness.

The Garden stage, is, without a doubt, the place to be, with headliners each night and an amazing selection of acts throughout the day. Everything from the beautiful Dorec-a-Belle to the amazing Manic Street Preachers, and just about everything in between.

Overall, this years Belladrum is looking to be an amazing event, although I will leave you with one final warning: General camping is most definitely a mistake. Luckily I seem to have found a lovely family group willing to adopt me into their camp circle as an attempt to protect their camp chairs.