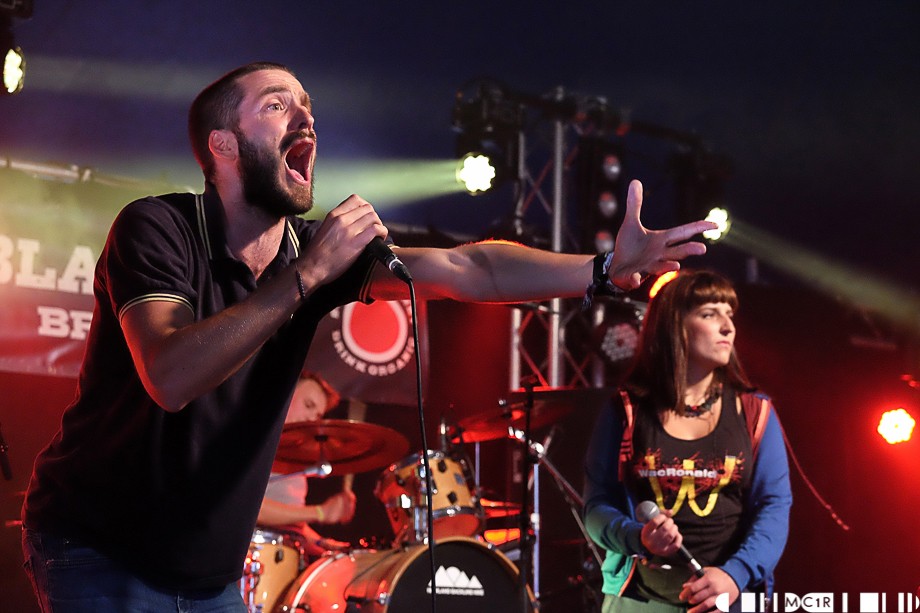 Sometimes, especially when one of your favourite bands is playing, objectivity takes a back seat. Dizraeli and Co have been playing together now for some six years, and in that time have built on a reputation as being purveyors of some truly excellent live shows.

It was one of these, three years ago at a festival in England, that I first saw them and they blew my tiny little mind away with the level of energy and sheer unadulterated joy they had while performing. So it was a bit of a shock to hear that this was to be their last gig in Scotland before they split up in September.

So tonight’s performance was particularly poignant for me, knowing that this is the last time I’ll ever see them together live (unless of course I go to the farewell gig in Bristol!). There was a niggling doubt that this afternoon’s show wouldn’t live up to expectations but I needn’t have worried in that regard. Opening with ‘There Was a Rapper’ from the album ‘Moving in The Dark’, those that had wandered into the Grassroots stage initially seemed dumbfounded by this odd mix of folk and rap.

The bands infectious noise isn’t one you can easily resist though and nodding heads and jiggling legs soon came to the fore. Special mention should go to Bellatrix and her phenomenal beatboxing skills, she’s been the World Female Beatboxing champion three times and it was pretty clear why. Latest and last single ‘The Depths’ was introduced as Dizraeli’s frustrations at the petty bigotry that still persists in society, Bellatrix’s vocals crying ‘I’d cry but you’re too small, your brains are dripping down my wall’ has enough menace to send shivers down your spine.

Still in the mood for a festival then check out the forthcoming North Hop festival featuring the best beer and local music in the area.