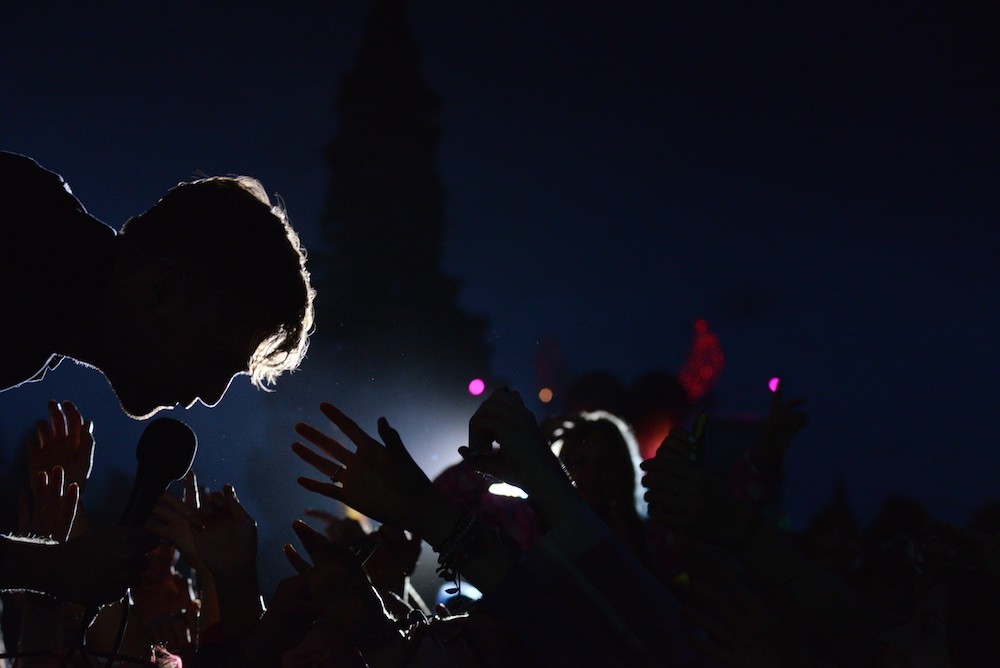 After a long few days, a lot of music and far too little sleep, I settle in for what shall be the final act on the main stage of Belladrum 2015.

Ricky bounds onto the stage and seems to keep up a level of energy throughout the set that is, quite frankly, impressive. I only hope he has an off switch for when the gig is over. If not, I feel very sorry for his fellow band members. He leaps from amplifier to amplifier, spends time directing the cameras, is utterly captivating and fully holds the crowds attention throughout the set.

He peppers songs with playful banter which is used to full effect to cover for some minor technical difficulties, playing to the patriotism of the Scottish crowd (Why yes, we also think Scottish crowds are one of the best to play for) and manages to (mostly) keep his language clean as a nod to the family atmosphere of the festival (and the BBC recording- Ed).

The set is a fantastic mix of old and new songs, which flow incredibly well together. Kaiser classics and semi-comic tracks ‘I Predict A Riot’, ‘Ruby’ and ‘Na Na Na Na Naa’ get a great reaction from the crowd, with arms in the arm and everyone jumping. Newer tracks from their most recent politically charged album ‘Education, Education, Education & War’ get an equally positive reaction, showing that the Kaiser Chiefs weathered their brief decline remarkably well, and have emerged anew sounding more mature, and with a nod to the Punk roots of Indie Rock.

The gig ends on a massive high note, with the first single from the newest album ‘Coming Home’ accompanied by confetti cannons. Ricky’s boundless enthusiasm and the mix of new and old really made this the perfect end to Belladrum 2015, and shows that The Kaiser Chiefs are still a major player in the world of music.

Read how Rival Sons got on, who were playing at the same time.