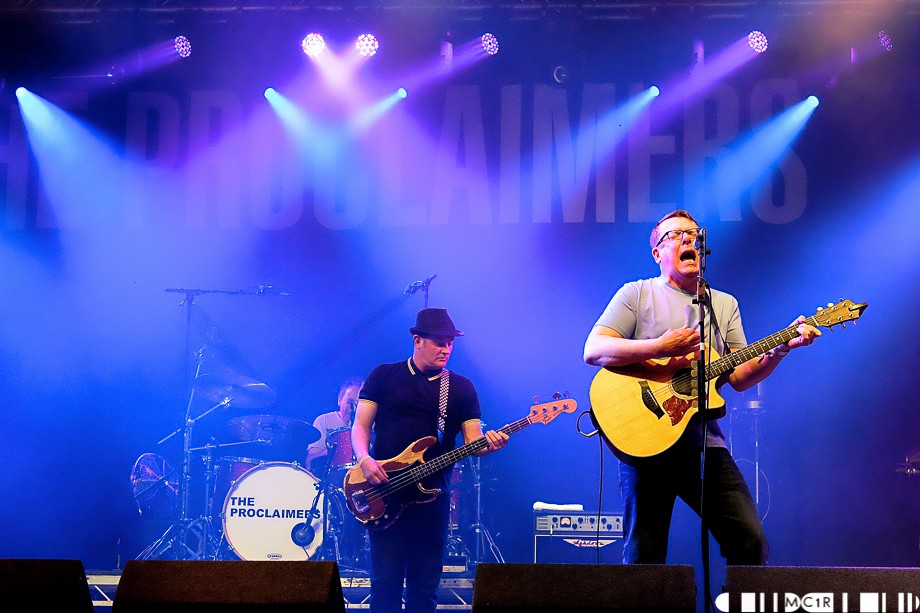 Originally I had doubts when I heard that Belladrum were changing their winning formula and adding an additional headliner on the Thursday night. Thursday is always a busy night at the festival however more so at the bars and the merchant stalls than at the stages so I had speculated as to whether people would be overly enthralled by the idea.

The success of the decision hit me as I realised I had underestimated the length of the queue to get from the campsite to the arena and therefore listened to the first Proclaimers song as I stood having my bum bag searched. A quick rush through the arena and I arrived at a jam packed Garden Stage going absolutely bezerk along to Letter from America. Yup, good call Belladrum.

The Proclaimers went down an absolute treat as the first headliner to take to the main stage. They first played at the festival in 2005 when Belladrum was just a baby, now 10 years later they return to the fully grown festival as popular as ever.

The Reid brothers now have over 10 studio albums under their belt and we bounced along with them all the way through from 1987’s Over and Done With right through to the 2015 single You Built Me Up. The crowd swayed as they belted out Sunshine on Leith for which they were joined on stage by violinist Erica Nockalls. I’m Gonna Be (500 Miles) was kept till the end and of course, as anybody could predict, the place exploded.

They certainly started the festival off on a high which carried on right through the weekend.