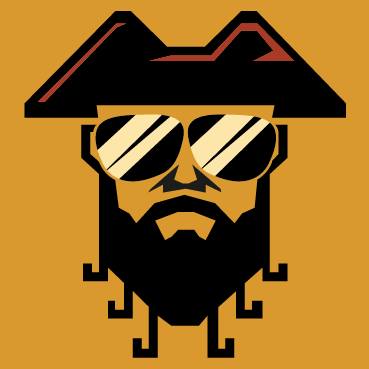 Blackbeards Tea Party are festival veterans, having played a fair number including Glastonbury Festival, Larmer Tree Festival and Bingly Music Live. They are also well known on the folk festival circuit, although their gig on the Black Isle Grassroots Stage at Belladrum is a new one for them as this is the furthest north they have ever played.

They bill themselves as a concert and ceilidh band that can be found playing bigger gigs and also small private affairs. It was at a family wedding that I first came across them, and have been in love ever since. Their fantastic combination of instruments, their mix of traditional folk tunes, modern folk covers and self penned material all combine with the energy they bring to the stage to make an entirely unique and unmissable experience.

They start tonight by bouncing onto the stage (Quite literally in the case of a few members) halfway through their first song. They need no introduction. Blackbeard’s Tea Party show from the beginning of the set that they are born to perform, and each member is having a fantastic time on stage.

It is very interesting to see them perform in a completely different setting than the first time. They mentioned at the wedding that they specifically toned down their set to fit with the event, so there was far more gyrating from the lead singer this time around, and a few more bawdy tunes.

Their percussion heavy track ‘Purple Badger’ is dedicated to the many bits of roadkill they saw on the long road up to the Highlands. ‘Percussion heavy’ is an interesting way for the lead singer to describe the song, considering they don’t have a traditional drum set. They have a member with a djembe, and another with cymbals and a cajon. These, along with the fiddle, electric guitar and melodeon blend together to give Blackbeard’s Tea Party their unique and engaging sound.

The initial level of energy is kept up throughout the set, and starts to infect the audience as they start to move along with the music, and start to join in with their cover of ‘Chicken On A Raft. Apparently this song has actions. At one point the lead singer is handed a pirate flag from an audience member. He makes a striking image holding the skull and crossbones whilst singing ‘Whip Jamboree’, both a fantastic song and the name of their most recent album.

The set ends on a massive high note and I rue anyone who missed them. They are, without a doubt, the highlight of the Friday at Belladrum for me.