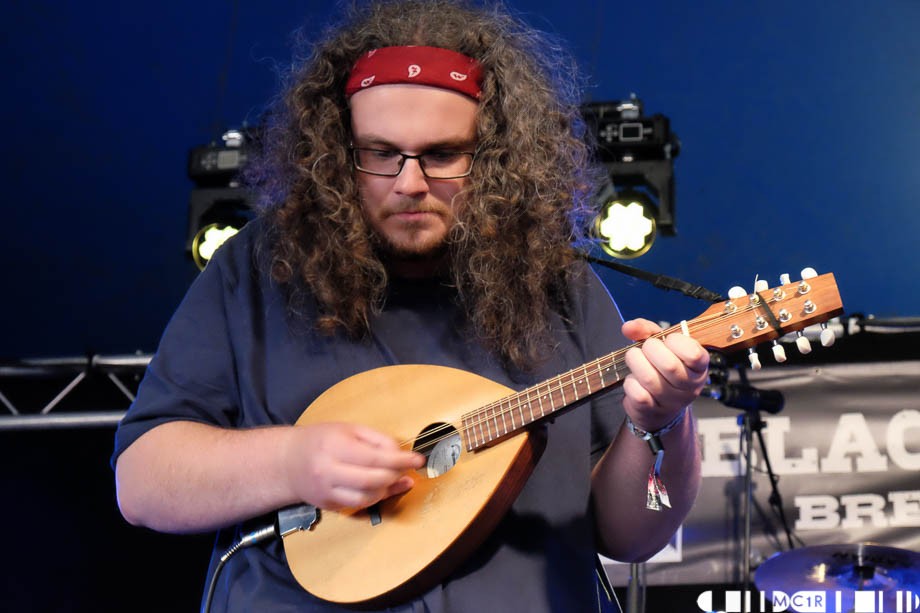 Neo-Trad Quintet The Elephant Sessions brought the Grassroots stage to life on Friday afternoon. Winners of the Scots Trad Music Award for Up and Coming Artist 2014, it’s hard to fault these talented young men. They’ve brought something new and fresh to the Scottish trad scene and toe tapping is infectious in their presence.

The band were slightly disappointed when a slight rejig in the timetabling meant that they landed with an earlier spot however they need not have worried as they played to a packed tent with an atmosphere akin to an evening ceilidh rather than an early afternoon slot. They played many tracks from their debut album The Elusive Highland Beauty and treated us to a new song The Lament for Lost Dignity.

The band invited a special guest, the talented piper Ryan Murphy to the stage to accompany them for several songs. An exciting set from start to finish.