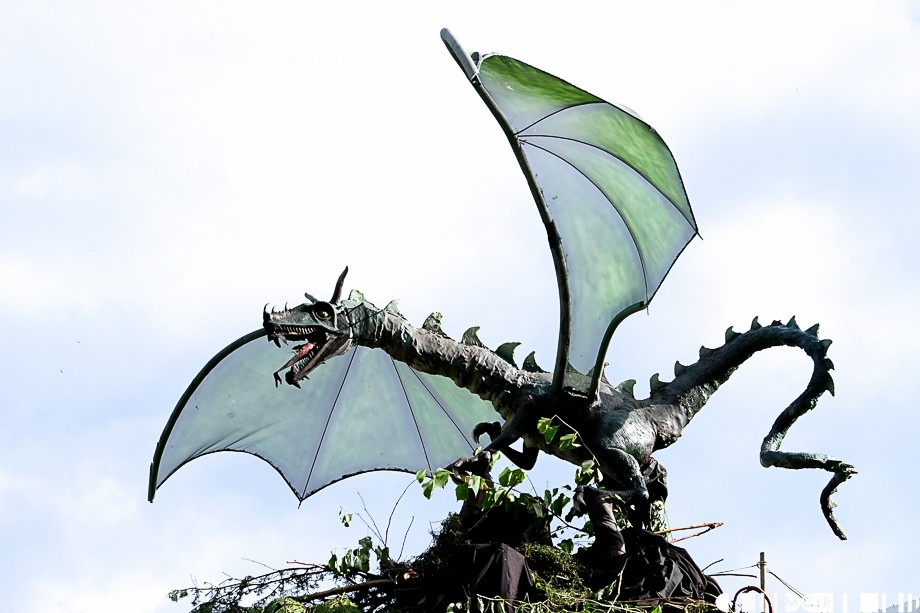 Following an earlier rain shower me and many others pulled on our wellie boots and headed in sharpish to start Belladrum 2015, prepared just encase the heavens opened, which they didn’t.

For lots of folks it’s a feeling of coming home, absorbing in the things you recognise and remembering past adventures, to others they are being born new into the land that will delight all for the next few days. But no matter how many times you have been everyone has two basic needs; drinks tokens and information! On route I popped in finding a good crowd at the Black Isle Brewery to catch Caledonia Ceildh Trail. They are an amazing group of young Scottish musician’s part of a fabulous opportunity that started for them in July to develop their performance skills and get tour experience. Its defiantly working they gave this early crowd a strong performance and got the feet a tapping.

This year I picked up a little black book rather than a lanyard, it’s got information and interviews but most importantly a clash finder for each day, an easy to use overview of everything that’s on, to my delight looks much like a excel page and its same price as the lanyard. To my surprise and others the queue for tokens was nonexistent but even if had been long it wouldn’t have mattered the sun was out and the Guarana drummers were playing a little way away. Quick visit to the bar and a track from Jemma Tweede on the bandstand I headed back to listen a little longer to the enthusiastic drum beats whilst grabbing my marker and marking up my new book.

Returning to the Black Isle Brewery Tent to catch Elephant Sessions finding the room most definitely busy and buzzing, it wasn’t even 12.45pm yet. I have to say I felt my heart race a little faster at the mandolin being sound checked so you can only imagine what happened when they started playing and I was most definitely not alone in my delight. As they delivered strong funk base guitar riffs against a traditional Scottish sound with punchy drums, penny whistle, pipes kicking in to take the beat up and the beautiful deeper tone of the viola. The viola began one of the songs and intoxicated the crowd to the point of statues, this was in total contrast to the rest of the set as feet and hips were a moving.

As well as music there is always an array of different stalls at the festival that you can stroll into on your way around the site. Not all selling beautiful and fun things but there are also charities and education providers giving information, raising money and awareness plus giving out the odd freebies! Badge from UHI nice, oh a donation and a fox badge from RSPB, super nice but overall winner Crofter Commission with colouring in, super sheep masks and a bag containing everything you need to grow a broad bean. Where by other bella folks and I will be sharing pictures of our bean stalks as they grow, keeping the bella magic alive with a new (plant) life and maybe a goose that lays golden eggs.

With such a variety of things on offer there needs to be equal if not surpassing number of locations for these and although it sometimes seems a long way to the walled garden it truly isn’t and getting there was filled with pom pom making, stunting bikes, a petting zoo, umbrellas and a tree lines track leading right up to the gates. This year the walled garden again hosted the crazy and cool Burke and Hair bar/stage and the chilled funky Beetroot Cafe along with the woodland orchestra and even a cinema showing a selection of movies.

The Free Range Folk stage is the main stage is the folk hub of the walled garden and here Imogen Isla Hay could be found centre of the beautiful boat hull shaped stage with her clarsach raised above the audience who were all in awe on comfy hay bales. Imogen just 17 played a number of her new songs written during her time with Music Plus earlier this year when she worked with Rory Green writing ‘Christmas Leavers’, during which it started to briefly drizzle but the crowd stayed mesmerised. Her solo performance also included the oldest song she would do in public ‘Ghost’ written when she was 13 and the emotional and beautiful finally ‘Star Song’ dedicated to her deceased grandparents. She is looking to release an EP in near future so be sure to keep an eye on facebook for information.

Recommended by a friend The Shee (an all female Scottish group of 6) on at the Black Isle Brewery had us up and down in mood at all the right places and even danced a jig for us before finishing on a high. With stunning vocal harmonies, light flute playing and the Harp creating base tones I worked up a thirst ready to cross the road to the Tomatin Bothy once again where there was an lovely we selection of whisky cocktails all served with ice and in a very handy location for my return across the road for Blackbeards Tea Party, a English Folk Rock band from York (read another perspective). The audience were spell bound by the double percussion of bongo and kahon players who shared a drum set at the beginning but the was soon nothing compared to the lead singers crazy energy and embodiment of the rhythm through his whole body, especially his hips, it almost made me blush. Whip jamboree finished things off with a bang and free tea bags.

Caught 10 minutes of Dizraeli and the Small Gods bringing a Hip hop, rock folk mix and was left with their track ‘Never mind’ replay my head as I made my way once again to the Free Range Folk Stage where I would stay the rest of the evening.

Beginning with Something, Someone a trio from Glasgow the lead singer also playing the double base was joined by guitar, fiddle and harmonies. The swallows were swopping around the stage and high above as the gentle melodies with hints of Norah Jones (only better) had the crowd ranging from 1 – 70 (odd) gently smiling and swaying whilsy ignoring the peckish midgies. I know this won’t happen at ever again and I couldn’t help gasp a little as she sung the words ‘is it too much to ask?’ the dragon guarding the walled garden breathed its first fiery breathe of the night, I would say ask what you like with dragons on your team! EP coming soon.

I joined the Zenons friends/family/fan club for some indie rock before finishing off the night listening to the great Talking Point from Beetroot cafe where the Chai Tea was to die for. For me it was the perfect way to finish off a marvellous 1st day of Bella, but the partying elsewhere carried on well into the wee hours.