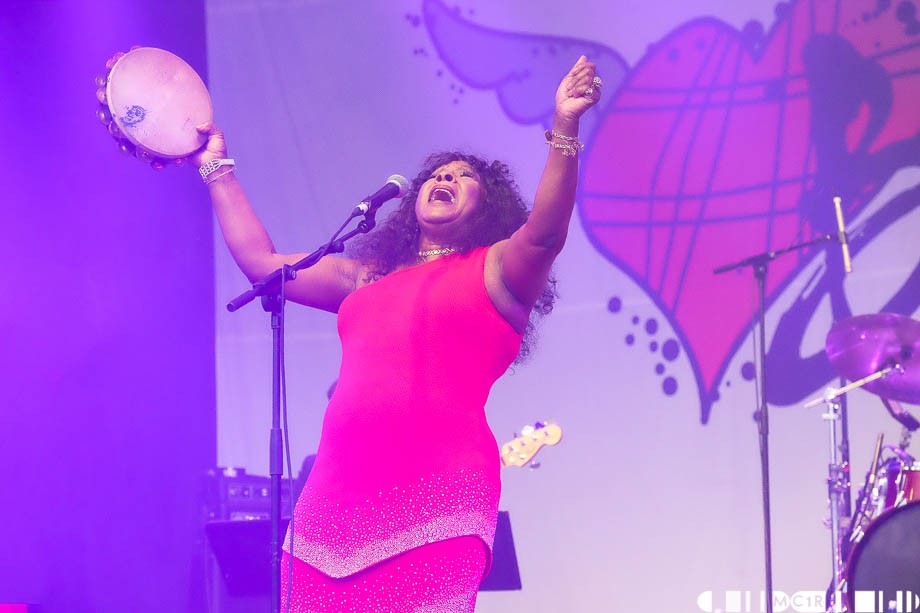 Belladrum 2015, Saturday  with Lionel, Stranglers, The Kaiser Chiefs, a wedding and more.

Following on from a busy Friday, and whereas most festival goers woke up on Saturday nursing their hangovers and planning their day ahead, making choices between whether to see Dorec-a-Belle or Iain McLaughlin and the Outsiders to open their day, I was preparing to attend a Belladrum wedding.

Now when my sister first told me that she was planning getting married on the same weekend as Belladrum I was fearful of her reaction when I told her that I might have an appointment elsewhere. Thankfully when she told me that it was at Bella that made my life a whole lot easier. Of course Lynne you do know that I would have gone to your wedding wherever it was. Honest…

Lynne and my brother-in-law to be Nick Anderson very much love a festival and it was very fitting that they chose Belladrum to host their big day. With assistance from Belladrum’s wedding co-ordinator Lesley Strang they set about organising their big day with the theme very much on festival. Each guest was given a lanyard in advance with a laminated invite to their ‘show’ at 1pm on the Saturday. Dress code was ‘it’s a festival so wear something for a festival and fingers crossed we won’t need wellies’.

The bride arrived on time, in fact if anything a little early! Accompanied by her father and her two bridesmaids, Emma Nicol and Jaki Cameron with little flower girls Evie and Sophie alongside. They were walked up to the Belladrum Temple with Lynne’s niece, Hannah, leading the way playing guitar and singing ‘Caledonia’ as the group approached the front door.

Lynne wearing a strapless, ivory lace dress was met inside the temple by Nick dressed traditionally in Earl of St Andrew kilt and best man David Nicol. Proceedings were led with a light but firm touch by the Findhorn Foundation’s marriage celebrant Judi Buttner. The temple is intimate to say the least and there was no backing out for Nick with the invited guests standing in a circle around the couple.

Following the ceremony there was time for friends and family to mingle and enjoy a few, ahem, light refreshments and some festival style open pies. A small reception (piss up) took place back at a gazebo at their caravan festival base. From there guests dispersed either to travel home or take in more of the festival, and yes I was in the latter group.

But for those that like the wedding details that you would probably get in Hello! magazine the bride’s hair was by Courtney Lynch of Hair Therapy and make-up by Sam Johnston. The traditional cake was replaced by a tower of cupcakes and supplied by House of Treats Inverness, as were the marshmallow bouquets which were held by the bride and bridesmaids.

With time marching on my first musical act of the day was Lionel in the Seedlings tent. I’ve caught Lionel on numerous occasions and they never ever fail to impress. There brought a huge crowd with them for the Seedlings and powered their way through a set in their own inimitable laid back but driven way.

The rest of my day then concentrated on the main stage with Martha Reeves and the Vandellas taking us back in time. Martha could fairly talk and was enjoying herself as much as anyone at the festival. Her infectious energy was contagious and made up for vocals that aren’t once what they used to be. That said this nostalgia slot at Bella always proves popular with the likes of Candi Staton and The Wailers having filled it previously.

The Stranglers then had the honour of setting up the evening for the headline act. What they did well was bringing out the hits. Everyone would have found a favourite in there. With the high tempo the crowd were certainly warmed up for the Kaiser Chiefs.

And so to the Kaiser Chiefs. Following the fairly average headline the night before the festival was looking to finish on a bang. The Kaiser Chiefs certainly delivered with an excitable Ricky Wilson charging around the stage stoking up the crowd. He really knew how to work a crowd, something that was sadly lacking the night before.

The atmosphere in the crowd was fairly riotous, in a nice way, throughout the set and adding Pinball Wizard to the night let you see that there is more than a passing nod to musical theatre in Ricky’s frontman antics. This really was how a headliner should perform, taking it up that notch above what has gone before.

So another Belladrum drew to a close. It’s easy to say, ‘best one yet’ etc but what you really get at Belladrum is consistency. Each year that you go back you never feel short changed; you always feel fully entertained. This year was no exception and why shouldn’t it be?