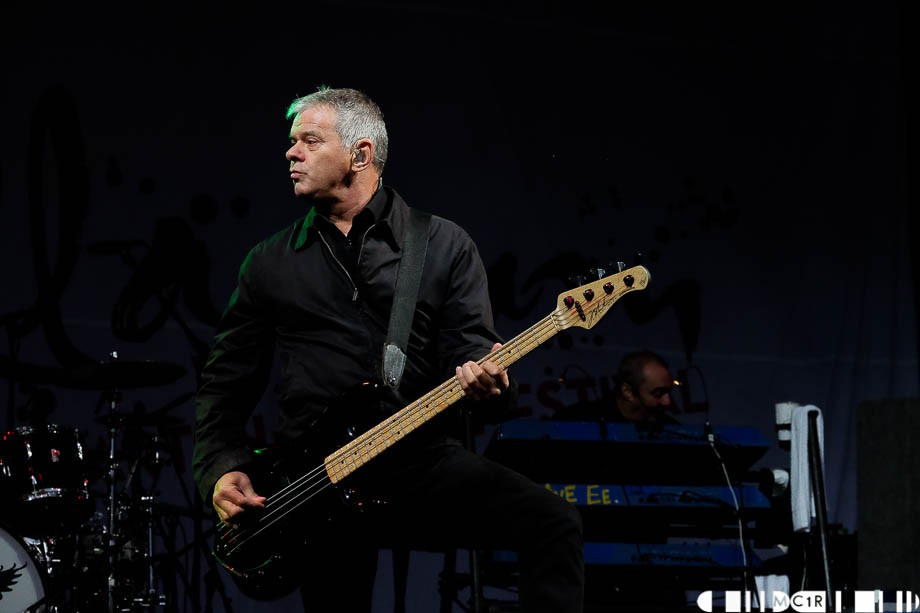 On Saturday night, the last act to grace the Tartan Heart Festival Garden Stage before the main headliner were English punk rock legends The Stranglers.

With a career spanning more than 40 years and over 20 UK top 40 singles, it may be fair to say expectations were a little high and I think given the reaction of the Belladrum crowd, they were definitely met. More often than not, I feel that bands of a particularly age, having had a long and successful career come across as if they are clinging on to a former golden age, unwilling to move on and leave their former style behind however this cannot be said for The Stranglers.

They took to the stage, sharply dressed, cool and all in black. Their hour long set comprised of a range of material, including new material recorded with current frontman Baz Warne and their most successful hits which were originally song by Hugh Cornwell who left the band in 1990. Singles such as Golden Brown and Peaches were inevitably the most popular with the crowd.

Although only two of the original members now remain -drummer Jet Black still occasionally plays however due to health reasons is often unable to- the band have kept their original, stand out sound which made them so popular in the very beginning.

The set ended on a high with the 1977 single No More Heroes. Fitting considering the Belladrum Superhero theme which saw a high proportion of Batmans (Batmen?) making up the Stranglers delighted audience.

See our review of the headliners for that night, The Kaiser Chiefs.